This dozy puppy almost had his last Christmas dinner — after he swallowed a star decoration.
Yorkshire Terrier Charlie found the old Christmas star as he rummaged in
owner Felicity Clifford’s bin. 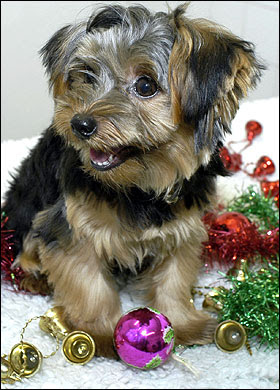 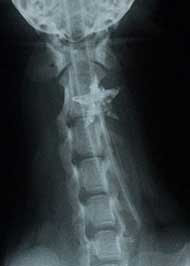 She thought the five-month-old pup had swallowed a bone — but an X-ray revealed the star. Charlie made a full recovery after it was taken out with forceps under anaesthetic. Vet Robert Newcombe of charity PDSA’s hospital in Plymouth, Devon, said: “I’ve seen odd things as a vet but this is the strangest ever.”
Posted by The Man at 11:55 AM No comments:

Songbirds fly free as China turns its back on 2,000 years of history 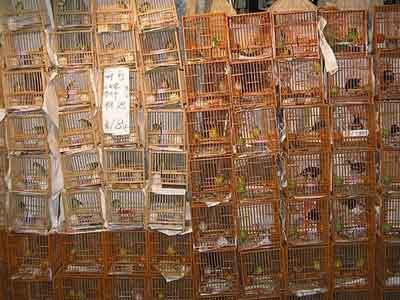 For 2,000 years the song thrush has brought music to the ears of millions of Chinese. Now the ancient tradition of buying, caging and keeping wild song birds looks destined to die out. A new law banning the trade in seven species of wild birds takes effect on January 1. The aim is to try to save China's dwindling numbers of birds. It will also undermine the bustling local markets that are a familiar sight across Chinese cities and towns. The change in rules signals the likely demise of an integral aspect of Chinese life that dates back to the Han dynasty. Anyone who already has a bird will be allowed to keep it. But among the seven birds that will be banned from sale is the huamei — or song thrush — which has long been the species of choice for bird-keeping enthusiasts. Those buying or selling the birds will face a fine of up to ten times the price of the bird. It is the first time that Beijing environment officials have changed the list of protected species since 1989.

Woman stayed at Wal-Mart for three days
A Wal-Mart shopper overstayed her welcome at the 24-hour store in Lilburn. Gwinnett County police escorted the shopper home after she stayed there for three days eating and sleeping inside the store.Because of all the Christmas shoppers, the woman was able to blend in with the carts, crowds and chaos and go unnoticed for 72 hours a week before Christmas. When asked by Wal-Mart employees why she was there for so long she simply said, 'I'm shopping.'The woman was escorted home by police after she paid for her merchandise.With news video.

Court orders man to stop screaming at small children
An Alameda County court ordered a Berkeley man on Thursday to stop screaming and glaring at small children and their parents who use a tot park next to the man's Roosevelt Avenue home.
Art Maxwell, who lives next to the Becky Temko Tot Park, has been in a verbal war with parents and their children over noise levels in the park for nearly a year. Parents say Maxwell curses at their children and makes them cry, plays loud music outside while they use the park, videotapes them, and dishes out menacing stares at those who offend his peace and quiet. Maxwell contends park users are violating the city's noise ordinance and he is just trying to get some rest following a painful spinal cord injury last February.

Man goes missing but family do not realize for seven years
A family have reported a missing relative - seven years after he disappeared.Ian Glyn Davies, 56, was last seen in 2000 leaving the London home of a nephew. Relatives in South Wales thought he was at home near Neath but had not contacted him since. They only raised the alarm when he failed to show at a friend's funeral.
A photo of the missing man has been issued, although officers say it was taken around 20 years ago. Police are looking for him in London and Wales. Neath Sgt Nikki Thomas said: "We ask Mr Davies to contact us to confirm he is safe and well."

School Suspends Girl for Booze-Candy
CUCAMONGA, Calif. (AP) - A school district suspended a 12-year-old for having a piece of chocolate candy filled with a half-ounce of booze.
The unidentified seventh-grader was sent home from Alta Loma Junior High School three days before the winter break after a friend gave her a vodka-filled, foil-wrapped candy in the hall on her way to class Wednesday.
Another student apparently saw the girl get the candy and told school officials.
She cannot return until Jan. 7, and then she must adhere to a contract between, the student, parent and school that outlines expected behavior.
The girl was disciplined for having "possession, used, sold, furnished or been under the influence of any controlled substance, alcohol or intoxicant," according to her suspension notice.
The girl's mother said officials in the Alta Loma School District overreacted, noting the girl didn't eat the chocolate that was found in her purse.
"The punishment doesn't fit the crime," the mother said. "They made this an upsetting and dramatic situation that could have been handled a number of different ways."
The girl was disciplined just once before for talking in class, said her mother, whose name was withheld to protect the identity of her daughter.
Mike Whisenand, the district's assistant superintendent of personnel and support services, declined to comment on the girl's suspensions but said any amount of alcohol on campus is against the law.
The State Education Code "says (an) intoxicant of any kind. It doesn't mention flavor, size or quantity," Whisenand said. "Any type of alcohol can be cause of suspension. I certainly wouldn't call it candy."

Man Buys Truck With Loose Change
FRANKFORT, Ind. (AP) ― Paul Brant considers himself a penny pincher, but his savings in quarters and dollar coins really paid off. Brant, 70, used more than $25,000 in change to help buy a new Dodge Ram half-ton pickup truck Friday - 13 years after buying another truck with spare change. "(The old truck) didn't have four-wheel drive, and living in the country, I figured I better get a new one to help get me through the snow," he said. Brant said he was raised to be thrifty. His father always paid in cash and saved up loose change to take vacations. Brant has been storing his change for years, and estimated he had about $26,000 in coins for Friday's purchase. In 1994, he bought a Dodge pickup and a Dodge Neon using about $36,000 in quarters. "As long as you don't put your hands back in the till, it really adds up," he said. Brant stored his change in coffee cans, water jugs and piggy banks over the years, and was escorted by sheriff's deputies as he brought the rolled coins to the dealership. A Mike Raisor Chrysler Dodge and Jeep employee who sold Brant the truck said the dealership called in an armored car to count and handle the coins. "No bank wants to take them," Keith Gephart said.
Posted by The Man at 5:35 AM No comments: 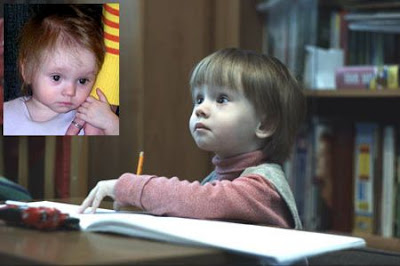 These are photos of Russian kids adopted from “children’s home” the worst place for a kid to be. They get there a budget of $100/mo for each kid, they don’t have toys they don’t have love of parents it’s sad and that’s great that there are people even in Russia who can adopt and save kids.
All the photos are in “Before and After” manner, you can easily tell where is the “before” photo.
(more…)
Posted by The Man at 5:31 AM No comments: