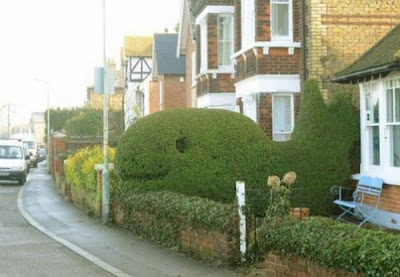 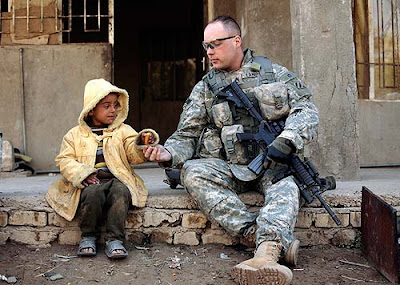 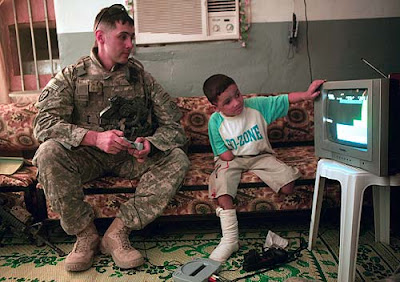 Aug. 3, 2008: U.S. Army Capt. Charles Ford plays a video game with seven-year-old Wa'ad, who lost an arm and a leg to an improvised bomb, during a visit to the child's home near Muqdadiyah, about 90 kilometers (60 miles) north of Baghdad in Iraq's volatile Diyala province. 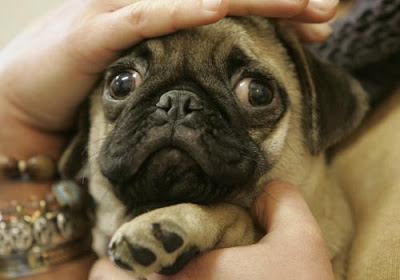 A Pug puppy is held by an animal rights activist during a press conference on illegal puppy trafficking, in Rome, Thursday, Nov. 20, 2008. 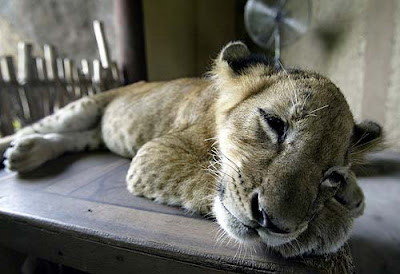 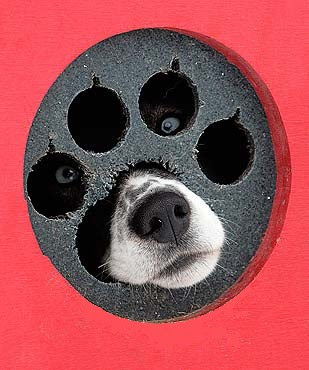 March 2, 2008: One of Tim Osmar's sled dogs looks out of its pen before the start of the Iditarod Trail Sled Dog Race in Willow, Alaska. 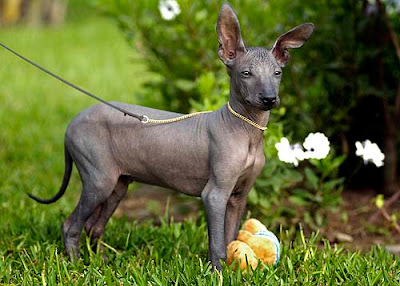 A four-month-old puppy called "Machu Picchu" is seen in Lima, Tuesday, Nov. 11, 2008. The owners of the animal, a Peruvian Hairless Dog, have offered it to U.S. President-elect Barack Obama. Obama has promised his daughters a new pet for the White House but one of them is allergic to most breeds. The owners of the Peruvian Hairless Dog say it is perfect for kids who are sensitive to dogs. 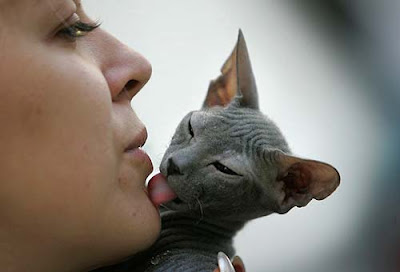 May 24, 2008: Belarusian Tatiana Litvinchuk holds her cat at an international cat exhibition in Minsk, Belarus. 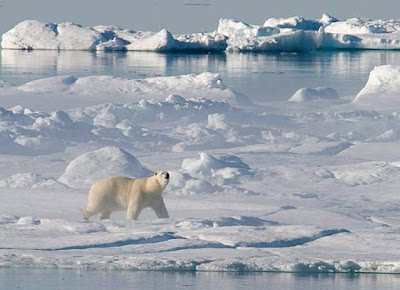 July 10, 2008: A polar bear stands on a ice flow in Baffin Bay above the arctic circle as seen from the Canadian Coast Guard icebreaker Louis S. St-Laurent. The Louis S. St-Laurent is on its annual voyage through Canada's Arctic that includes patrols through the Northwest Passage. In addition to serving the people of Canada's North the ship is carrying a team of scientists studying climate change and the health of Canada's three oceans. 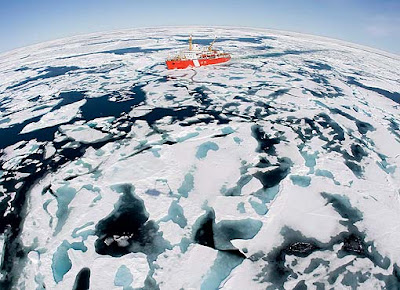 July 10, 2008: The Canadian Coast Guard icebreaker Louis S. St-Laurent makes its way through the ice in Baffin Bay,. The Louis S. St-Laurent is on its annual voyage through Canada's Arctic that includes patrols through the Northwest Passage. In addition to serving the people of Canada's North the ship is carrying a team of scientists studying climate change and the health of Canada's three oceans.
.
Posted by The Man at 4:52 PM No comments:

Funny but Not Funny 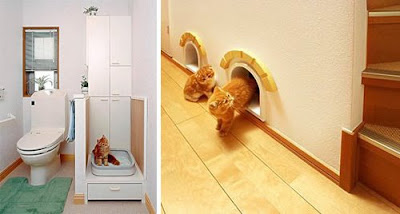 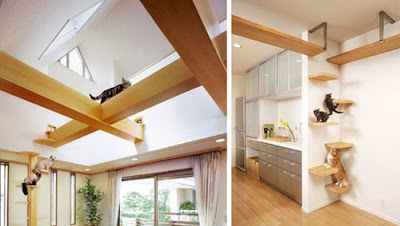 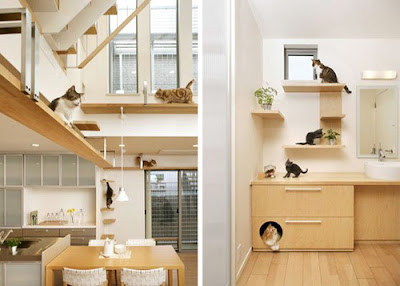 Take the $20G, Keep Your Stuff

Facing snowballing medical expenses for their two young disabled children, Gregg and Brittiny Peters quipped they might need to sell everything they owned to stay solvent. As the bills tipped $10,000, however, the idea was no longer funny.
So on Thursday, the Georgia couple accepted a winning $20,000 eBay bid for all their belongings minus their house. It came with one catch. The winning bidders, Donnia and Keith Blair of Texas, want the family to have the money, but keep their stuff.
Seems like the perfect happy ending, except the Peters don't want the money. They say the whole idea was to start over, not take a handout.
The decision is out of their hands, the Blairs say.
"They've worked really hard to get those things and we're in a position to help them," Donnia Blair told The Associated Press Friday. "She can just act like they're my storage facility."
The Peters' lives and finances changed dramatically last April, when their 2-year-old son Noah was diagnosed with autism and with sensory and gastrointestinal disorders. Then in the summer, doctors diagnosed their 7-year-old daughter Ayla with juvenile arthritis. They also have a 1-year-old son, Eli.
Special treatment for the two older children costs about $2,000 a month and the Peters are carrying a $1,400 mortgage on their house in a suburban area about an hour north of Atlanta, said Brittiny Peters, a stay-at-home mom whose husband runs a tennis academy for middle and high school students.
They soon began keeping a list of what they could give away — a jogging stroller here, a dining table there.
"Then it kind of hit us both, let's just sell it all," she said, explaining the couple figured "we will buy these things again some day."
They listed approximately $40,000 worth of items on the popular online auction, from DVDs and leather coats, to the king-sized bed where the family had Saturday morning pillow fights, according to a Web site set up by well-wishers trying to help the couple.
The Peters spent Friday morning trying to persuade the Texas family to accept their belongings, which include a 2000 Chevrolet Tahoe. They even tried to retract the couple's bid.
"They are apparently not willing to take our stuff," Brittiny Peters said. "They're purchasing them to give them back to us."
Now they aren't sure what their next step is.
They are also trying to figure out what to do with money raised on the Web site, www.everythingweown.org. They didn't ask for the money and their efforts to return donations have upset some people, Brittiny Peters said.
The Peters are perfectly willing to stick by the bargain. But the Blairs — who wouldn't give details on how they can afford to give away $20,000 — won't budge.
"We've really been blessed the last few years and we saw an opportunity to help," Donnia Blair said.
.
Posted by The Man at 11:25 AM No comments: