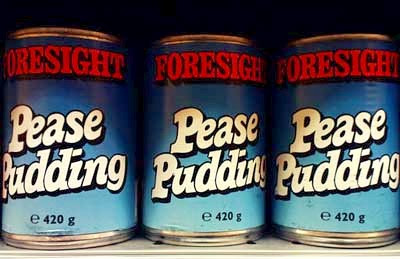 Airport staff issued a security warning after a passenger tried to carry pease pudding on to a plane. The traditional northern snack – made from boiled split peas and ham fat – was confiscated from hand luggage at Newcastle International airport. It was part of the 450 liters of banned liquids seized by staff each day, including suntan lotion and jars of Marmite. Chris Davis, the head of operations, said it was costing the airport a fortune in recycling and waste disposal. He said: "We're asking our customers to make sure they're aware of what can and can't be taken through the security search in their hand luggage."
.
Posted by The Man at 2:41 PM