Come on down boy!

Dog gets stuck for 5 hours barking up the wrong tree! 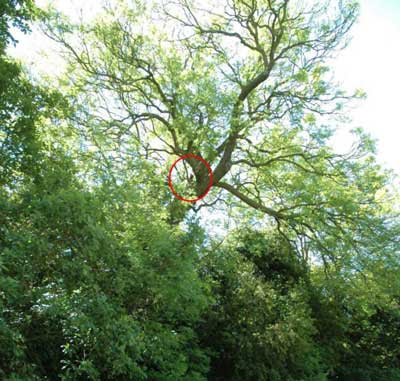 Daring Norfolk Terrier Bruce got more of a walk than he bargained for –– when he got stuck up a tree after chasing a squirrel in Mansfield Woodhouse.
The adventurous hound was left trapped for around five hours on Tuesday before he was rescued by RSPCA officials and reunited with owners Glenice and Barry Clapperton.Said Barry: "He's only about 15 months old and he's a bit mischievous but he doesn't normally do that kind of thing!"We were a bit worried while he was up there because it was about 50ft up — but as soon as he was back down he was back running around again like nothing had happened." 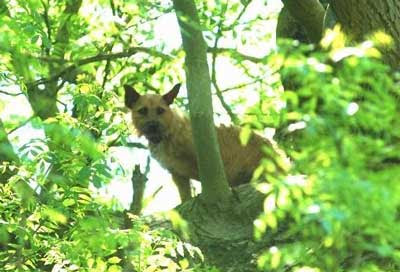 RSPCA inspector Tina McAdams says the incident was a first for her and described how Bruce was rescued from the tree, off New Mill Lane."We got him down on all fours eventually with the help of a tree surgeon who came out to help," she said. "If I hadn't have seen it with my own eyes I wouldn't have believed it!"
With more photos
.
Posted by The Man at 12:41 PM