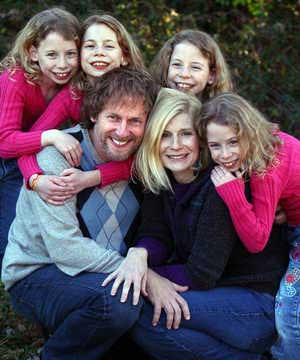 Grace, Emily, Mary Claire and Anna are still having fun.
.
The famous video featured the four babies sprawled in bed around their mother, Allison, and cackling at the funny faces made by the man behind the camera, dad Steve. Years later, people still can't get enough of it. One YouTube version has received nearly a million hits in the past year alone.
.
Baby Quadruplets Laughing
.
Posted by The Man at 7:41 AM