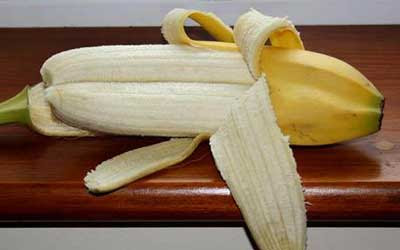 Cedric Hooper, who bought some bananas at his local supermarket, was astonished when he got home and found one skin contained two bananas.
But it wasn't until the 69-year-old got home that he noticed the odd feature of the bunch.
"This banana looked fatter than the others we bought and when we split it open there were two inside instead of the usual one," he said.
"They were both within the same skin - it looked really strange.
"I like a banana most days and have bought thousands - but I've never seen anything like this one." Mr. Hooper said "Both tasted fine."
.
Posted by The Man at 8:29 AM