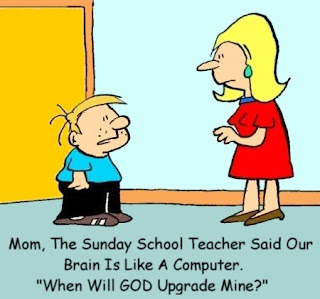 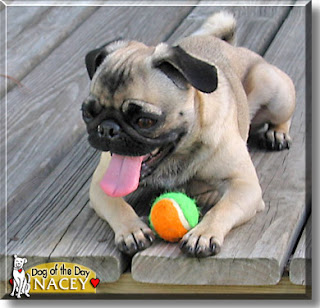 Nacey was nine months old when she first came to us; we were fostering her until she found a home. We had her about a month when she got a home. Well, six weeks later we got a phone call saying that the home wasn't working out and could we take her again. After that we decided that she belonged with us, this is her forever home.

Nacey loves to play with whatever she can get her little paws on. She loves to chase her little mini tennis balls and play tug of war with her doggie sister, Nova. Every day Nacey brings joy into our lives. We love so very much, she is our Nacey girl!

A doctor goes out and buys the best car on the market, a brand new Ferrari GTO.
It is also the most expensive car in the world, and it Costs him $500,000.
He takes it out for a spin and stops at a red Light.

An old man on a Moped, looking about 100 years old, pulls up next to Him.
The old man looks over at the sleek shiny car and asks, "What kind of car ya got there, Sonny?"

The doctor replies, "A Ferrari GTO. It cost half a million dollars!"

"Because this car can do up to 250 miles an hour!" states the doctor proudly.

The Moped driver asks, "Mind if I take a look inside?"

"No problem," replies the doctor.

So the old man pokes his head in the window and looks around.
Then, sitting back on his Moped, the old man says, "That's a pretty nice car, All right...but I'll stick with my Moped!"

Just then the light changes, so the doctor decides to show the old man just what his car can do.
He floors it, and within 30 seconds, the Speedometer reads 150 mph.

Suddenly, he notices a dot in his rear view mirror. It seems to be getting closer!

He slows down to see what it could be and suddenly:

WHHHOOOOOOSSSSSHHH! Something whips by him going much faster!

"What on earth could be going faster than my Ferrari?" the doctor asks Himself.

He floors the accelerator and takes the Ferrari up to 175 mph.

Then, up ahead of him, he sees that it's the old man on the Moped!

Amazed that the Moped could pass his Ferrari, he gives it more gas and Passes the Moped at 210 mph. WHOOOOOOOSHHHHH!

He's feeling pretty good until he looks in his mirror and sees the old Man gaining on him AGAIN!

Astounded by the speed of his old guy, he floors the gas pedal and takes The Ferrari all the way up to 250 mph.
Not ten seconds later, he sees The Moped bearing down on him again!

The Ferrari is flat out, and there's nothing he can do!

Suddenly, the Moped plows into the back of his Ferrari, demolishing the Rear end.

The doctor stops and jumps out and unbelievably the old man is alive.

He runs up to the mangled old man and says, "Oh my gosh! Is there anything I can do for you?"

The old man whispers, "Unhook my suspenders from your side view mirror."
Posted by The Man at 6:28 AM No comments: 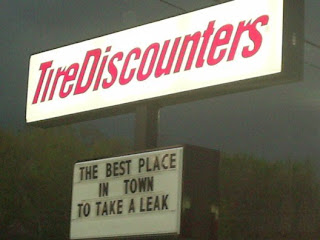 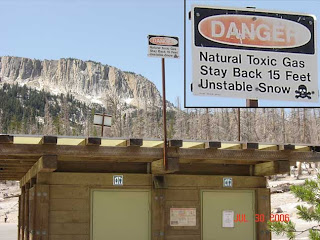 A Chinese store owner is dressing up her pet dog in jeans and a t-shirt to welcome and attract customers. 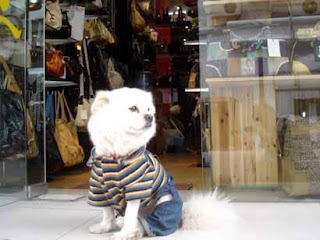 The dog, wearing his distinctive outfit, sits on the front step of the leather goods shop in Suzhou city.

"He is very polite. When a customer comes in, he will smile, and bark in welcome," the owner told People's Daily.

"And when a customer is leaving, he will bow, expressing thanks."
Posted by The Man at 2:16 AM No comments: