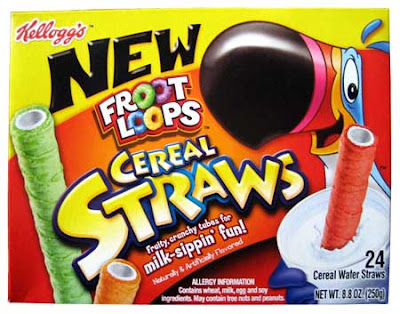 http://www.theimpulsivebuy.com/wordpress/2007/06/28/budweiser-barbecue-sauce/
Posted by The Man at 10:46 AM No comments:

A teacher was giving a lesson to her young students on the circulation of blood in their bodies.
Trying to explain the lesson clearer, she told her class if I stood on my head, the blood as you know would run into my head and I would turn red in the face.
"Yes," the class said.
"Then why is it that while I am standing upright position the blood doesn't run into my feet and make them turn red?"
A young boy shouted, "Because your feet ain't empty."
Posted by The Man at 10:44 AM No comments:

Bush and a visit to New Zealand

A visit to New Zealand by United States President George W. Bush is being actively considered in Washington.
The visit would follow his attendance at the annual Apec summit in Sydney on September 8 and 9.
Would you like George Bush to visit NZ?
Here is a selection of Your Views:

Dave (Auckland CBD) New Zealand customs would never allow well known terrorists into the country, so why let Bush? He is responsible for the hundred's of thousands of deaths in the middle east since his "coalition" of killers invaded Iraq, just so "Daddy and friends" can get their hands on the oil and also make enormous amounts of money in arms dealings. Bush is not welcome in NZ! Let's not let the evil monkey set foot in God zone!

Martina (Auckland) We should not be giving Bush the impression that he is welcome here, because he is obviously not. I would resent us funding his useless little visit, too.

Richard I would welcome Bush into NZ, he is very welcome here. And I hope our Government gives him the welcome he deserves and arrests him, and charges him with war crimes and crimes against humanity. This war criminal should be treated like all war criminals.

Steve Schoenberg I would favor Bush visiting only if we promptly arrest him for war crimes. Providing he is in jail, I would favor him staying a while.
John W No thanks! The only place Bush deserves to visit is a court for war criminals, along with his blood-soaked greedy mates Rove and Cheney.
Posted by The Man at 10:34 AM No comments:

There are a lot of interesting facts with U.S. Census data to back it up.
For instance:

For every 100 girls enrolled in gifted and talented programs in public elementary and secondary schools there are 94 boys enrolled.

http://boysproject.net/statistics.html
Posted by The Man at 10:24 AM No comments:

How smart are you?

I got 19 out of 25 right with out cheating.
How many can you get right?
Post yours under comments.
Posted by The Man at 7:58 AM No comments: 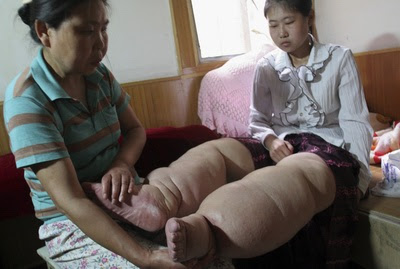 Wang Cheng (R) sits beside her mother in Xuzhou, east China's Jiangsu Province.
Wang, 23, is suffering from an unknown disease, which she contracted when she was seven.
The disease has caused her legs to continue to grow, with the widest part of her leg currently measuring 70 cm (27.6 inches), local media reported.