What's in a name?

A lot, if you're a celebrity. 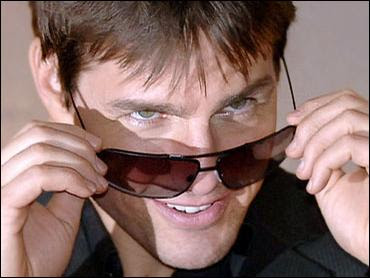 This slideshow reveals their given names of celebrities when born.

Why do women’s clothes button from the left, while men’s button from the right?
It is hardly surprising that clothing manufacturers might adhere to uniform standards for the various features of garments bought by any given group.

What seems strange, however, is that the standard adopted for women is precisely the opposite of the one for men. If the standard were completely arbitrary, that would be one thing. But the men’s standard would appear to make more sense for women as well.

Around 90 per cent of the world’s population is right-handed, and it is easier for right-handers to button shirts from the right. So why do women’s garments button from the left?

This is an example in which history seems to matter. When buttons first appeared in the 17th century, they were seen only on garments of the wealthy. At that time it was the custom for rich men to dress themselves and for women to be dressed by servants.
Having women’s shirts button from the left thus made things easier for the mostly right-handed servants who dressed them. Having men’s shirts button from the right made sense not only because most men dressed themselves, but also because a sword drawn from the left hip with the right hand would be less likely to become caught in the shirt. Today, virtually no women are dressed by servants, so why is buttoning from the left still the norm for women?

After all, women had grown accustomed to shirts that buttoned from the left and would have to develop new habits and skills to switch.

Beyond that practical difficulty, some women might also have found it socially awkward to appear in public wearing shirts that buttoned from the right, since anyone who noticed would assume they were wearing men’s shirts.
Posted by The Man at 2:40 PM No comments:

A hamster and a cat