Stunt Hamster Hammy
.
.
Hamster runs Dog Agility Coarse!
The obstacle course consists of 5 hurdles, a see-saw, an up-down weave, a hoop and a collapsed tunnel. Watch as this hamster go through the whole course.
.
Posted by The Man at 4:17 PM No comments:

34 years ago yesterday...The Wreck of the Edmund Fitzgerald

Edmund Fitzgerald, a 729 foot ore carrier, which apparently broke apart and sunk last night on Lake Superior. The ship and its 29-man crew vanished in a storm with 80 mile-an-hour winds and wave heights up to 25 feet. All that has been found is an oil slick and some debris.
.
.
Lyrics:

The legend lives on from the Chippewa on down
of the big lake they called "Gitche Gumee"
The lake, it is said, never gives up her dead
when the skies of November turn gloomy
With a load of iron ore twenty-six thousand tons more
than the Edmund Fitzgerald weighed empty,
that big ship and true was a bone to be chewed
when the Gales of November came early

The ship was the pride of the American side
coming back from some mill in Wisconsin
As the big freighters go, it was bigger than most
with a crew and good captain well seasoned,
concluding some terms with a couple of steel firms
when they left fully loaded for Cleveland
And later that night when the ship's bell rang,
could it be the north wind they'd been feelin'?

The wind in the wires made a tattle-tale sound
and a wave broke over the railing
And ev'ry man knew, as the captain did too
'twas the witch of November come stealin'
The dawn came late and the breakfast had to wait
when the Gales of November came slashin'
When afternoon came it was freezin' rain
in the face of a hurricane west wind

When suppertime came the old cook came on deck sayin'
"Fellas, it's too rough t'feed ya"
At seven P.M. a main hatchway caved in; he said,
"Fellas, it's bin good t'know ya!"
The captain wired in he had water comin' in
and the good ship and crew was in peril
And later that night when 'is lights went outta sight
came the wreck of the Edmund Fitzgerald

Does any one know where the love of God goes
when the waves turn the minutes to hours?
The searchers all say they'd have made Whitefish Bay
if they'd put fifteen more miles behind 'er
They might have split up or they might have capsized;
they may have broke deep and took water
And all that remains is the faces and the names
of the wives and the sons and the daughters

Lake Huron rolls, Superior sings
in the rooms of her ice-water mansion
Old Michigan steams like a young man's dreams;
the islands and bays are for sportsmen
And farther below Lake Ontario
takes in what Lake Erie can send her,
And the iron boats go as the mariners all know
with the Gales of November remembered

In a musty old hall in Detroit they prayed,
in the Maritime Sailors' Cathedral
The church bell chimed 'til it rang twenty-nine times
for each man on the Edmund Fitzgerald
The legend lives on from the Chippewa on down
of the big lake they call "Gitche Gumee"
"Superior," they said, "never gives up her dead
when the gales of November come early"
.
Posted by The Man at 3:42 PM No comments: 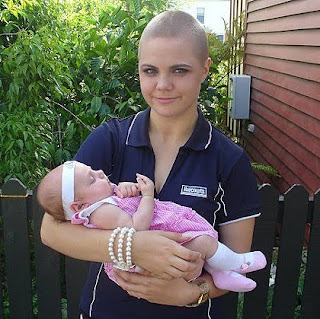 The mother of a 15-year-old girl suspended from school for shaving her head to raise money for cancer charities says her leukemia-stricken husband is proud of her actions.
Emily Pridham was sent home from Mount Alvernia College yesterday and will not be allowed back until her hair grows back after she shaved it off as part of a cancer research fundraiser on Saturday.
The Catholic girls' school has cited its dress code policy for the temporary ban.
She told ABC radio her daughter had made the decision to part with her locks as a way to cope with her father's battle with leukemia.
"I understand that school rules have to be abided by. However, I've gone through the school rules and the uniform policy and nowhere does it say that a girl cannot shave her head," Ms Pridham said.
"At no stage did [the school] contact me or tell me. At no stage did I think I needed their permission for Emily to do this.
A Facebook group supporting Emily's decision to shave her head has appeared, with members calling the school's decision a 'joke' and an 'absolute disgrace'.
Emily's mother said her daughter had struggled with her father's diagnosis and saw the fundraiser as a way to deal with it.
"Ten months ago he was given six months to live and we had to explain all of this to Emily," she said.
"I didn't want her to do it. She had beautiful, long blonde hair halfway down her back and I told her she might regret it because she can't just stick it back on ... but she's just been so determined to do it."
The school has defended its actions to enforce uniform guidelines and has said other, "ongoing issues" were behind the suspension.
But Ms Pridham said the only trouble her daughter had been involved in included a warning over nail polish after the school formal two weeks ago and her use of a rude word in the presence of a teacher.
She said her husband, who has undergone a bone marrow transplant, was supportive of Emily's decision to go bald.
"He is very proud of her as everybody that knows her is," Ms Pridham said.
"He is very angry and worried about the rest of her academic year."
Ms Pridham said she had been in contact with the school about the suspension order.
.
Posted by The Man at 3:37 PM 3 comments: 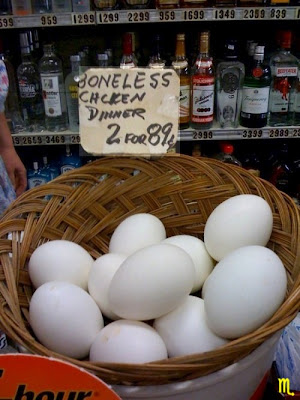