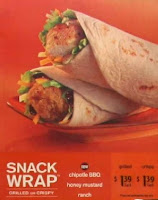 .
.
"McDonald’s might have to come up with a new ‘two all-beef patties’ jingle for its newest product. The chain is testing the Snack Wrap Mac, which puts a new spin on the old classic: half a beef patty, special sauce, lettuce, cheese, pickles, onions — wrapped in a flour tortilla."
.
.
Posted by The Man at 3:08 PM 1 comment: 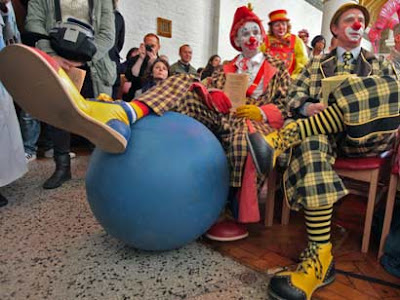 Health and safety advisers have banned a circus clown from wearing his big, floppy shoes.
Valerik Kashkin was performing in Liverpool with the Moscow State Circus when he fell from a 10ft-high wire, hurting his left foot.
Now he has been told he can no longer wear his giant comedy shoes because they are a health risk, reports the Daily Mail.
Mr Kashkin continued with the show in Sefton Park but was still in pain and went to hospital later when he was told he had broken his metatarsal.
Health and safety advisers to the circus then told him his size 18 clown shoes would have to go.
The 40-year-old, from Temruk, in Russia, said: "The shoes are an important part of my costume, and I was disappointed to be told I couldn't do this part of my act.
"I feel fine, and think I could do it in the shoes - the impact might be lost on the audience now."
Paul Archer, general manager for the circus, agreed, saying: "I think it will definitely detract from the visual aspect of the performance.
"But we live in a litigation world, and I guess we just have to follow through these procedures. It's a real balancing act."
Larry Dewitt, health and safety adviser to the circus, said: "I'm not a believer in political correctness, or doing things for the sake of doing it. However, you have to take a commonsense approach with these things - if it's stupid, don't do it."
.
Posted by The Man at 3:01 PM 1 comment: 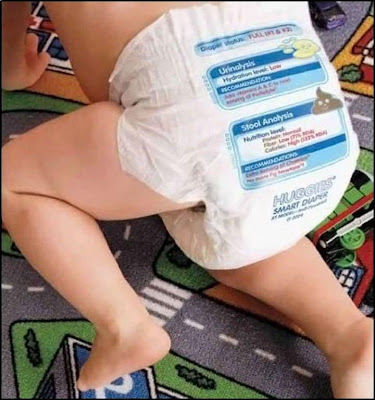 Pick Your Own Nose 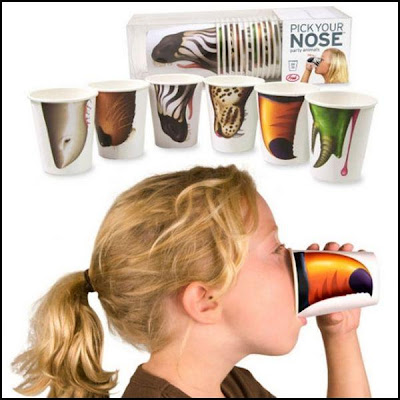 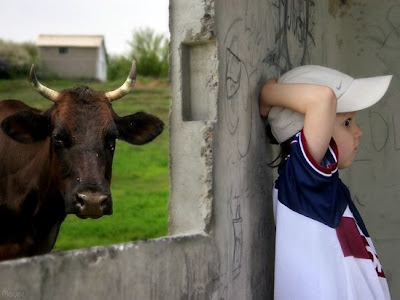