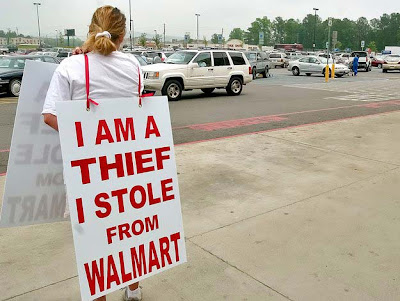 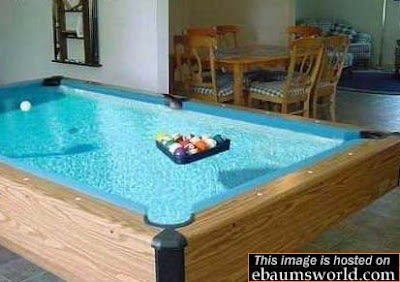 Bar gossip leads to surprise for couple
A Czech couple who decided to take a DNA test to squash persistent pub gossip and prove that their 10-month-old baby was their own got a surprise. The couple, from the southeastern town of Trebic, had some doubts about the child as her hair was blonde and they both had dark hair. Fellow drinkers' suspicions got on their nerves. But the test showed neither of the parents had the same DNA as the baby, Czech news agency CTK reported Wednesday, suggesting a mix-up at the hospital. » Article here
Posted by The Man at 12:16 PM No comments:

Photographer gets the picture and the suspect

Several police agencies are lauding a Sun Journal photographer for tackling a suspect who jumped from a third-floor balcony to escape the officers pursuing him. Photographer Russ Dillingham was credited with helping police capture 35-year-old Norman Thompson of Lewiston as Thompson tried to flee from police and federal agents. 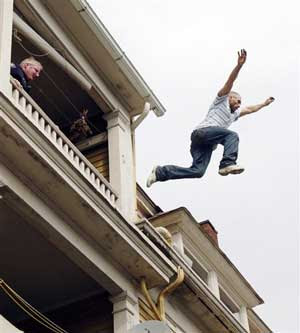 "We never would have caught this guy without Russ," said Lewiston police Detective Sgt. Adam Higgins. "He was able to take pictures, tackle the guy and then hold him for us." For a week, investigators from Lewiston, Auburn and the Maine State Police as well as the Maine Warden Service had been searching for Thompson on charges that he stole several vehicles and led police on chases around the county. 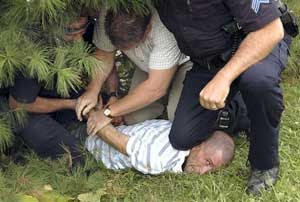 After he was arrested, Thompson was taken to Central Maine Medical Center where he was treated for injuries suffered in his jump. Police said it appeared Thompson had sprained at least one of his ankles. Dillingham says he acted on instinct. "I always kind of wondered what I'd do in a situation like that," he says. "But you don't even think about it. You just react."

Fl. Woman Finds Full Bag Of Cash & Turns It In

There was $65,000 In The Bag
It Fell Off a Loomis Armored Car
Debbie Cole Immediately Turned It In

(CBS4) ST. PETERSBURG If you were to find a bag full of cash while walking down the road would you keep it?

A Pinellas County garbage operations employee found a plastic bag on the road stuffed with $65-thousand and immediately turned it in to authorities.

Debbie Cole decided this wasn’t a case of finders-keepers despite the fact that the plastic bag full of cash would have paid her salary for two years. Cole says she didn’t think twice about doing the right thing because she was raised to be honest.

The money fell off a Loomis armored car.
Company officials aren't sure how the mishap happened.

Cole's boss says he can't give her a bonus or reward because she's a government employee. But he says Cole might get some extra time off for her good deed.

Cole, who grew up in Long Island, said she was raised to be honest.
She said she raised her four daughters the same way.

Did Cole think for just a minute about keeping the money?

As she puts it: "To be honest, no. It didn't even cross my mind."
When in Doubt Honesty is the Best
Posted by The Man at 11:59 AM No comments: 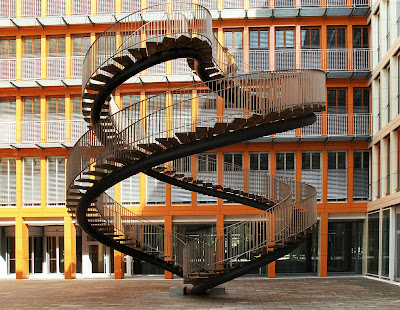 I like those stairs,
I think they are a good way to lose weight, going round and round on those stairs.
Posted by The Man at 11:55 AM No comments: 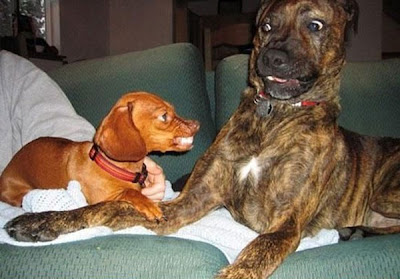 FYI
Dogs don’t have any perception on size
perception >noun 1 the ability to see, hear, or become aware of something through the senses. 2 the process of perceiving. 3 a way of understanding or interpreting something. 4 intuitive understanding and insight.
Posted by The Man at 7:35 AM No comments: