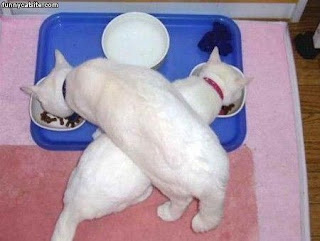 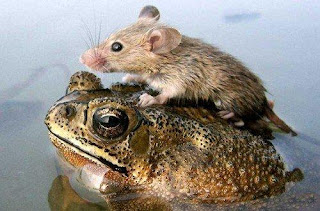 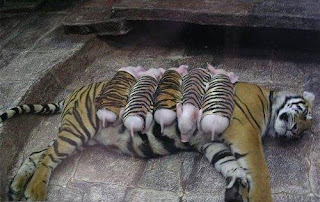 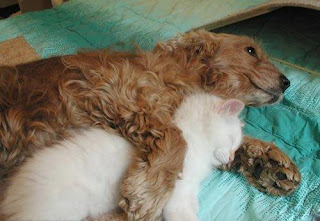 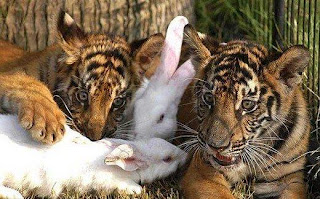 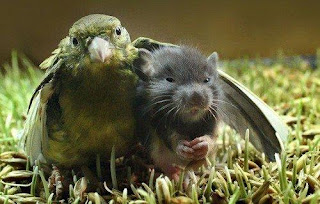 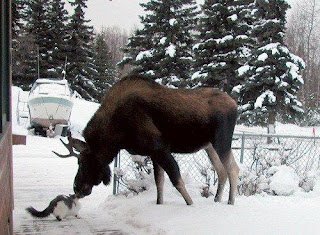 Well, what are you looking at? 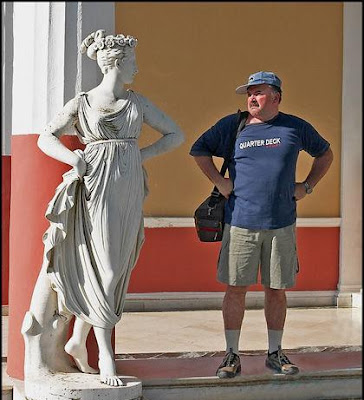 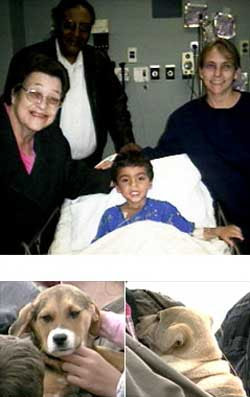 Puppies Credited With Keeping Lost Toddler Warm Overnight in Woods.
A 3-year-old Virginia boy was rescued Saturday after spending the night in the woods with only his puppies to keep him warm.
Jaylynn Thorpe, 3, of Halifax County, Va., was found at around 1 p.m. Saturday about a half-mile from where he disappeared on Friday afternoon after wandering away from his baby sitter's house.
They found him standing; he was wet, but the dogs were with him," Jaylynn's mother, Sarah Ingram said. "I was told that the dogs slept with him. They could tell where they slept in the woods."
Ingram said her son slept sandwiched between the two 12-week-old puppies, which officials say helped keep him warm through the 21-hour ordeal.
Jaylynn wandered away late Friday afternoon from his baby sitter, who is Ingram's niece.
"The dogs went with him," Ingram said. "He told me he left that yard going hunting and fishing."
Around 300 people helped search for the missing child, and a command center was set up at the local Baptist church, the station said.
"God really protected the boy," Grace Baptist Church Pastor Dave Kline said. "We are happy that we were able to help."
Ingram said that once he was found, her son ate two double cheeseburgers, a hot dog and strawberry ice cream polished off with three Pepsi-Colas.
"He was safely returned," said Ingram. "And I thank Jesus, without a scratch."
.
Posted by The Man at 8:39 AM No comments:

Calvin the dog goes on a rampage and runs off with our sleds! The only way to get them back is to chase him down! Filmed December 6, 2008.
.
.
Posted by The Man at 8:35 AM No comments:

Sara the walrus has some fancy dance moves.

A "nagging" wife who pushed her husband to buy a lottery ticket helped scoop the $4.2 million first prize — with only minutes to spare. The man from New Zealand's biggest city, Auckland, bought his ticket just two minutes before ticket sales closed Saturday night.
"My wife had been nagging me all week to get a ticket, so I when saw the Lotto sign ... I sprinted in to get the ticket before they closed," said the man, who asked not to be identified — normal practice among lottery winners in New Zealand .
"I must have been their last customer of the night," he said, adding that the young married couple had had a "rough" couple of years, reduced to one income after having children.
"I have never been so glad to listen to my wife's nagging," the man said Tuesday.
He discovered their newly won fortune Sunday thanks to his wife's request for a barbecued sausage.
Out shopping for bargains, the man said he didn't have enough money to buy his wife the sausage she'd asked him for. So he decided to check his Saturday lottery ticket in case he'd won a small prize.
"I could not believe it when they said I was actually the big winner," he said.
When he showed the printout to his wife, she initially thought they had won $4,200.
"When she realized how much it really was, she fell to the floor, and then said: 'but all I wanted was a sausage.'"
Posted by The Man at 8:30 AM No comments:

That Covers About Everything 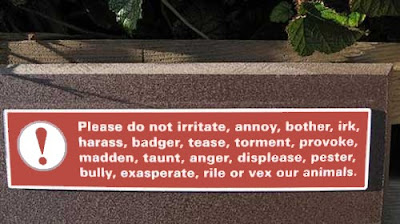