Forbes magazine releases list of the world's wealthiest billionaires
Forbes magazine released its list of the globe's wealthiest billionaires today, and four of the top 10 are from India. Only one of those, Lakshmi Mittal, was among last year's 10 richest, moving up from fifth place to fourth in 2008. Of the two Americans who made the cut, Bill Gates was knocked down to third place, after ranking first in 2007. His successor in the top spot, Warren Buffet, rose from a second place finish last year.
The list was rounded out by citizens of Mexico, Sweden, Russia, and Germany, each of which can lay claim to one billionaire a piece.
.
Forbes' 2008 Top Ten Richest Billionaires in the World:
1. Warren Buffett, U.S., $62 billion (investment/Berkshire Hathaway)
2. Carlos Slim Helu, Mexico, $60 billion (telecom, banking, tobacco)
3. Bill Gates, U.S., $58 billion (Microsoft)
4. Lakshmi Mittal, India, $45 billion (steel)
5. Mukesh Ambani, India, $43 billion (petrochemicals)
6. Anil Ambani, India, $42 billion (energy)
7. Ingvar Kamprad, Sweden, $31 billion (Ikea)
8. K.P. Singh, India, $30 billion (real estate)
9. Oleg Deripaska, Russia, $28 billion (aluminum)
10. Karl Albrecht, Germany, $27 billion (retail)
Posted by The Man at 11:36 AM No comments:

Till death us do part 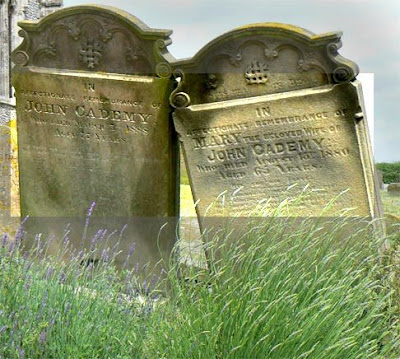 You can live here but, you can not die here
The mayor of a village in southwest France has threatened residents with severe punishment if they die, because there is no room left in the overcrowded cemetery to bury them.
In an ordinance posted in the council offices, Mayor Gerard Lalanne told the 260 residents of the village of Sarpourenx that "all persons not having a plot in the cemetery and wishing to be buried in Sarpourenx are forbidden from dying in the parish."
It added: "Offenders will be severely punished."The mayor said he was forced to take drastic action after an administrative court in the nearby town of Pau ruled in January that the acquisition of adjoining private land to extend the cemetery would not be justified.
Lalanne, who celebrated his 70th birthday on Wednesday and is standing for election to a seventh term in this month's local elections, said he was sorry that there had not been a positive outcome to the dilemma."It may be a laughing matter for some, but not for me," he said.
.
Army captain loses his leg on Cresta Run
An Army captain survived a six month tour of Iraq unscathed only to have his leg torn off attempting the famous Cresta Run in Switzerland. Captain Bernie Bambury, 32, lost his right leg below the knee after he hit a marker post at a speed of up to 80mph on the 4,000ft-long tobogganing course in St Moritz. His leg was shattered and severed hundreds of yards from the finish. But the brave soldier, from 4th Battalion The Rifles, completed the run before asking friends: "Is my ankle broken?" He then heard the horrifying reply: "It's not broken, it's gone."
The Cresta Run is so fast that tobogganists must control their approaches through the turns or risk being flung out of the ice gully
The Army officer underwent nine operations by medics who tried to sew the limb back on but Capt Bambury was told it might take two years for him to walk again and he was unlikely to regain full mobility. As a result he gave the order for surgeons to cut it off, preferring the certainty of recovery with a false leg. He is now at the Headley Court military rehabilitation center near Leatherhead, Surrey, which has gained a strong reputation for helping those with multiple injuries and fitting soldiers with prosthetic limbs.
.
Posted by The Man at 11:27 AM No comments:

It's not a plane nor a boat. 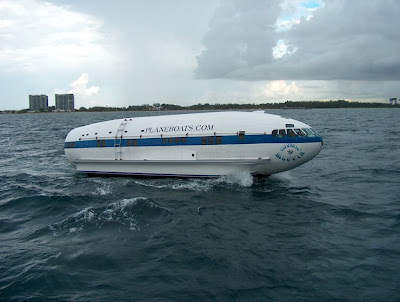