Frozen yogurt mania goes to the dogs
New York's pampered pooches have something new to get their tails wagging - their own frozen yogurt. Well-to-do city dogs have been lapping up a new brand of treat called Yoghund, which is made especially for canines. The treat is for pet owners who don't mind paying nearly $9 for a pack of four 31/2-ounce cups.
.
Yoghund: The New Dog Dessert
.
Yoghund was created two years ago by New Hampshire kennel owner Jody Rogers. "I wanted to come up with a product that would help with relieving stress," she said. "So yogurt is the obvious choice for that." She said that she has been doing about $200,000 in sales a year. The New York Post put the yogurt to the taste test, comparing Yoghund to a container of Haagen-Dazs vanilla frozen yogurt. And four out five dogs agreed - the regular human yogurt was their favorite.
Posted by The Man at 3:11 PM No comments:

Prince Andrew threw a right royal strop when he arrived at Heathrow in the rain and staff failed to rush out with an umbrella.
He was so angry that he revved his Range Rover, swung into reverse, mounted the curb backwards and abandoned his vehicle on the pavement so that he could get as close as possible to the terminal without getting wet.
But it turned out the Prince, en route to Vietnam to promote British trade, had gone to the wrong door at the airport's new Terminal 5 on Friday evening.
A Heathrow source said: "The Duke was pretty irate when he arrived. There's a huge canopy at the main door so VIPs can go into the terminal protected from the rain.
"But Andrew pitched up at the back entrance. After waiting for a someone to come out with a brolly, he got impatient. He was fuming, huffing and puffing and red in the face. It was hilarious.
"And the baggage handlers couldn't believe it. They see a few weird things in their work - but the Duke of York taking an ironing board on a trip. That's a first."
Posted by The Man at 3:07 PM No comments: 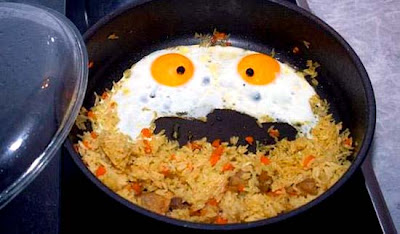