Dog Owners - Doggie Myths You Need To Know About

If you love dogs, join the club! But know this: some of the most common beliefs about doggie health are just old wives tales. So, let’s put a muzzle on the myths with these facts from PetPlace.com

A dog’s nose can’t really tell you if he’s healthy or sick. Cold and wet, or
warm and dry, a nose is just a nose. The only accurate way to test a dog's
temperature is with a thermometer. Normal dog temperature between 100-point-5
and 102-point-5 degrees Fahrenheit.

Don’t assume your dog is sick when you see them eat grass. Dogs are descended
from wild wolves and foxes, which means grass was once part of the normal canine
diet. So if they eat small amounts of grass and barf it up, don’t worry.

Mixed breed dogs are healthier than purebreds. Studies show that’s not always
true. Any dog can be unhealthy. But mutts generally do have fewer of the genetic
diseases common in purebred lines.

Dogs love to the petted on the head. Not necessarily. Some dogs hate it because
they have very sensitive eyes and ears. So, stroke the sides of a dog’s
neck, or along their back – especially if it’s an unfamiliar dog. When a dog
sees a hand coming at him from overhead, he may see it as a threat.

Remember: dogs are not canine garbage disposals! Keep in mind that some table
scraps are dangerous to pets. For example, bones might not get digested,
leaving jagged pieces inside their intestines. And pieces of fat may cause
gastrointestinal problems, like pancreatitis. And never feed your dog grapes,
raisins, garlic, onions, mushrooms, and chocolate. In fact, a pound of milk
chocolate could possibly kill a sixteen pound dog.

Dogs only like tasty food. Not true! Dogs have very poor taste buds, and eat
primarily based on their sense of smell. So, stop cooking up filet mignon for
Fido already!

A two-month-old baby tells her deaf mum when she is hungry — using the Sign Language for milk. Parents Dave Hollings, 46, and Chantelle De La Croix, 37, first thought it was coincidence when baby Ivy clenched her fist, shook it and moved it towards her mouth. But Ivy performed the same action again the next day when she was hungry and has been doing it ever since.
The sign for milk is a shaking clenched fist with the thumb and little finger out.
Dave, of Darwen, Lancs, said: "We thought it was a coincidence that she was hungry but other people have spotted it. "We looked up when babies can start signing and the earliest we have found is three months. We are really proud."
PICTURE and More
Posted by The Man at 10:21 AM No comments: 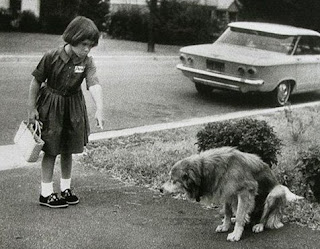 Be Ashamed, Be Very Ashamed! 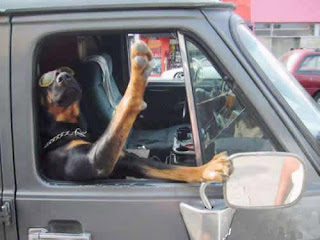 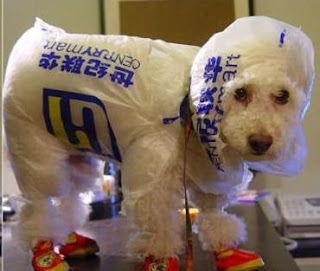 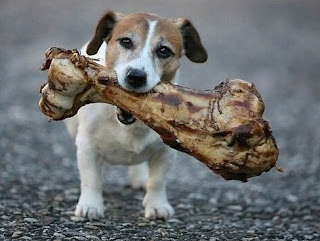 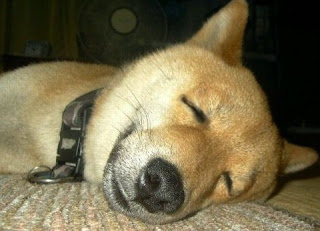 Sweet Dreams
Posted by The Man at 10:08 AM No comments: