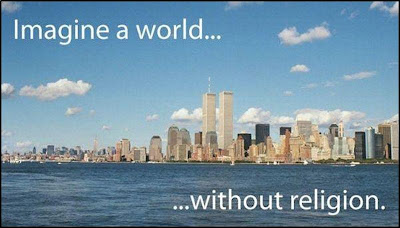 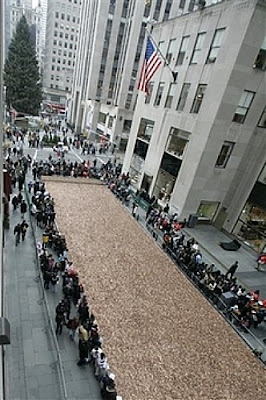 Children who helped collect pennies surround the 'Penny Harvest Field' during it's unveiling ceremony Monday, Dec. 10, 2007 in New York.
The approximately one hundred million pennies, gathered by by school children across all five boroughs of New York City, filled a 165x30 foot 'Penny Harvest Field' in Rockefeller Center.
The funds will be donated to various charities.
Posted by The Man at 10:44 AM No comments:

A celebrity designer is suing police for allegedly copying a slogan from her baby clothes range for an online shop. Web fashion entrepreneur Hannah McHalick called lawyers after Kent Police set up a website selling baby clothes with the slogan I've Been Inside For Nine Months. 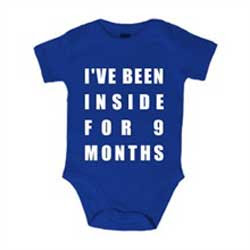 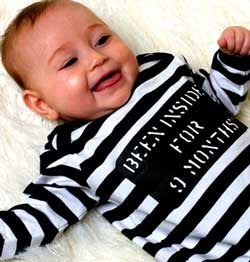 .
Ms McHalick, says the slogan is a rip-off from her range which includes black-and-white convict-style baby grows, bibs, T-shirts and hoodies. The 38-year-old head of Oh Baby London claims her intellectual property rights have been breached.
The police say their product range is different because they have added the word 'I've' before the slogan 'Been inside for nine months'.
Posted by The Man at 10:36 AM No comments: 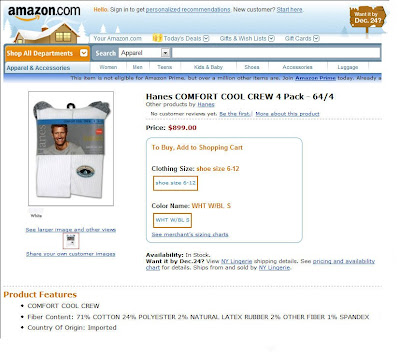 These must be really good socks.
Here's the link 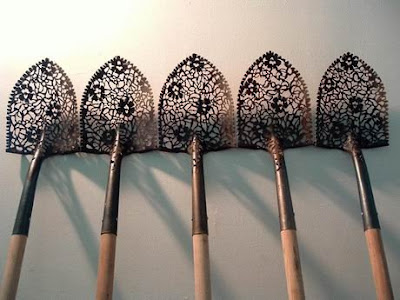 Are You Feeling Depressed Lately? 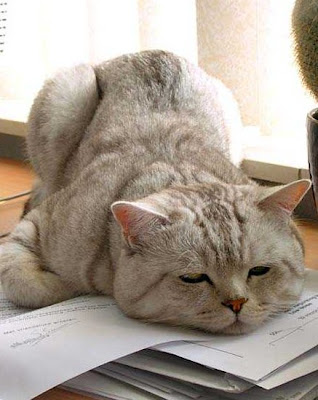 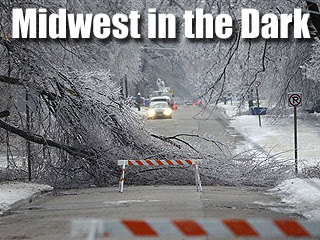 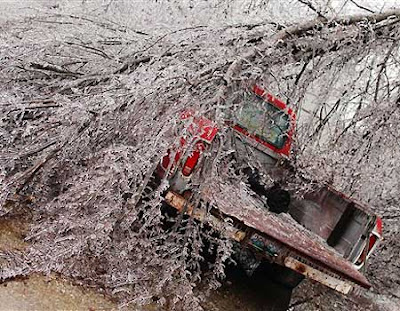 Curious child hits button, foams airport hanger
A curious child just couldn't resist temptation and hit an emergency button that triggered a sea of fire suppression foam at a Philadelphia airport hanger. The expanse of white foam not only filled the hanger on Saturday but it spilled out onto the tarmac where the wind blew puffs of it into the air like a snow storm. The incident at Northeast Airport occurred during Agusta Aerospace's family day outing. Authorities said an employee's child hit a button that said "Don't hit button unless in an emergency." The Philadelphia Fire Department was called out to to clean up the mess. There was no word on any damage to the helicopter inside the hanger.

Man trapped in bowling club toilet for four days
There was nobody to wonder what the matter could be when David Leggat got stuck in the lavatory at the Kittybrewster and Woodside Bowling Club in Aberdeen - for four days. The 55-year-old bachelor was trapped in the freezing cold "gents" at his bowling club with nothing but tap water to survive on after a door jammed behind him. He spent most of the time in the dark, managed no more than three hours' sleep a night, and was so cold that that he had to put his feet in a hand basin of hot water in an attempt to stay warm.
Posted by The Man at 7:40 AM No comments: