.
This is great.
Repost this video to help spread the word!!!!!
And for all the service men and women out there reading this....
Please accept my heartfelt thank you.
Posted by The Man at 5:51 PM No comments: 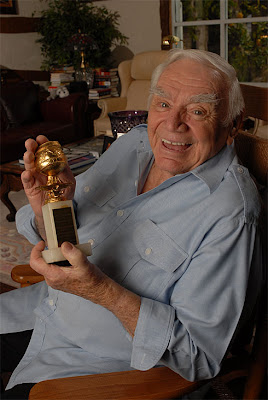 Here he is today. I always enjoyed Ernest Borgnine in movies and as Cmdr. McHale on TV's "McHale's Navy" (1962-66). In fact, he is likeable actor too, always professional, friendly and gracious. He's turning 91 this week and has an autobiography coming out in August called, "Ernie: An Autobiography." I bet he has all kinds of stories to tell about Hollywood in that bio. I bet he would be fun to talk with. I wish someone would do a good interview with him about his career and experiences in Hollywood for public broadcasting. He is one of the last living greats of the 1950s live TV heydays.
Posted by The Man at 5:45 PM No comments:

What Happens When You Recycle?

Newspapers
How is recovered newspaper processed into a useful product? Shredded magazines are added to the newspaper so that their clay content will separate the ink from the newspaper fibers, which are then turned to pulp and washed. Screens remove contaminants. The pulp is bleached and mixed with pulp from wood chips to strengthen it. The pulp is poured on a screen to drain, then flattened and dried as it passes through the steam-heated rollers. It is trimmed and rolled to be reused as newspaper.
What products are made from recycled newspaper? Recycled newspaper is reprocessed into newsprint and wrapping paper, manufactured into molded packaging, shredded and fire-proofing added for blown-in cellulose insulation or manufactured into sheet rock surfacing. How much energy is saved by recycling newspaper? Recycling one ton of newspaper saves three tons of wood pulp. It saves the equivalent of 3,000 kilowatt hours of electricity or 23% of the energy required to process a ton of newsprint from new pulp.

Aluminum
How is recovered aluminum processed into a useful product? Aluminum scrap is ground or shredded into small chips before being melted and cast into molds. The molds are sent to manufacturing plants where they are molded or rolled into sheets that can be shaped into various products.
What products are made from recycled aluminum? Rolled sheets of recycled aluminum can be formed into many products, such as car bodies. Aluminum is also cast (molded) or extruded into many useful forms like pop cans. Recycled aluminum has the same qualities as newly extracted aluminum. How much energy is saved by recycling aluminum? Aluminum is the biggest energy saver of all, saving 64,300 kilowatt hours per ton of recycled material. That is a savings of 96% of the electricity needed when compared to using bauxite ore.

Tin Cans
How are recovered tin cans processed into a useful product?"Tin" cans are really tin-coated steel cans. Removing labels from cans and flattening them saves space in shipping. The tin coating on steel cans is removed with a caustic detinning solution then extracted from the solution by electrolysis. The remaining steel is rinsed, baled, and sold to a steel mill.
What products are made from recycled tin cans? Tin and steel are separated. Then the recycled tin is used by the chemical and pharmaceutical industries, and the steel is remanufactured into cars, cans and structures. Most steel products contain some recycled steel. How much energy is saved by recycling tin cans? Reclaiming one ton of steel or tin saves 1.5 tons of ore. Tin recycling saves an estimated 2,600 kilowatt hours per ton. Steel recycling saves an average of 4,300 kilowatt hours per ton or 47% of the energy required to process steel from raw materials.

Glass
How is recovered glass processed into a useful product? A mechanical processing system breaks the glass into small pieces called cullet. Magnets, screens and vacuum systems remove metals, labels, bits of plastic and caps. The cullet is blended with silica sand, soda ash and limestone. The mixture is melted and blow-molded into new glass containers.
What products are made from recycled glass? Recycled glass is remanufactured into glass containers and fiberglass insulation, and construction uses glass such as utility trench backfill and road base material, glassphalt paving. How much energy is saved by recycling glass? Recycling one ton of glass saves 1.2 tons of new raw materials. It saves the equivalent of 860 kilowatt hours of electricity or 18% of the energy needed to form new glass.

Motor Oil
How is recovered motor oil processed into a useful product? Used motor oil is re-refined by removing the contaminated additives and blending the pure base lube stock with a new additive package. It takes 42 gallons of virgin crude oil to make 2.5 quarts of refined oil, but it only takes one gallon of used oil to make the same 2.5 quarts.
What products are made from recycled motor oil? Recycled motor oil is used to lighten bunker fuel, the heavy residue left from virgin oil refining, for use in ships; boilers, burned in asphalt plants and cement and lime kilns for processing heat and re-refined into motor oil. How much energy is saved by recycling motor oil? All of the oil saved by recycling is an energy savings. Oil doesn't "go bad," it just gets dirty. Re-refining cleans it up. This option cuts our dependence on foreign oil and reduces the need for new wells to be drilled.

Recycling Information Line
Posted by The Man at 8:25 AM 1 comment: 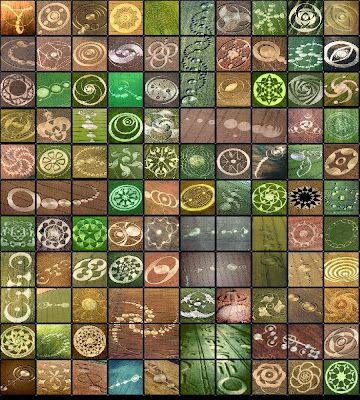 It's the same in the animal world 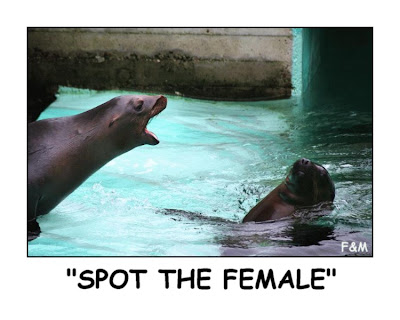 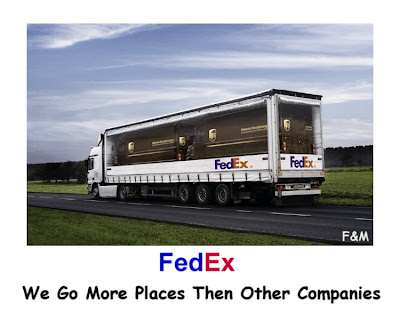 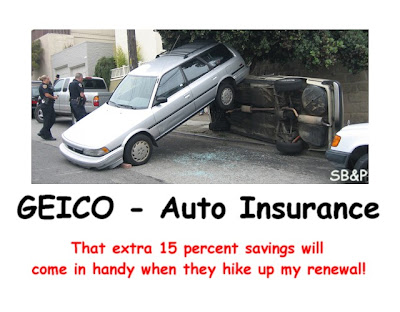 A little girl became restless as the preacher's sermon dragged on and on. Finally, she leaned over to her mother and whispered, "Mommy, if we give him the money now, will he let us go?"
.
A boy was watching his father, a pastor, write a sermon. "How do you know what to say?" he asked. "Why, God tells me." "Oh, then why do you keep crossing things out?"
.
A father took his 5-year-old son to several baseball games where "The Star-Spangled Banner" was sung before the start of each game. Then, the father and son attended a church on a Sunday shortly before Independence Day. The congregation sang "The Star-Spangled Banner", and after everyone sat down, the little boy suddenly yelled out, "PLAY BALL!!!"
.
A 6-year-old was overheard reciting the Lord's Prayer at a church service: "And forgive us our trash passes, as we forgive those who passed trash against us."
.
After a church service on Sunday morning, a young boy suddenly announced to his mother, "Mom, I've decided to become a minister when I grow up." "That's okay with us, but what made you decide that?" "Well," said the little boy, "I have to go to church on Sunday anyway, and I figure it will be more fun to stand up and yell, than to sit and listen."
.
A Sunday School teacher challenged her children to take some time on Sunday afternoon to write a letter to God. They were to bring their letter back the following Sunday. One little boy wrote, "Dear God. We had a good time at church today. Wish you could have been there."
.
One summer evening, during a violent thunderstorm, a mother was tucking her small boy into bed. She was about to turn off the light, when he asked, with a tremor in his voice, "Mommy, will you sleep with me tonight?" The mother smiled and gave him a reassuring hug. "I can't, dear," she said. "I have to sleep with your Daddy."A long silence was broken, at last, by his shaky little voice: "The big sissy."
.
A mother took her three-year-old daughter to church for the first time. The church lights were lowered, and then the choir came down the aisle, carrying lighted candles. All was quiet, until the little one started to sing in a loud voice, "Happy birthday to you, happy birthday to you..."
.
Nine-year-old Joey was asked by his mother what he had learned in Sunday School. "Well, Mom, our teacher told how God sent Moses behind enemy lines on a rescue mission to lead the Israelites out of Egypt. When he got to the Red Sea, he had his engineers build a pontoon bridge, and all the people walked across safely. He used his walkie-talkie to radio headquarters and call in an air strike. They sent in bombers to blow up the bridge and all the Israelites were saved. "Now, Joey, is that REALLY what your teacher taught you?" his mother asked. "Well, no, Mom, but if I told it the way the teacher did, you'd never believe it!"
.
A child came back from Sunday School, and told his mother that he had learned a new song about a cross-eyed bear named Gladly. It took his mother a while before she realized that the hymn was really "Gladly the Cross I'd Bear".
.
Finding one of her students making faces at others on the playground, Ms. Smith stopped to gently reprove the child. Smiling sweetly, the Sunday School teacher said, "Bobby, when I was a child, I was told that if I made ugly faces, it would freeze and I would stay like that." Bobby looked up into her face and replied, "Well, Ms. Smith, you can't say you weren't warned!"
.
A little boy was attending his first wedding. After the service, his cousin asked him, "How many women can a man marry?" "Sixteen," the boy responded. His cousin was amazed that he knew the answer so quickly. "How do you know that?" "Easy," the little boy said. "All you have to do is add it up, like the Bishop said: 4 better, 4 worse, 4 richer, 4 poorer."
.
Posted by The Man at 4:30 AM No comments:

How about some interesting Math?

The Truth About Cats and Dogs 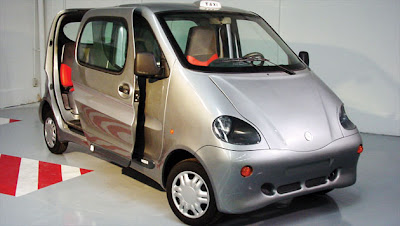 India’s largest automaker is set to start producing the world’s first commercial air-powered vehicle. The Air Car, developed by ex-Formula One engineer Guy Nègre for Luxembourg-based MDI, uses compressed air, as opposed to the gas-and-oxygen explosions of internal-combustion models, to push its engine’s pistons. Some 6000 zero-emissions Air Cars are scheduled to hit Indian streets in August of 2008. 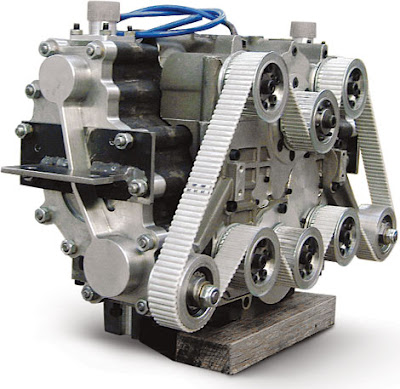 Barring any last-minute design changes on the way to production, the Air Car should be surprisingly practical. The $12,700 CityCAT, one of a handful of planned Air Car models, can hit 68 mph and has a range of 125 miles. It will take only a few minutes for the CityCAT to refuel at gas stations equipped with custom air compressor units; MDI says it should cost around $2 to fill the car’s carbon-fiber tanks with 340 liters of air at 4350 psi. Drivers also will be able to plug into the electrical grid and use the car’s built-in compressor to refill the tanks in about 4 hours. Of course, the Air Car will likely never hit American shores, especially considering its all-glue construction. But that doesn’t mean the major automakers can write it off as a bizarre Indian experiment — MDI has signed deals to bring its design to 12 more countries, including Germany, Israel and South Africa.