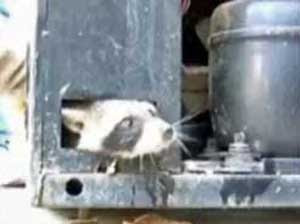 Usually a trip to vending machine results in refreshment, not raccoons.
Residents at an apartment complex in Tulsa, Okla. looking for a cold beverage from the vending machine found several raccoons trapped inside.
They called in a professional to help free the little critters from their refrigerated trap, afraid they would harm the animals with out it.
Ned "The Skunk Whisperer" Bruha, and a vending machine employee were able to free them without harm. The raccoons are now at a wildlife rehabilitation center. 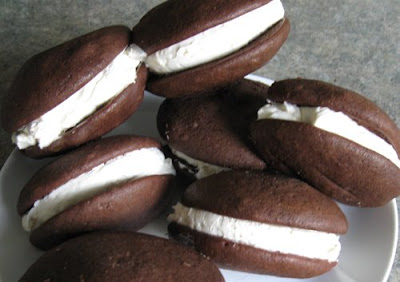 .
.
A Whoopie Pie is basically a fluffy, white frosting-like filling, sandwiched between two discs of chocolate cake. No one really knows exactly who came up with the first one, though it is rumored to have been born in the 20's in Massachusetts. Fillings can range from store bought marshmallow fluff, to light meringue based buttercreams.

Whoopie Pies
1 cup shortening or Margarine........(use butter instead, you won't be sorry)
2 cups granulated sugar
2 large eggs
3 1/2 cups all purpose flour
1 cup unsweetened cocoa
2 tsp salt
2 tsp baking soda
1 cup buttermilk1 cup hot coffee
.
Filling:
2 egg whites
1 T vanilla extract
1/4 cup milk
2 cups powdered sugar
1/4 cup all purpose flour
1 cup vegetable shortening
1/4 pound butter
.
Cream the shortening* and sugar together in a large mixing bowl. Beat in the eggs, one at a time. In another bowl, sift the flour with the cocoa, salt, and soda. Gradually add this to the creamed mixture alternating with the buttermilk. Mix in the hot coffee. Drop the batter in spoonfuls onto greased cookie sheets, spacing them about 3 inches apart. Bake in a preheated 375 degree oven for 8 minutes. Store on wax paper or cooling rack until all the cookies have been baked. For the filling, beat the egg whites until fluffy. Gradually beat in the vanilla, milk, sugar, and flour. Add the shortening and butter (Brittany sez: butter should be @room temp.) and beat until very fluffy. Take one cookie and spread a generous tablespoon on the flat side. Top with another cookie; they should look like yo-yos. They freeze well if wrapped individually

Final Verdict: Well....the cake part is really good, and stays nice and soft when frozen. I used good cocoa powder, and butter. The filling reminded us of a the middle of a hostess cupcake. To the husband, with his effed up taste in desserts, that was just fine. I would have preferred a simple, but delicious buttercream. I would absolutely make these again using different variations of icings and spreads. They are basically just tasty and portable little cakes which can be filled with whatever your heart desires. Smear them with ganache or nutella for a decadent whoopie. Cut the sweetness of the chocolate with dollops of creme fraiche of whipped cream for a lighter whoopie. The possibilities are endless, which makes me glad that I have leftover cake discs.
.
Posted by The Man at 10:48 AM 2 comments:

Remember the Commercial
How many licks does it take to get to the Tootsie Roll center of a Tootsie Pop? 1...2...3... the world may never know.
. 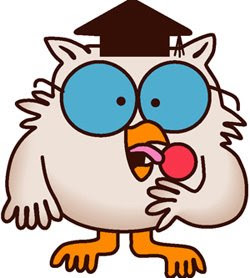 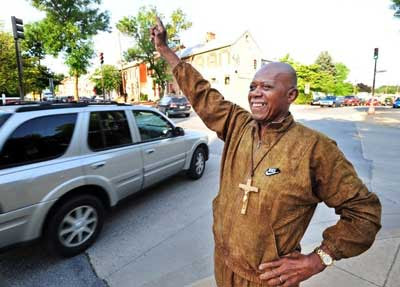 Blaring horns usually mean frustrated drivers. But at the corner of South Market Street and Clarke Place from 7:30 to 8 a.m. each weekday, they just mean hello.
Orville K. Johnson, 79, has stood at this intersection almost every morning for more than 20 years, smiling and waving at traffic.
"I don’t know their names, but I know their faces, and they remember me," Johnson said. "Sometimes I walk down Market Street in the summer, and people come up to me and say, ‘Man, let me shake your hand!"
The tradition started when Johnson would walk his German shepherd, Gunda, near the Maryland School for the Deaf. Children on school buses would wave at the dog and Johnson would clap his hands to make Gunda do tricks for them.
After Gunda’s death, Johnson continued the tradition with Nova, another pedigreed German shepherd. When Nova died in the early ’90s, the "most famous dog in Frederick" and her master made front-page news. Even without Nova by Johnson’s side, however, morning drivers made it clear they wanted him to keep on waving. He’s been there ever since.
"It’s good for my ego," Johnson said. "See, that’s what’s good for me. When you come out and look forward to people waving and blowing their horns. Laughter’s good for you."Waving and walking the block each morning is also good for his arthritis, he said. But Johnson’s life is more than his morning routine.
He served seven years in the Army before spending 23 years as a professional chef in the nutrition department of the National Institute of Health. When his arthritis forced an early retirement, he took hospitality classes at Hagerstown Junior College and opened his own business, O.K. Johnson Catering, with his wife.
He is a proud father and grandfather, and he owns a mint-green 1969 Pontiac Grand Prix.People who get to know his face sometimes stop and give Johnson gifts, such as cookies, jellies, apple butter and the wooden crucifix that hangs around his neck. When his dogs died, people tried to give him free puppies.
"I’m even out here on holidays," he laughed. "Especially Christmas and Thanksgiving, ’cause I know I’m gonna eat on those days!"
He is only absent when it rains or snows. In the years since he began his ritual, he has learned every detail of his surroundings.
.
Posted by The Man at 9:43 AM No comments: