Hello there, what's your name? 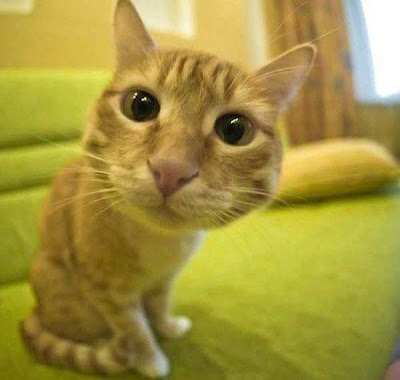 The baby who survived being hurled 300 feet by tornado 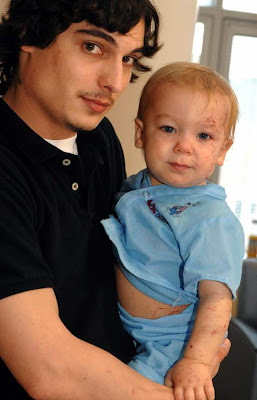 Comments (22)
This is the first picture of the miracle baby who was hurled 300 feet by the tornado that killed his mother but survived.
Little Kyson Stowell, one, was discovered face down in a field by rescuers who at first thought he was a child's toy.
Tragically his mother Kerri was not so lucky. She died after the tornado ripped apart her home in Castalian Springs, Tennessee.
Posted by The Man at 2:18 PM No comments: 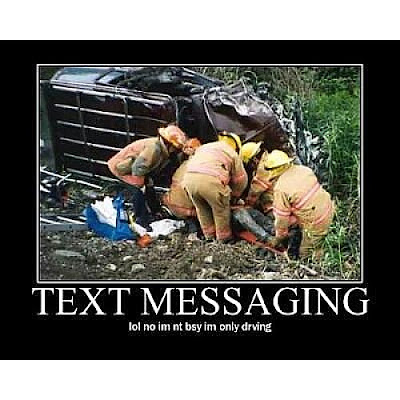 For Sale Snowballs already made 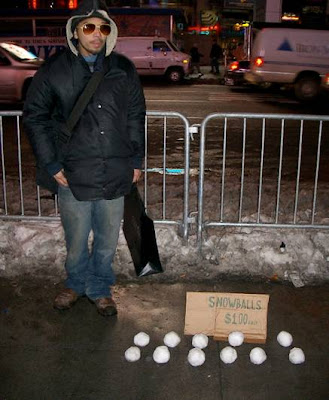 Mom punishes her second-grader who was rude to teacher (mom's interview)
The boy's mother says she hopes her son will learn a valuable lesson from the experience of holding up a sign saying that he was rude to his teacher after he acted up in class.
.

Firefighters Save Dogs With Mouth-To-Mouth CPR 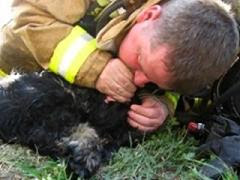 No One Injured In Fire
KISSIMMEE, Fla. -- Kissimmee firefighters on Tuesday revived several dogs by performing cardiopulmonary resuscitation on the animals, which were rescued from a structure fire.
IMAGES: Mouth-To-Mouth
VIDEO: Firefighters Perform CPR
According to Kissimee fire officials, Gary Letour and other firefighters responded to the fire at 401 S. Clyde Ave. at about 2 p.m.
The fire was contained to the laundry room of the home, but heat and smoke filled an upstairs apartment, where the animals were discovered.
The dogs were taken to an area animal hospital for observation. A cat was killed in the fire.
No one was injured in the fire.
The American Red Cross is helping the family, which was displaced by the fire.
Posted by The Man at 2:06 PM No comments: 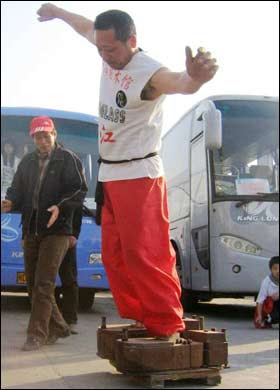 A GAMBLING addict shows off his new shoes – 560 pound metal boots designed to stop him going out to play poker.
Lai Yingying’s wife had them made so he could not walk to his poker buddy’s home.
Cards nut Lai, of Xiamen City, China, said: “The shoes take 30 minutes to put on using a special set of bolts and screws.
"I don’t bother going anywhere in the evenings now.”
So no more heavy losses for him...

Cooking Instructions
Pre-heat oven to 350 degrees.
Slice bacon into 1/2 inch strips and dredge in brown sugar until thoroughly coated.
Crumple aluminum foil to allow for grease drainage and place it on a baking sheet. Lay out the bacon on this making sure not to overlap pieces.
Bake until crispy. Allow to cool and harden before serving.

Note: It'll be the very first thing that's munched up if you bring it to a party.
Posted by The Man at 7:10 AM No comments:

Meet me by the tree

'Nothing Wrong' with 13 in car
A teacher who had 12 passengers in a Volvo S70 denied dangerous driving yesterday. Magistrates heard that Abraham Gniwosch, 30, had a man and a girl aged 11 in the front. Ten more people were in the back – two women with babies on their laps and six children under the age of ten, some of them standing. The car is designed to seat five people.

Woman faces trial over apple core
A woman is to stand trial at crown court for allegedly throwing an apple core out of her car window. Kate Badger, from Cornwall Road in Tettenhall, Wolverhampton, denies a charge of "knowingly causing the deposit of controlled waste, namely an apple core, on land which did not have a waste management licence".

Baby Found Alive in Field After Deadly Tornadoes
Posted by The Man at 7:03 AM No comments: