This is something you may not see ever again.
Once in a Life Time - Then it’s History
How to move a plane through New York City… the one that landed in the Hudson.
These roads were not made for planes.
Click to Enlarge 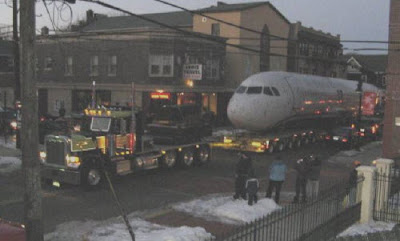 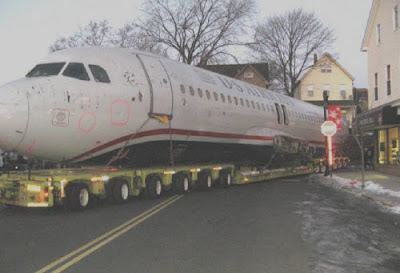 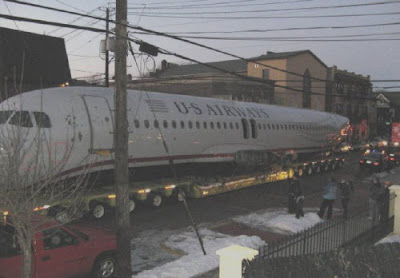 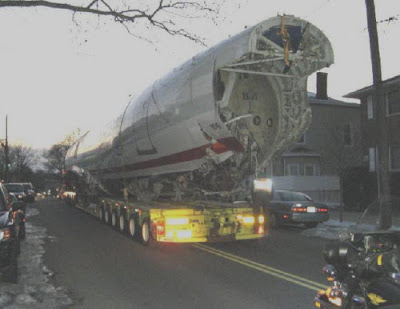 What an adorable baby.

The Times Sure Are Changing
I remember this if it was yesterday.
The Surfaris featuring Bob Berryhill on lead guitar.
.
.
Posted by The Man at 4:55 PM No comments:

Historical facts on Daylight Saving Time
1784: Ben Franklin floats idea of daylight-saving time during his time in Paris.
1907: London builder William Willett is the first to seriously push the concept in a pamphlet titled "The Waste of Daylight." His plan: Advance clocks by 20 minutes each Sunday in April, roll them back by 20 minutes each Sunday in September.
1916: To conserve fuel during World War I, Germany and Austria become the first nations to adopt daylight-saving time.
1918: The United States gets daylight time fever. Congress approves the measure on March 19; it goes into effect 12 days later, on the 31st.
1919: Still a largely agrarian society of early risers, the United States dumps daylight time shortly after World War I ends.
1942: President Franklin Roosevelt revives "War Time" at the start of World War II.
1945: War ends, so does War Time. The option of keeping daylight time is left open to local jurisdictions. This creates a hodge-podge of time zones; according to the Web site WebExhibits.org, at one point the 35-mile drive between Moundsville, W.Va., and Steubenville, Ohio, required seven time changes.
1966: Congress creates a uniform - more or less - daylight time for the United States. States are given the choice of opting out.
1974: In response to Arab oil embargo and resulting fuel crisis, the daylight-saving time Energy Act is passed, pumping clocks ahead by an hour for a 15-month period running from Jan. 6 to April 27, 1975.
1986: Law is passed to begin daylight-saving time at 2 a.m. the first Sunday of April and end it at 2 a.m. the last Sunday of October.
2005: Energy Policy Act of 2005 extends daylight-saving time by four weeks beginning in 2007.
2007: New, extended daylight-saving time went into effect.
Did You Know
- It’s daylight-saving time, not daylight savings time.
- A U.S. Department of Transportation study found that daylight-saving time cuts electricity usage nationwide by about 1 percent a day.
- About 70 countries worldwide observe daylight-saving time. The only major industrialized nations that don’t: Japan, India and China.
- In 1999, a terrorist attack on Israel’s West Bank was thwarted when the terrorists failed to take into account the switch back to standard time. The bomb went off an hour early, killing only the terrorists.
- Data shows violent crime is down 10 percent to 13 percent during daylight-saving time than standard times, according to a study from the U.S. Law Enforcement Assistance Administration.
- Passengers on Amtrak during the traditional "fall back" might experience a delay. Trains cannot leave a station before their scheduled time, so in early November trains will stop at 2 a.m. and wait an hour before resuming. In the spring, trains become an hour behind schedule when time leaps forward an hour, but they keep running to try to make up the difference.
- Daylight-saving time is not observed in Hawaii, American Samoa, Guam, Puerto Rico, the Virgin Islands and Arizona (except Arizona’s Navajo Nation, which does observe the time change).
Posted by The Man at 10:32 AM No comments: