At first glance, they seem like fine work of some Photoshop genius, but these are for real.
The trees are not naturally like that but modified into interesting shapes, kind of reminds me of a book, Aragon, where the furniture and houses were tree's grown in to shapes 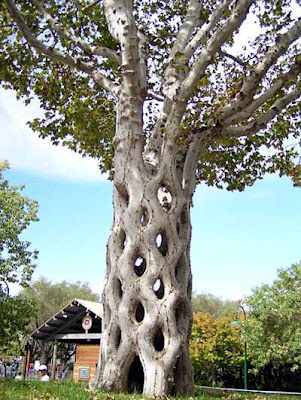 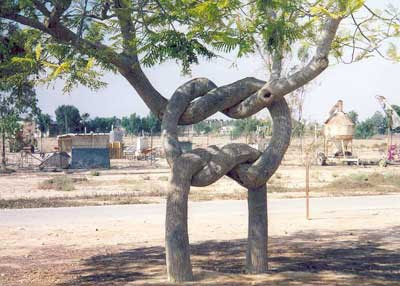 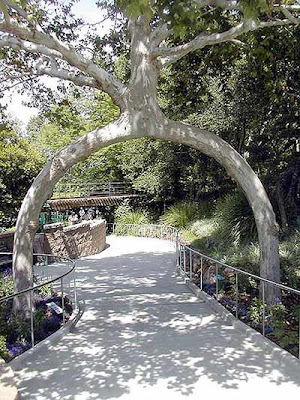 Knut faking his sore paw to get attention 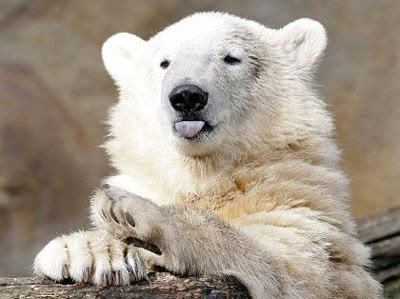 Berlin Zoo's polar bear superstar Knut is so lonely that he has been deliberately limping to get some attention, says his keeper Thomas Dörflein, who knows the shaggy cub better than anyone else.
The ruse is working: Visitors have been cooing over him and alarmed fans have been writing in from as far away as Brazil and Hawaii.Knut the celebrity polar bear has been receiving get-well messages from around the world ever since he slipped on a wet rock and hurt his paw last Friday - but his keeper at Berlin Zoo thinks he's only pretending to be in pain because he likes the attention.
The shaggy nine-month-old cub, now weighing in at 80 kilograms, made a pitiful sight on Monday, limping around his enclosure in the drizzle and dragging his right back paw. Visitors felt sorry for the bear, who was rejected by his mother at birth.
But keeper Thomas Dörflein, who reared Knut around the clock for months after he was born, was having none of it. "He's a little play-actor - just like all young bears who were hand-reared," he said. "He just wants attention and he quickly noticed that he could get it with his limping act." Dörflein said he had spotted Knut trotting around quite normally the previous morning when he thought he wasn't being watched. Zoo vets have x-rayed Knut's paw and found no broken bones. They prescribed a painkiller to be mixed in with his meals in case he had just sprained it.
Posted by The Man at 8:34 AM No comments:

Some Disagree this is an International Bridge. 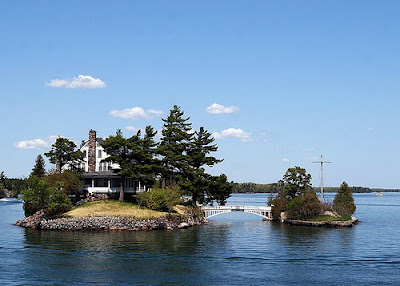 The World’s Shortest International Bridge
The island on the left is in Canada, the one on the right is in the United States.
The smaller island contains the ‘backyard’ of the house on the larger island.
The result is the shortest international bridge in the world.