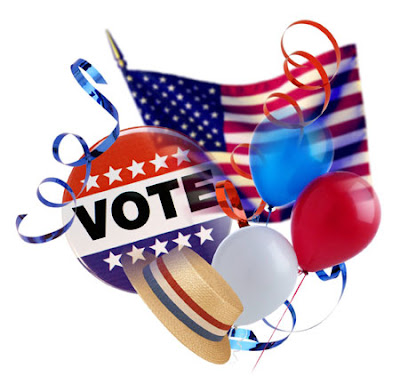 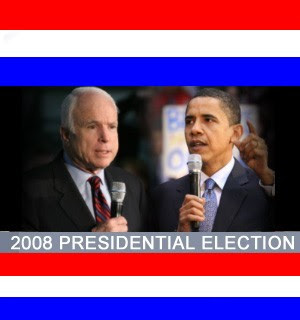 YOU DECIDE: Who Do You Think Will Win?
.
Broken Machines, Shortages Plague Voters Around the Country
Record turnout is making typical Election Day glitches keep voters in line for hours

A teenager has changed his name to Captain Fantastic Faster Than Superman Spiderman Batman Wolverine Hulk And The Flash Combined. 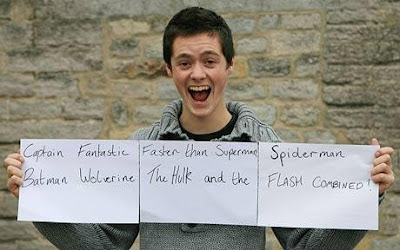 The record-breaking name, now thought to be the world's longest, was the idea of music graduate George Garratt, 19.
He changed his name by deed poll online for £10 last week.
Captain Fantastic said: "I wanted to be unique.
.
Wally said...
That's funny
.
He may have a problem remembering his name and in what order.
Posted by The Man at 2:24 PM No comments:

People in Obama, Japan are dancing, singing and playing the guitar in the sleepy Japanese fishing port of Obama are readying to party for Barack Obama before Tuesday's U.S. presidential election.
Around 50 men, women and children wearing "I Love Obama" T-shirts practiced hula dancing over the weekend for the Honolulu-born Democratic candidate, hoping he will win the vote and one day visit the town as U.S. President.
"I'm 85 percent confident that Obama will win," said hotel owner Seiji Fujiwara, who heads a group backing Obama in hopes that the town, with a population of 32,000, can share his fame and attract more visitors. "I think he'll be alright."
Shops in the town have been selling everything from T-shirts, fish burgers and steamed cakes to chopsticks bearing Obama's name.
.
.
.
Posted by The Man at 9:54 AM No comments: