Quiz
(1) There's one "sport" in which neither the spectators nor the participants know the score or the leader until the contest ends. What is it?
(2) What famous North American landmark is constantly moving backward?
(3) Of all vegetables, only two can live to produce on their own for several growing seasons. All other vegetables must be replanted every year. What are the only two perennial vegetables?
(4) Name the only sport in which the ball is always in possession of the team on defense, and the offensive team can score without touching the ball?
(5) What fruit has its seeds on the outside?
(6) In many liquor stores, you can buy pear brandy, with a real pear inside the bottle. The pear is whole and ripe, and the bottle is genuine; it hasn't been cut in any way. How did the pear get inside the bottle?
(7) Only three words in standard English begin with the letters "dw." They are all common. Name two of them.
(8) There are fourteen punctuation marks in English grammar. Can you name half of them?
(9) Where are the lakes that are referred to in the "Los Angeles Lakers?"
(10) There are seven ways a baseball player can legally reach first base without getting a hit. Taking a base on balls-a walk-is one way. Name the other six.
(11) It's the only vegetable or fruit that is never sold frozen, canned, processed, cooked, or in any other form but fresh. What is it?
(12) Name six or more things that you can wear on your feet that begin with the letter "S."
.
.
.
"Answers To Quiz"
1. Boxing.
2. Niagara Falls. The rim is worn down about two and a half feet each year because of the millions of gallons of water that rush over it every minute.
3. Asparagus and rhubarb.
4. Baseball.
5. Strawberry.
6. The pear grew inside the bottle. The bottles are placed over pear buds when they are small, and are wired in place on the tree. The bottle is left in place for the whole growing season. When the pears are ripe, they are snipped off at the stems.
7. Dwarf, dwell, and dwindle.
8. Period, comma, colon, semicolon, dash, hyphen, apostrophe, question mark, exclamation point, quotation marks, brackets, parenthesis, braces, and ellipses.
9. In Minnesota. The team was originally known as the Minneapolis Lakers and kept the name when they moved west.
10. Batter hit by a pitch; passed ball; catcher interference; catcher drops third strike; fielder's choice; and being designated as a pinch runner.
11. Lettuce.
12. Shoes, socks, sandals, sneakers, slippers, skis, snowshoes, stockings.
Posted by The Man at 3:59 PM No comments:

Some Doctors Should Not Be Doctors

Girl, 13, may be paralyzed by disease that baffled doctors
A schoolgirl who has been left bed-ridden with a serious illness for six months, was only diagnosed after her mother looked up her symptoms on the Internet.
Danielle Fisher, 13, fell ill in October and doctors were baffled by her mysterious condition.
Her mother Dominique, 35, took her to the doctors after she began suffering from viral meningitis-like symptoms, including severe headaches and fatigue.
Over the next few months, Danielle's condition worsened as her eyes became ultra-sensitive to light and she began suffering from vertigo and shortness of breath.

'The last time she was in, the doctor said there's nothing wrong with her, she needs a psychiatrist, which I knew was wrong, the poor girl could hardly walk.'
Frustrated at the lack of an appropriate diagnosis, Dominique, who is an estate agent, was so worried that she began doing some research herself on the Internet into Danielle's symptoms.
Diagnosis She was shocked to discover her daughter's illness may have been caused by a bite from a tick, a tiny spider-like blood-sucking parasite which usually feeds off animals.
Dominique said, 'I'd begun doing some research myself by then as she had severe vertigo, couldn't walk any more and had severe muscle and joint pain.
'I came across Lyme Disease and it just seemed to fit. There's a lot of controversy over the treatment of the disease and over diagnosing the disease.
.
.
Man suffers broken ankle but LOSES the leg
A man had his leg amputated after doctor fitted him with a plaster cast that was too tight.
Tom Talks, 80, broke his ankle and had a cast fitted at Bury's Fairfield Hospital - but his leg swelled up.
The retired engineer returned there in agony every day for almost two weeks, and asked medics to loosen his plaster.
He said on one occasion he was forced wait several hours before a doctor insisted there was no swelling.
Mr Talks eventually collapsed and was rushed to hospital where doctors found an infection so severe he had urgent surgery to amputate his leg above the knee.
He also suffered a heart attack and kidney failure.
Five weeks on, his is still being treated in North Manchester General Hospital.
Bosses of Pennine Acute Trust, which runs Fairfield and North Manchester General, have launched an investigation.
Mr Talks said from his hospital bed: 'Every day for a week I begged them to release the pressure. It felt like my leg was trying to burst out of its skin.
'When the surgeon asked me for my permission to amputate my leg, he told me I was very lucky to be alive. He said by the day after, I would have been a dead man.
'I knew my wife couldn't cope with losing me, so I told him to amputate my leg.
'I'm not angry about what happened, that only leads to bitterness, but I want them to find out what went wrong so this doesn't happen to another patient.
Posted by The Man at 2:12 PM No comments: 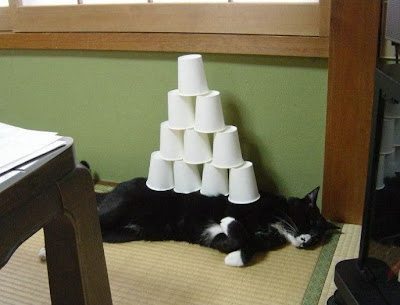 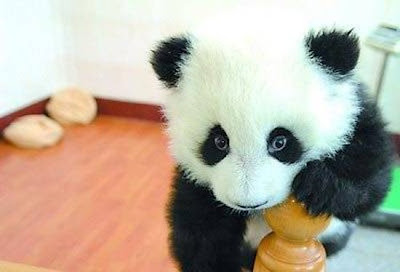 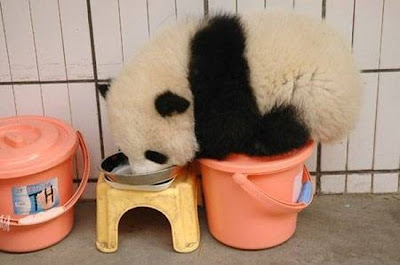 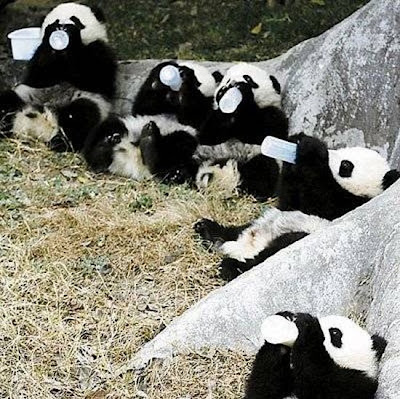 Can You Tell Time?
A traffic warden was caught ticketing innocent motorists - because he couldn't tell the time.
He used a calculator to work out the expiry time of Dave Alsop's ticket, without realising the device worked in decimals and not minutes and hours.
Mr Alsop, 29, parked near Torquay harbour, Devon, at 2.49pm and paid £1.20 for 75 minutes, covering him until 4.04pm.
But when he returned at 3.41pm, he discovered a £50 fine on his car. He found the warden and showed him the parking ticket, which clearly had time left on it.
Dave Alsop was given a parking ticket because the traffic warden was using a calculator which worked in decimals - not minutes and hours
PICTURE
.
I Have Been Betrayed
Daughter who devoted her life to parents sees £2.3m inheritance left... to the RSPCA
For 30 years, Christine Gill devoted her life to caring for her parents and helping them run the family farm.
She became a university lecturer so she could help out during the busy summer months, spent nearly all her spare time at the farm and even lived in a caravan nearby so she could be with her mother, who could never be left alone.
Dr Gill willingly made the sacrifices on the ‘clear and unequivocal’ understanding that she would eventually inherit the 287-acre farm.
PICTURE
.
Rescue effort saves doll, not baby
Frantic police smashed a window to rescue a seemingly unconscious baby from a locked vehicle in Queensland last week only to find it was an extremely lifelike doll.
Selling for up to $1000, the painstakingly hand-painted dolls were so lifelike with eyelashes, fingernails, milk spots and wispy hair that they were constantly fooling people, Ms Cernik said.
"They're even weighted to feel like a baby's weight and they flop like a baby," she said.
The dolls can even come with umbilical cords, cord clamps and their own birth certificates.
"They are so realistic, people do become attached to them," Ms Cernik said.
PICTURE
.
Lawn decoration returned, with photos
A Portland, Ore., woman who had given up hope of ever seeing her missing ceramic dog again said the item has returned -- with photos of its travels.
Edwina Cramer-Norris said she had assumed the dog was gone for good when it disappeared last month, but then she began receiving postcards addressed "To Master" from "Lucky Dog,"
Cramer-Norris said she saw a blue van leave her driveway Sunday and when she went outside to investigate, she found her missing lawn decoration sitting in a makeshift dog house alongside a photo album documenting its adventures. She said the pictures depict the dog with a family at locations including DisneyWorld, Graceland, the Mississippi River and New Orleans.
She said a note accompanying the pictures explained that the dog had needed a vacation from Oregon because the weather was too rainy.
"It's a strange thing," she said. "We're happy to have him back and it gives us something to share with others. (It's) some kind of a strange story."
Cramer-Norris said the missing dog returned with two new additions to the family -- a pair of ceramic puppies.
.
Verizon bill addressed to family dog
A Sacramento couple said they were shocked and confused when their dog received a $142.34 bill from Verizon Online.
Steve Fanelli and Shawn Donovan said their Lhasa Apso, named Andy Fanelli, received a notice in the mail from AFNI collections informing the canine he owes $142.34 for Verizon service.
"The point is that Andy has never had a Verizon account. We were just curious why this showed up," Steve Fanelli said.
Verizon said the bill was meant for a man named Andy Fanelli who lives on the other side of the country.
"Just because there's an Andy Fanelli back east doesn't mean you send a letter to an Andy Fanelli in California," Donovan said. "There has to be something else to connect it."
AFNI said the confusion may have resulted from the fact that the canine Andy Fanelli has his own American Express (NYSE:AXP) card, which Donovan obtained when it was offered for "family members."
"It's an active card. From time to time I take my girlfriend's to lunch on Andy," Donovan said.
Verizon Online said it canceled the debt.
Posted by The Man at 10:30 AM No comments:

The Life of Riley

World's oldest blogger signs off singing happy songs
An Australian woman - reputed to be the world's oldest internet blogger - has died at the age of 108, officials say. Olive Riley had posted more than 70 entries about her life since she began her blog in February 2007.
She shared her thoughts on modern life and experiences of living through the entire 20th Century, including two world wars and the Great Depression.
In her final entry on 26 June she described singing a happy song at her care home with nurses and a visitor. Olive Riley died in the nursing home in New South Wales on Saturday. Olive Riley's great-grandson said blogging had brought her into contact with people from around the world and had kept her mind fresh.
.
Olive Riley sings Smile, smile, smile
Posted by The Man at 10:25 AM 1 comment: