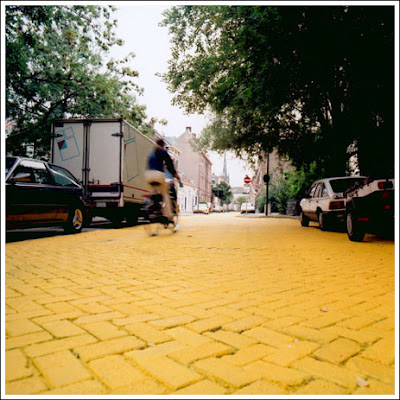 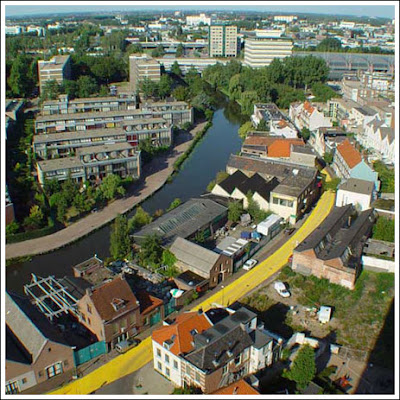 How Strong Is Ice???

This man needs a woman

Lonely Japanese man calls directory help 2,600 times
TOKYO (AFP) — A lonely Japanese man has been arrested for allegedly calling directory assistance thousands of times because he liked to be scolded by female operators, police and reports said Wednesday.
Takahiro Fujinuma -- who is 37, single and unemployed -- reportedly would whisper "darling" as he tried to start a conversation and then pleaded with operators not to hang up.
He was arrested Tuesday in Tokyo on charges of obstructing the business of service operator NTT Solco, part of telecom giant Nippon Telegraph and Telephone.
He placed 2,600 calls to directory help -- reached in Japan by dialing 104 -- between early June and mid-November, a police spokesman said.
But Japanese media said he is suspected of starting his habit in 2004 and calling 104 more than 10,000 times.
He reportedly told police that he was lonely and grew to enjoy annoying the operators.
"I would go into ecstasy when a lady scolded me," he said, as quoted by Jiji Press.
Telephone operators -- who in Japan are almost always women -- nicknamed him the "don't-hang-up-man."
His calls usually came late and sometimes exceeded 200 times a night, Jiji Press said.
Posted by The Man at 3:11 PM No comments: 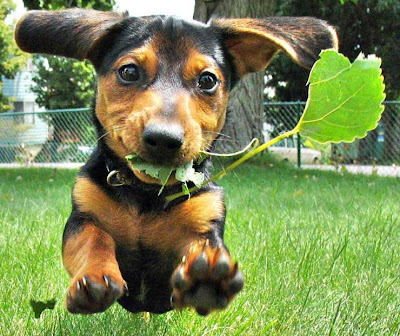 Where to go now. 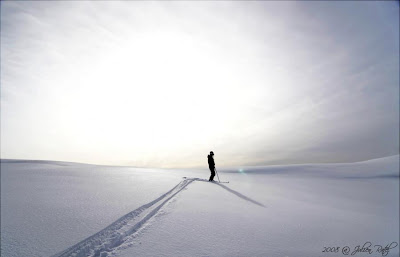 A Sneak Peek Of The New $5 Bill 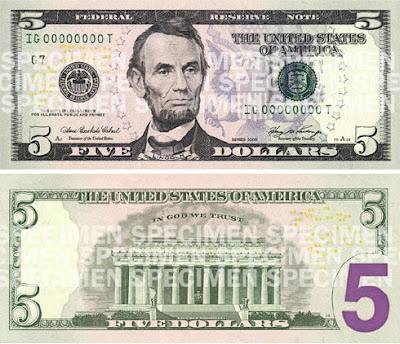 How sweet they are together 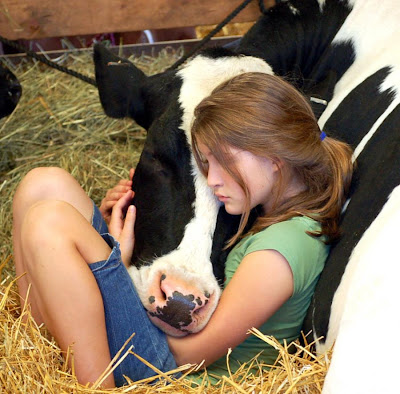 Not so happy being 4th 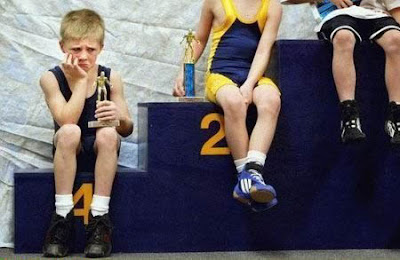 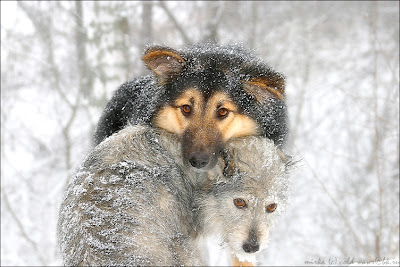 An autistic boy was hailed a "superhero" yesterday for avoiding a 70mph crash after his mother blacked out while driving on a busy dual carriageway. Jonathan Anderson, nine, averted disaster by seizing the wheel after his mother Marion, 34, slumped unconscious on the way to his school. The youngster, whose disorder can cause high levels of anxiety and confusion, pulled the handbrake on. 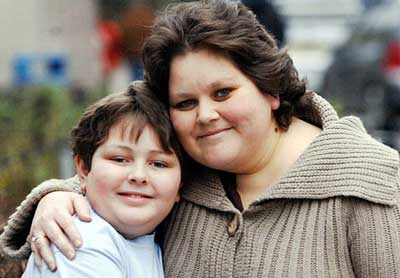 The Toyota Avensis veered across three lanes of rush-hour traffic, bumping into the central reservation of the A38 at Plympton, Devon. But despite being unable to reach the brake pedal, Jonathan refused to panic. He managed to steer the car back across the carriageway before it weaved up a bank and hit a tree, coming to a standstill. Then he calmly put the hazard lights on and waited for help to arrive. Jonathan is to receive a bravery certificate from the South Western Ambulance Service.
Posted by The Man at 7:15 AM No comments:

Labels: In the News, Love, Vehicle 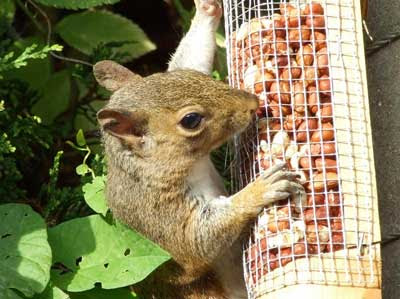 Wildlife photographer Alison Bartlett is to have her highly-acclaimed animal pictures exhibited - even though she is completely blind. The 51-year-old "sees" with her ears and listens out for the rustling in trees and grass to snap wildlife. She has developed such an acute sense of hearing and can pick up the sound of a bird's wings flapping or a squirrel nibbling before homing in on them with her camera. Alison is also helped out by a friend who accompanies her on shoots and points her towards the creatures using clock directions, such as "bird at two o'clock". With more photos. 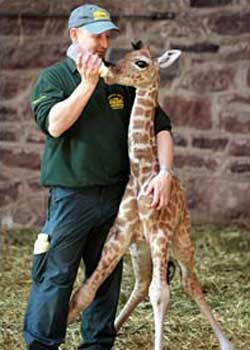 A baby giraffe was one of the smallest ever seen by zookeepers after she was born two weeks premature. Margaret, a rare Rothschild breed giraffe, is being bottle-fed by keepers at Chester Zoo after mother Fay went into labor early. Although Margaret is only 10-days-old, she is now 5ft tall and already weighs 5st (35kg). There are 600 Rothschild giraffes left in the wild and are more usually seen in the lowlands of Kenya and Uganda. 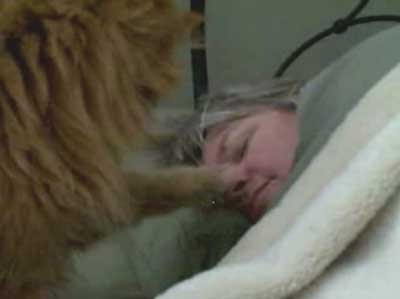 She looks no different from other chickens, but Rabanita has become a celebrity in a small Mexican village - because she lays a green egg every day. So far there is no explanation but scientists believe it's all in the genes.
.
Posted by The Man at 6:58 AM No comments:

Hmmm. Didn't I have a house here?
MOSCOW - Returning home after an absence can mean unpleasant surprises — a leaky roof, a pet's mess, even a break-in. But a Russian woman got a nastier surprise when she returned from her country house: her home was gone, torn down mistakenly by construction workers clearing a site, according to a report Thursday on NTV television.
Oops yahoo.com

Attempted Bank Robber Didn't Get Far
Grand Rapids Police caught a bank robbery suspect when he tried to hold up the same credit union twice in one month.
We say "tried" because employees recognized the man before he could actually walk into the West Michigan Credit Union on Front Avenue.
Click Here To Read More

Swedish Bank Stops Digital Theft
A gang of Swedish criminals was seconds away from completing a digital bank heist when an alert employee literally pulled the plug on their brazen scam, investigators said Wednesday.
The would be bank robbers had placed "advanced technical equipment" under the employee's desk that allowed them to take control of his computer remotely, prosecutor Thomas Balter Nordenman said in a statement.
Click Here To Read More

Mickey Mouse busted for drunk driving
On January 24th, the Sacramento County Sheriff's Department arrest records show Mickey Mouse was arrested twice for drunk driving and driving on a revoked license. He was in jail for hours. And, the arrest log gives this description of Mickey. "Five foot nine, 190 pounds, brown hair, black eyes." Sheriff's Department spokesman Sergeant Tim Curran isn't sure how Mickey got into the records, but they assure you, the name is only used for training. The fact that Mickey's arrest made it into the official log, that was a mistake. With news video.

Woman Gets OWI Ticket After Calling 911 Herself.
A woman got a ticket for driving drunk after calling 911 to ask if she could have someone to follow her home.
You did the right thing.
Posted by The Man at 6:52 AM No comments: