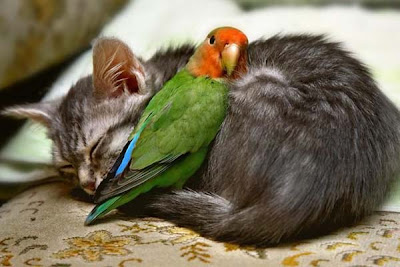 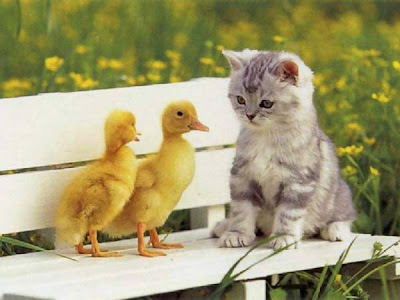 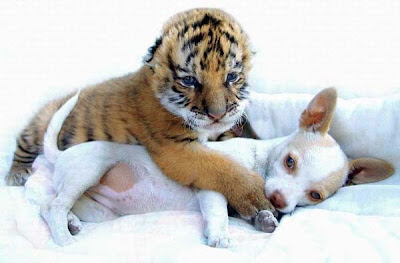 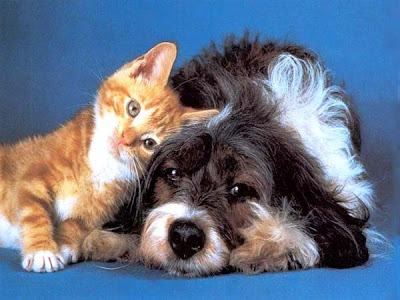 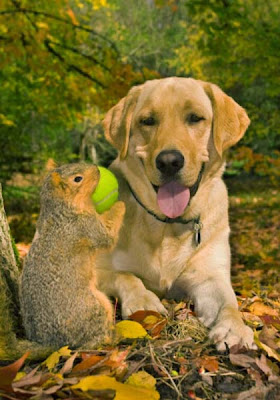 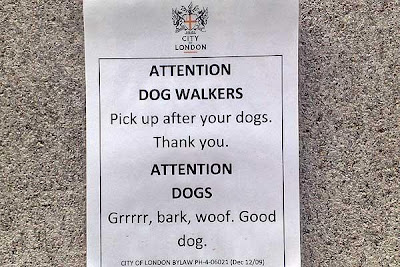 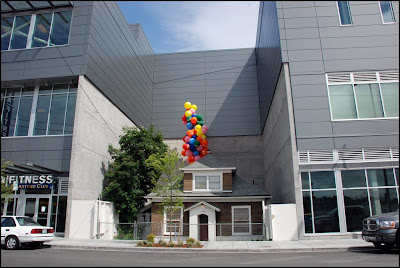 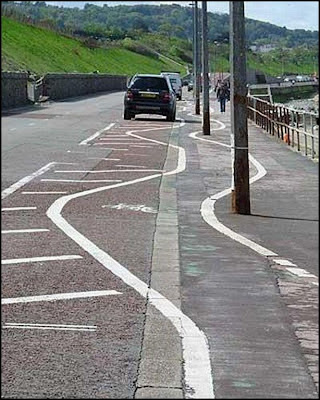 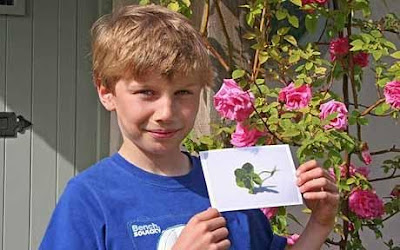 A nine-year-old boy is hoping for some luck, after finding a rare seven leaf clover.
Alastair Barnes discovered the unusual clover at Coombe Bissett nature reserve, near Salisbury, Wilts while out walking his dog with his father Jonathan.
Clovers occasionally have leaves with four leaflets, instead of the usual three - these are considered lucky, while five and six leaf clovers are considered even more unusual.
Alastair has placed the clover in a book to protect it from damage and in the hope it will bring him some good luck.
"I was really hoping to find a four leaf clover when I spotted one with seven leaves," he said.
"I was amazed and I immediately shouted to my dad, 'daddy daddy, I've found a seven leaf cover.'
"He didn't believe me at first but then he came over and had a look for himself.
"I picked it and took it home. It was amazing to find something so rare - I was so happy."
Sue Tatman, from the Wildlife Trust said: "This is an extremely unusual find.
"It just goes to show it is always worth keeping your eyes peeled when you are outside, as nature is full of surprises."
According to tradition, four-leaf clovers bring good luck to their finders, especially if found accidentally.
Each leaflet is said to represent something - the first is for hope, the second faith, the third love, and the fourth luck.
Another Irish legend tells that the three leaf clover, or "Shamrock", was what Saint Patrick used to represent the Holy Trinity.
.
Posted by The Man at 2:51 PM No comments:

Labels: In the News, Kids, Nature

Rescue story with a happy ending

A police officer managed to save 12 ducklings, which fell in a storm drain and were trapped there. On the first photo is hero: Eileen Emiddio and one of the concerned parents. They await the arrival of emergency service unit. Look how the rescue operation took place. 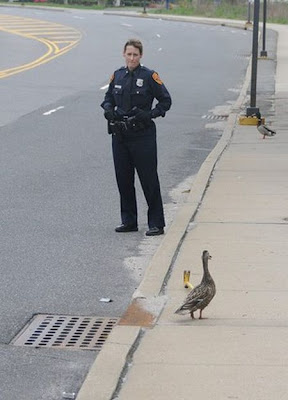 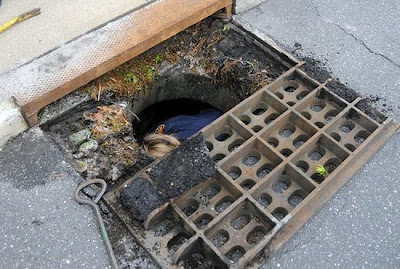 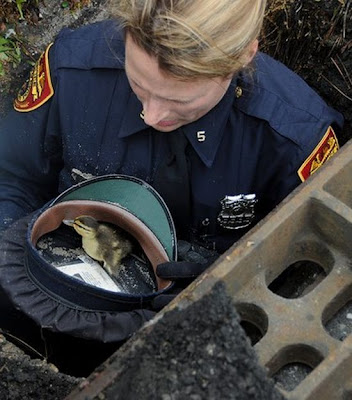 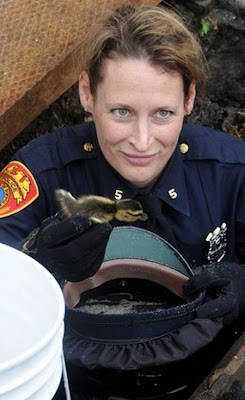 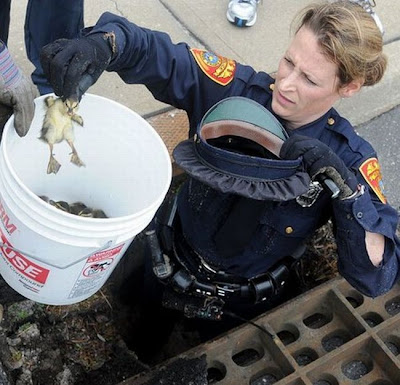 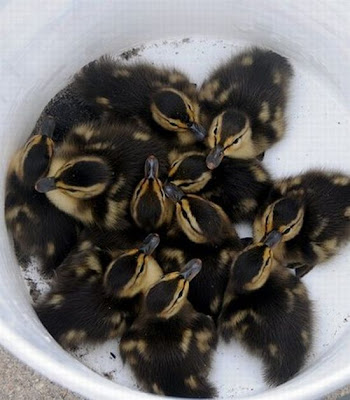 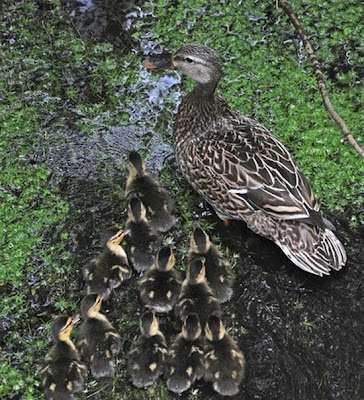