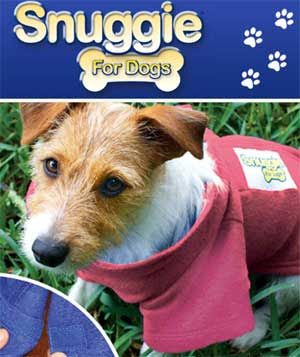 The Snuggie craze continues, now there's a Snuggie for Dogs (Official Website)
.
Posted by The Man at 5:40 PM 1 comment:

1-year-old makes 5 in a row and wins on America's Funniest Home Videos!
.
Posted by The Man at 5:38 PM No comments:

India's unfancied rugby sevens side must bulk up if they hope to make an impact at next year's Commonwealth Games, eating seven meals and at least 15 eggs a day, the country's South African coach said on Friday.
"I have told them (his players) they must eat at least 15 eggs a day, six for breakfast and the remaining nine any time, any how, during the day," the country's South African coach Norman Laker told the Telegraph newspaper on Friday.
"The players have three meals a day and that's not enough. In South Africa, elite rugby players have seven meals a day."
India is rated a lowly 83rd out of the 95 teams in the International Rugby Board rankings which are currently headed by South Africa.
"Indian players weigh 72-77 kg on an average whereas the international players weigh between 88 and 100 kg. That is the weight difference you have to make up," Laker said ahead of the team's departure to South Africa for a training stint.
India is hosting the Commonwealth Games in October 2010.
.
Posted by The Man at 5:35 PM No comments: