Helium was up.
Feathers were down.
Paper was stationary.
Knives were up sharply.
Pencils lost a few points.
Hiking equipment was trailing.
Elevators rose, while escalators continued a slow decline.
Light switches were off.
Mining equipment hit rock bottom.
Diapers remained unchanged.
Shipping lines stayed at an even keel.
Balloon prices were inflated.
And batteries exploded in an attempt to recharge the market.

Drowning woman saved by a dog 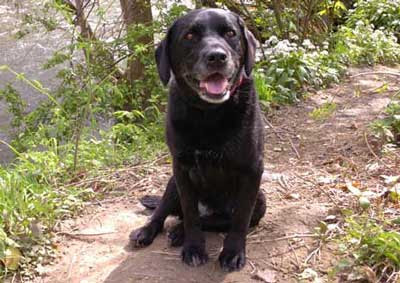 A DOG saved a drowning woman’s life by dragging her from a fast flowing river.
Labrador retriever named Penny was hailed a heroine after she swam into the Elwy and pulled the unconscious woman to shore in St Asaph.
Her owner Brenda Owen, 58, of nearby Ashley Court, had taken her pet for a walk along the river bank on Thursday lunchtime when they spotted a figure floating in the water.
Brenda, a custody officer with North Wales Police, said: "I’d gone for a quick walk with Penny.
"It’s a lovely walk and it was absolutely beautiful. Then I spotted a wheelchair on the riverbank - at first I couldn’t imagine what had happened.
"I saw another man walking with a dog and asked him if he knew what had happened and then we saw the woman in the water. "I shouted: "Are you all right?"
When there was no answer, Brenda shouted: "Fetch! fetch!" and instinctively Penny jumped into the torrent.
Brenda said: "The current was quite fast. It was obvious that the woman was unconscious and myself and the man went to help Penny who had dragged the woman back to the riverbank.
"The woman was unconscious for about five minutes and had injured herself."
After Brenda saw that the woman was breathing they placed her in a recovery position and dialled 999.
Brenda said: "It was a life or death situation."
It is believed the woman had gone missing from a nearby home. She was taken for treatment in Ysbyty Glan Clwyd at Bodelwyddan.
Brenda, a mother-of-three and grandmother-of-nine, said: "The woman could have very nearly drowned – the current was so fast.
"If Penny hadn’t gone into the water I would have tried and rescued the woman."
She said Penny is ten years old – but despite a few grey whiskers is very fit.
"Penny is a very obedient dog and we’ve had her since she was a pup. She’s a local dog but this is the first time that she’s saved anybody’s life‘," added Brenda.’"
A North Wales Police spokeswoman said: "We can confirm that a member of our staff assisted in the rescue of a woman from the river in St Asaph. There’s no doubt that her quick thinking and prompt action saved the woman’s life."

1 large Roast of beef
1 small Roast of beef
.
Take the two roasts and put them in the oven.
When the little one burns, the big one is done.
.
For those who don’t know who Gracie Allen was… She was George Burns’ wife.
Posted by The Man at 11:16 AM No comments: 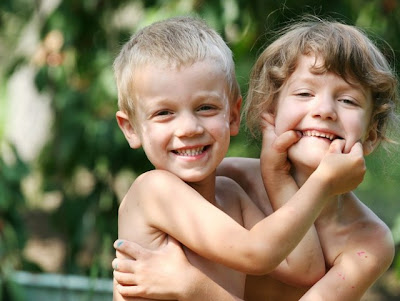 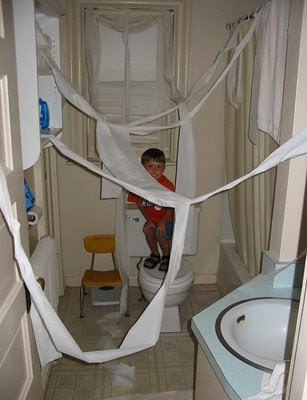 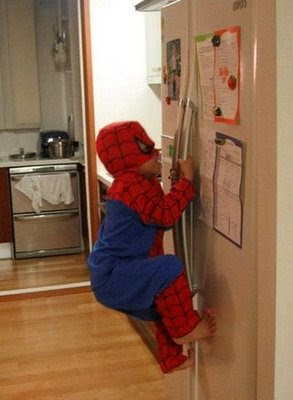 The least scary roller coaster in the world

You can have an open umbrella on this roller coaster. 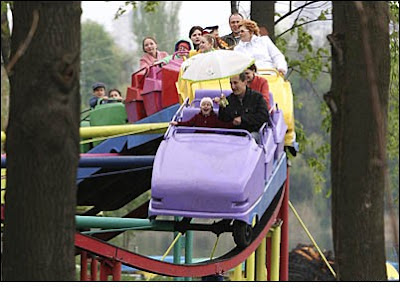 You handsome devil, you: 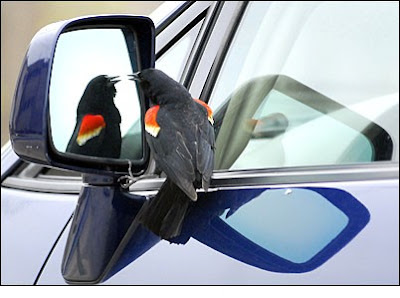