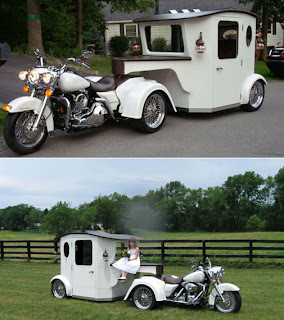 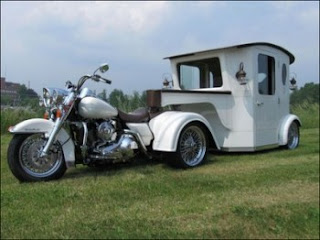 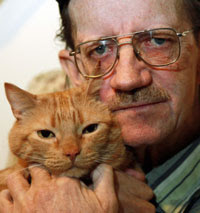 This was no ordinary CAT scan.
But Lionel Adams believes it saved his life.
Now recovering from surgery to remove cancer from his lung, Adams, 59, is crediting his eight-year-old feline friend Tiger for alerting him and his family doctor to a mass in his lung.
"He would climb into bed and take his paw and drag it down my left side -- he was adamant there was something there," he said.
"And it was right where the cancer was."
Adams, who has suffered from bronchitis, asthma and emphysema, had showed no symptoms of lung cancer before his kitty's bizarre examination.
But about seven months ago, after mentioning the cat's strange behavior to his family doctor, he was referred to a specialist who caught the disease at stage one in his left lung.
"They did an X-ray, they spotted something on the left side," he said.
To get rid of the cancer, doctors removed a piece of his lung about the size of a pop can that had been shredded in half.
And now Adams is heralding Tiger as a hero for potentially saving his life.
"I think if he hadn't done the pawing part it could have gone on for another five, six months undetected," he said.
"I feel like it could have been a lot worse if the cat hadn't had tuned in to something there, to something he felt was wrong.
"I would say he's my hero."
Barbara Walmer, department head of behavior at the Calgary Humane Society, said though studies reveal dogs are capable of sniffing out cancer and predicting types of seizures in their owners, other pets such as cats have been reported to act in similar ways.
"I have heard of it for sure in dogs," she said.
"I think we see more predicting in dogs, but for sure many pet owners have reported pets can have a sixth sense when knowing when something is wrong."
She said cats have a good sense of smell and can be tuned in to illnesses in humans because they are sensitive to subtle changes in their body language.
"If they spend a lot of time with you they learn a whole lot about you, your body language," she said.
"When things change because of illness they pick up on it, so whether it's they know if it is cancer or something is changed, we don't know."
Either way, Tiger should be credited for potentially saving his owner's life, Walmer said.
"Especially with the way it started and how it ended up unfolding ... they really would have not found out if the cat didn't act," she said.
"The cat definitely had a role to play in that."
Posted by The Man at 8:46 AM No comments:

A Ride Thru Airport X-Ray Machine

In ISTANBUL Airport a man finds alternative way through airport security
.
.
Anonymous said...
That guy will have cancer in a few years.
I hope he doesn't plan on having kids.
.
I doubt he would get cancer doing it just once.
.
Posted by The Man at 8:43 AM No comments:

Goat breaks into home, eats cake
What do you get when a goat follows a dog into a house?
For Sherry Shirley of Westford, the answer is a big mess.
When she opened the front door of her home on Lake Road to let her dog in Saturday morning, a full-grown goat burst into the house, jumped onto a kitchen counter and helped itself to a freshly baked chocolate cake, according to the Dodge County Sheriff's Department.
Deputies responded to a call from Shirley at 11:43 Saturday morning, but a neighbor had dragged the goat from the home by its horns before officers arrived, patrol captain Molly Soblewski said.
"The goat didn't do a lot of damage. It knocked some dishes to the floor that broke and began eating the chocolate cake she had just made," Soblewski said.
The chocolate cake caper, however, was far from a perfect crime. Deputies followed the goat's tracks to a nearby farm on Mill Road and had it behind bars by 12:35 p.m. Saturday.
Soblewski said the owners of the goat will not be cited.
"It was just an unfortunate circumstance," she said. "I feel sorry for the lady, but it is kind of funny."
.
New Hampshire Family of Four Trying to Live on $1,500 for the Year
A family of four in New Hampshire is trying to spend just $1,500 for their groceries, household items and personal care expenses for an entire year and detail their attempt in a blog.
To accomplish their goal Heather and Bourne Spooner have developed a new system of shopping that includes stockpiling foods and paying close attention to coupons and sales.
"My first inclination was, wow, that’s not that much money,'" Bourne said "But, hey, if we can do it it’ll save us a lot of money."
And save they have. The couple said so far this year their average grocery bill is only $125 a month.
In addition to clipping coupons, the Spooners shop at specific stores for certain items and have adjusted the way they plan meals.
"If I have chicken and ground beef and cucumbers and carrots and peppers that I need to use this week, then I’ll take all of that and I will look for recipes for those items," Heather said.
The Spooners also have sworn off dining out until their wedding anniversary, on Dec. 28.
.
Posted by The Man at 8:35 AM No comments: