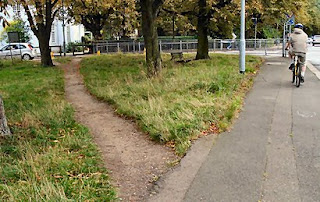 A term in landscape architecture used to describe a path that isn't designed but rather is worn casually away by people finding the shortest distance between two points. 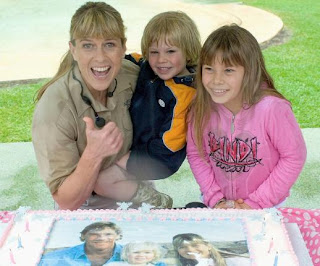 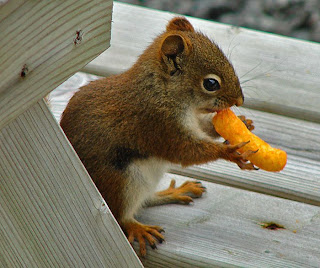 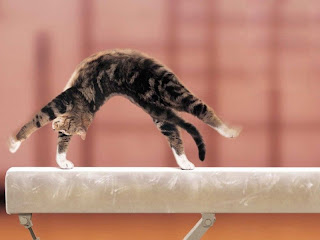 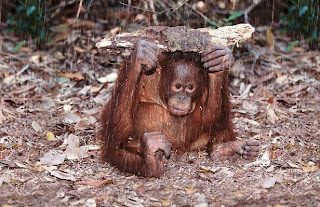 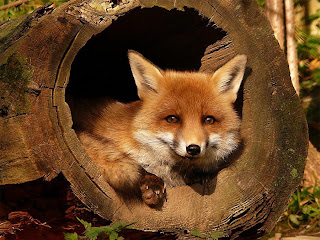 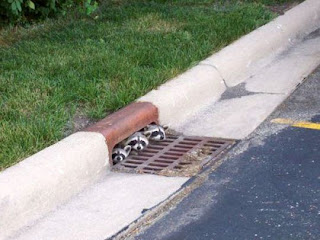 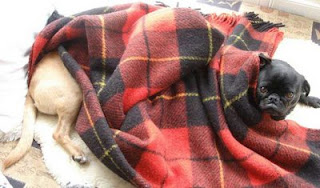 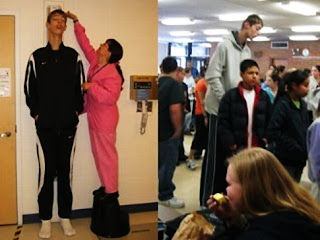 Meet the 12-Year-Old Boy Too Big for His Mom's SUV. Boy Is Truly Unique and Truly Tall.
.
Ellensburg, Washington, is home to a truly unique young man: 12-year-old Brenden Adams, who is more than seven feet tall and, incredibly, still growing.
He towers over his classmates and even his teacher, Gretchen Holmstrom, who jokingly quipped, "I'm 5'9," so I never look up to sixth graders -- until this year…never say never!"
And though friends say Brenden is just a regular kid, he's obviously not like anybody else. He has to duck through most doorways and sit sideways at his school desk because his knees don't fit under it.
In his mom's sport utility vehicle, he has to fold down the second row of seats, sit in the third row and stretch his legs out over the middle row in order to sit comfortably.
His shoe size? 18 and still growing.
NEWS VIDEO and More
Posted by The Man at 5:17 PM No comments: 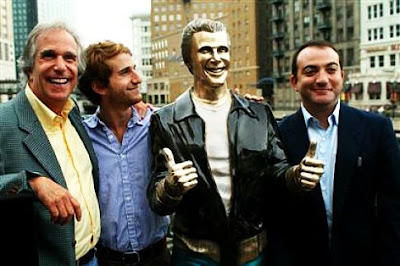 "His hair will always be in place, he doesn’t mind if you touch the leather and he’s far too heavy to jump the shark. Thought Arthur Fonzarelli couldn’t get any cooler?

Build a wall to hide what you don't want people to see. 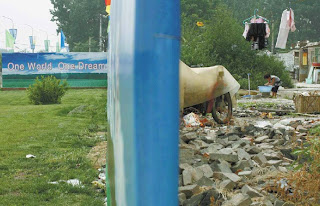 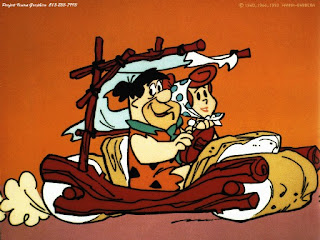 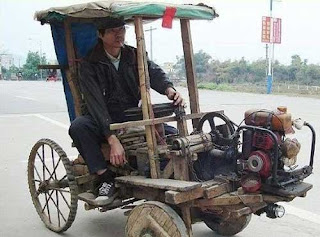 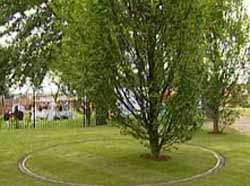 Three rotating trees installed next to a major city road junction are the latest addition to Liverpool's artistic landscape. Arbores Laetae - or Joyful Trees - has transformed a former brownfield site as part of the Biennial arts festival. Designed by New York architects Diller, Scofidio and Renfro, festival bosses say the work gives people a chance to "view nature at its most unnatural".
The slowly rotating trees, intended to be a playful reinvention of the public park, were largely welcomed by members of the public in their unveiling on Wednesday. The trees can found at the heart of 17 hornbeam trees planted in a grid pattern at the corner of Great George Street and Parliament Street, but are not immediately obvious to passing pedestrians or traffic. Some people find their unfamiliar shading patterns tranquil and others, unsettling, which was the aim, according to designer, Rick Scofidio. With news video.
Posted by The Man at 9:04 AM No comments:

Bear steals hubcap from car - then gives it back 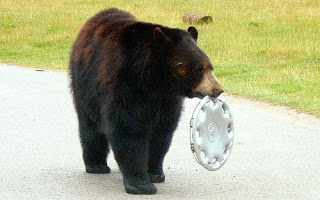 A black bear surprised visitors to a safari park by stealing a hubcap from a car and then offering it to a woman driver.
Azra Noonari, 39, was shocked to encounter pilfering behavior from the wildlife at Woburn Safari Park, having had her own hubcaps stolen at home in Luton, Beds, just weeks beforehand.
She was with her six-year-old daughter and two-year-old son on a day trip to the Bedfordshire park in July, when the bizarre incident took place.
"I was driving us to the bear and wolf area when I saw a car stopped right in front of me," she said.
"There was a bear in front of it, so I stopped too and started taking pictures.
"I saw it take a hubcap off the car then start walking towards us. I locked all the doors quickly, we didn't know what it would do.
"It put the hubcap down and then banged on the window, as if it was trying to get my attention.
"It was almost like it wanted to give me the wheel cap."
Posted by The Man at 8:59 AM No comments:

Chloe’s hair-raising adventure
The two-year-old's morning nap on an ambulance ended in a hair-raising 13km trip from Port Douglas to Oak Beach at 100km/h, with lights flashing and siren blaring all the way.
Chloe's owner and paramedic Myles White got a huge shock when an extremely distressed meow alerted him to a "goggle-eyed" cat sitting on the roof.
"We did the job and we were loading the patient in the back of the ambulance when we heard a cat let out a big meow," he said.
"Someone said there was a cat on the roof and I looked up and was very surprised to see it was my cat, Chloe.
"The road to Oak Beach is quite windy and it was lights and sirens all the way.
"I cannot believe that she managed to stay on and survive.
PICTURE and More
.
Owl's best friend ... Shrek and chum Torque
A greyhound and an owl have formed a bizarre friendship at an animal center.
Six-month-old pup Torque adopted tiny baby owl Shrek when she was taken from her mother for her own protection aged just three days.
Keepers feared Shrek’s mum would eat her first offspring if she became stressed.
Adoptive dad Torque is now guarding the rare long-eared owl at the home of head falconer John Picton.
They even spend their evenings together watching EastEnders and Coronation Street.
Shrek is free to roam the lounge as she strengthens her legs and often snuggles up to Torque on the sofa.
John said: "Their relationship is so unusual but also rather sweet.
"Torque seems to have adopted Shrek as his daughter and is now very protective. He follows her around at home and keeps his eye on her.
PICTURES and More
.
Posted by The Man at 8:46 AM No comments: