You Better Get Running 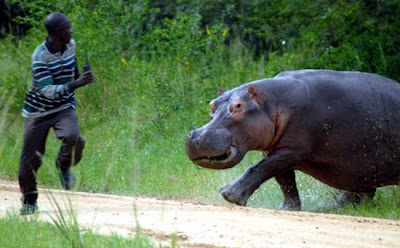 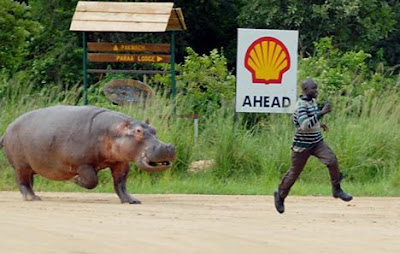 WATERLOO --- This is the tale of the hawk with the bum wing that flew to the chiropractor for help.
On Jan. 15, Sarah Reddick-Redman, a grandmother of two, was making a trip to the chiropractor. As she walked in to the office at the corner of Fifth and Vermont streets, she noticed she wasn't alone. There sat a red-tailed hawk on the railing.
She went back to her car to grab a camera. With the lens focused on its body, she looked at the hawk, and the hawk looked away. After a moment, it turned its head again and looked her square in the eye. She told the hawk how beautiful it was to calm its nerves, but it didn't seem nervous. "It was so thrilling I can't really explain it. We were just looking at each other, no fear or nothing between us," she said. "It's like she came there for help."
After her appointment, she saw the hawk still perched on the railing, sitting still. Then just before driving away, she noticed a droop in the bird's wing when it flew.
After a call to the Black Hawk Wildlife Rehabilitation Project, staff took in the hawk and diagnosed it with a broken wing. For more than two months, they nursed it back to health.
On Saturday, Reddick-Redman showed up to say goodbye to the hawk before its release into the wild. Terese Evans, director of the nonprofit, said the bird was freed just in time for nest-building season."That's the part we look forward to: To be able to release them back into the wild as 100 percent whole as we could get them," Evans said. 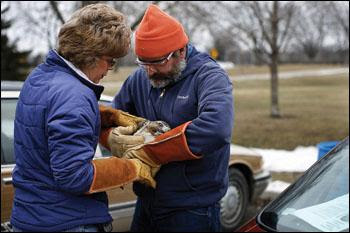 Terese Evans, left, and husband Jim Evans, right, work to remove a red tailed hawk in preparations for its release into the wild Saturday, March 22, 2008 in Waterloo, Iowa. Terese is the director of the Black Hawk Wildlife Rehabilitation Project a group providing care to injured wildlife. 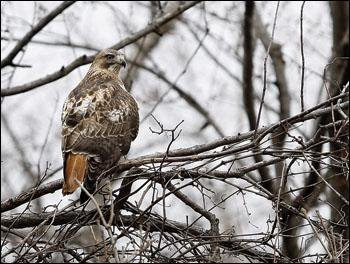 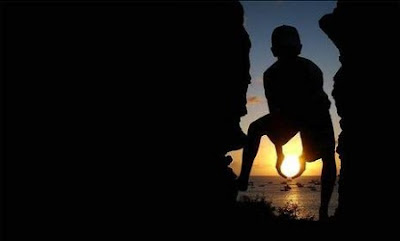 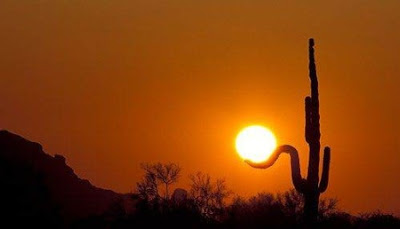 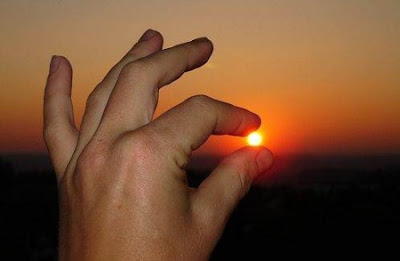 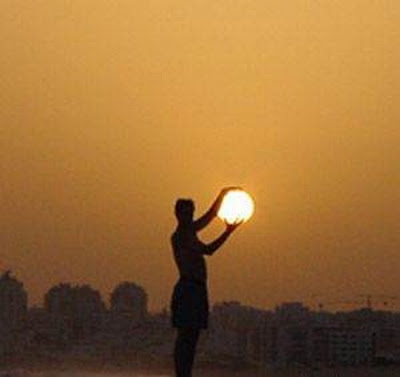 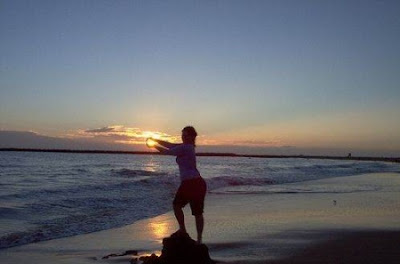 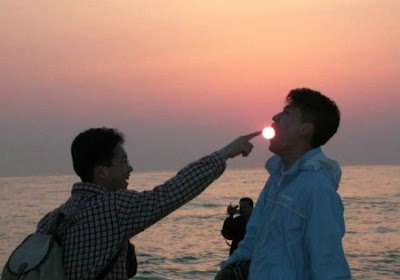 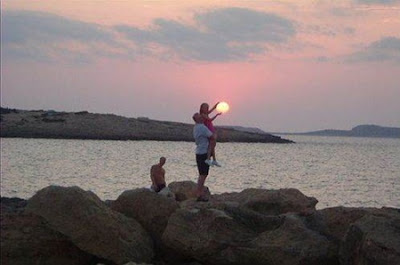 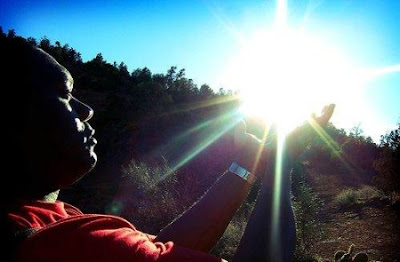 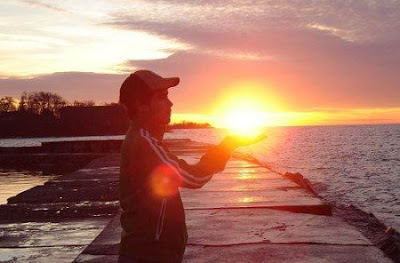 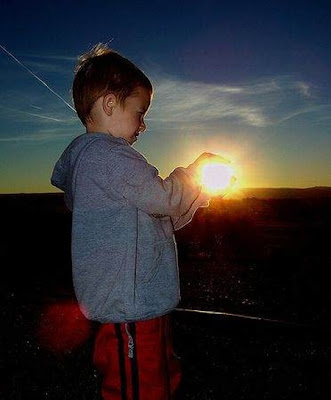 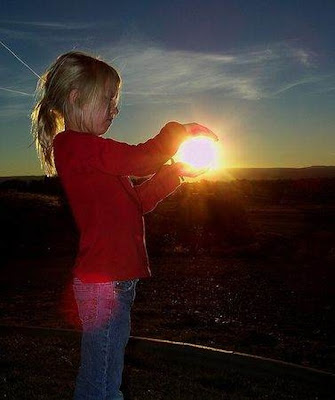 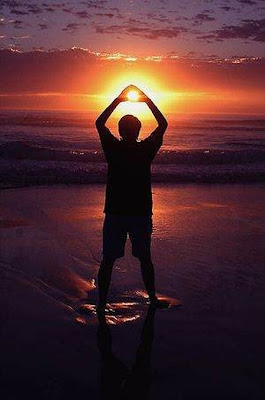 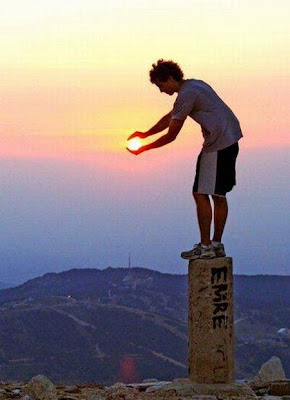 Leonid Stadnik's phenomenal height has forced him to quit his job get different means of getting around and to stoop around his house. 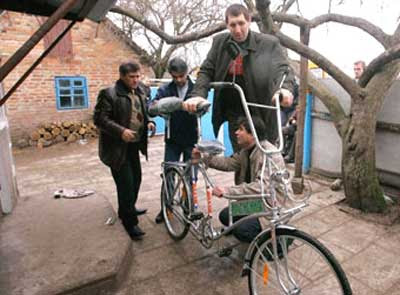 But Stadnik, who Guinness World Records says is the world's tallest human, says his condition has also taught him that there are many kindhearted strangers.Ukrainian veterinarian, Leonid Stadnik, 2.59 meter (8,5 feet) tall, the world's tallest living man according to the Guinness Book of Records, rides a bicycle specially made for him, in the village of Podoliantsy, Ukraine's northwestern Zhytomyr region, 212 kilometers (131.74 miles) west of the capital Kiev, Sunday, March 23, 2008.

Stadnik's growth spurt started at age 14 after a brain operation apparently stimulated his pituitary gland. Stadnik, 37, is still growing up.Since his recognition by Ukrainian record keepers four years ago, and by Guinness last year, people from all over Ukraine and the world have sent him outsized clothing, provided his home with running water and recently presented him with a giant bicycle. And on Monday, he got a new car, courtesy of President Viktor Yushchenko. 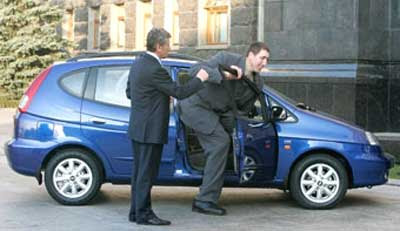 Yesterday, he traveled to Kiev to get a new, shiny-blue car. Stadnik struggled to squeeze himself into the passenger's seat, his knees nearly reaching up to his face. Yushchenko then briefly took the beaming Stadnik for a drive.
Posted by The Man at 10:55 AM No comments:

£1.3m lottery winner goes back to work at McDonald's 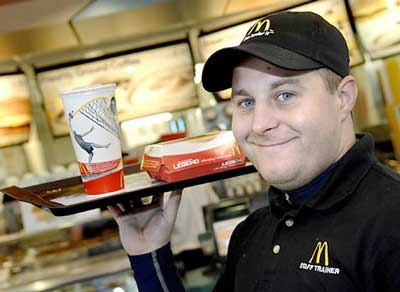 It's not the natural habitat of the millionaire. But if you visit a particular McDonald's store in Cardiff, you've every chance of being served by one. Luke Pittard, 25, won £1.3million on the National Lottery 18 months ago. He celebrated in the usual way; buying a new home and splashing out on a lavish wedding and holiday in the Canary Islands.
Then he realized that he really missed his job. So he asked to go back and couldn't be happier, getting up at the crack of dawn to flip burgers for £5.85 an hour. "They all think I'm a bit mad but I tell them there's more to life than money," he said.
Posted by The Man at 7:44 AM No comments: 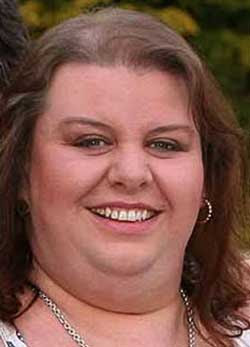 Doctors ordered dieter Jane Crook to stop eating fruit and veggies — as they were making her fat. Jane, 39, weighed 378 pounds, and kept piling on pounds despite a healthy diet — even when she only ate cabbage soup. Then medics realized she had polycystic ovarian syndrome — which means her body cannot process natural sugars. They told her to cut down on the fruit and veggies and also fitted a gastric band so that Jane, of Clutton, Somerset, could lose enough weight to start fertility treatment for a longed-for baby. She lost 140 pounds, and she and fiancé Andrew Hay, 43, are now expecting son Charlie in July.