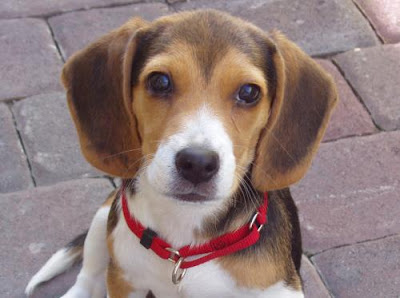 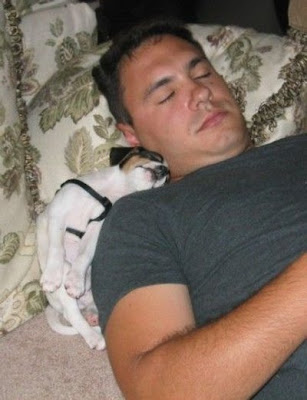 A pink snowsuit that has the likeness, but not the name, of Winnie the Pooh has a central Newfoundland family wondering if they bought a fraudulent garment. 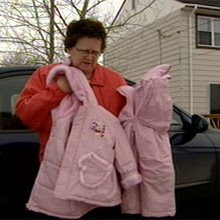 Elsie Johnson: 'I consider myself a very alert consumer.'
Elsie Johnson said her grand-daughter was mortified that the snowsuit's label says "Winnie the Poop," and not the actual name of A.A. Milne's beloved bear.
"She didn't want other children laughing at her. No kid would, really," Johnson told CBC News on Wednesday.
"She practically refused to wear the jacket, because it was embarrassing. At age 5, she knew it wasn't right."
The garment, though, boasts an embroidered image of Winnie the Pooh, a trademarked image owned by Disney.
Johnson's daughter-in-law paid $69.99 plus tax for the snowsuit, which the label indicates was made in China.
Although the snowsuit was sold at a price that doesn't suggest a knockoff, Johnson said the family is wondering if the label is a fake or a mistake.

The snowsuit featured an embroidered likeness of Winnie-the-Pooh, but not the character's name.

"I consider myself a very alert consumer," she said. "It bothers me … I don't know how it got through. You wouldn't buy a shirt from adidas that was misspelled and pay full price for it, would you?" Johnson asked.
"You can hardly believe what you see sometimes."
The snowsuit was purchased in Gander at a store belonging to the Riff's department store chain.
The local manager declined an interview, but said the shop halted sales when the suspicious labels were pointed out.
Johnson, who found the erroneous labels on other snowsuits at the same store, said her family is relieved they won't be stuck with the snowsuit.
"They said no problem. They're going to give us a refund," she said.
Johnson said she would still like to know how the suits were manufactured, whether they passed inspection and whether the suits will be recalled.
No one from Riff's head office was available to comment.

Police Needled At (911) Call To Help With Sewing
A woman in a rush to get to a garden party called (911) to ask for help with her sewing.
The woman, who has not been identified, called police in Rotorua yesterday pleading for help to thread her needle.
Police northern communications told the Herald the woman claimed she needed urgent assistance so she could get to a garden party.
No one was sent as the local police lacked the necessary skill, the spokesman said.
Police and other emergency services receive thousands of nuisance and hoax calls each year including heavy breathers, people wanting taxis and those upset that their takeaway meals were bad.
Last year, a bride in Christchurch, panicked by a large oil stain on her wedding dress, dialed 911 in a desperate plea for help.
Other calls have included:
* A man rang to say there were two hedgehogs fighting on his lawn.
* A woman called to get police to make her boyfriend ask for her hand in marriage.
* A man rang to say there was a cow at his letterbox - and he was scared.
.
The Friends download cost £11,000
The wife of a city executive cost her husband £11,000 after she downloaded four episodes of the sitcom Friends through his mobile phone while abroad.
The woman used the broadband package on his Vodafone mobile phone to order the programs, which would have been free had the download taken place in Britain. However, her husband flew to Germany on business while the download was still in progress and it resumed after he touched down, incurring the massive fees.
The pair, who has not been named, discovered the unwelcome bill after the executive arrived back in the UK and Vodafone called his firm to alert him.
Posted by The Man at 7:37 AM No comments: