If you do eat the 920 calorie breakfast burrito,
I’ll give you good advice: loosen your belt and update your will. 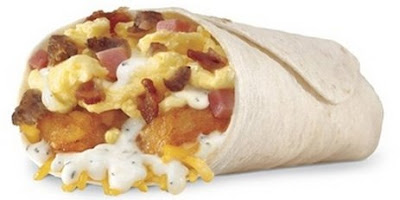 Hardee’s new Country Breakfast Burrito contains two egg omelets packed with bacon, sausage, diced ham, cheddar cheese, hash browns and sausage gravy... and 920 calories. We've never eaten two omelets in one sitting, and hope to never have to.
"This is no ordinary breakfast burrito," said Brad Haley, executive vice president of Marketing for Hardee's restaurants. "It's an entire country breakfast in the palm of your hand."
Posted by The Man at 6:22 PM No comments:

Labels: Food-Drink, Not Using Their Brain 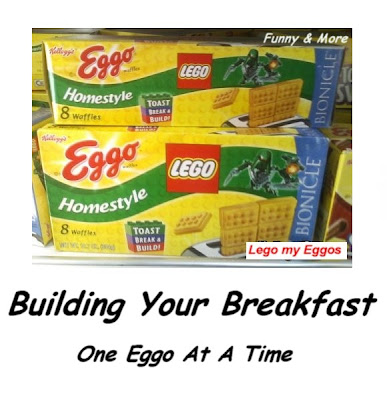 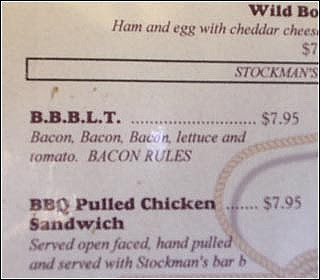 Wow! Look at all the different flavors of Spam!

And you thought they had only one kind.... 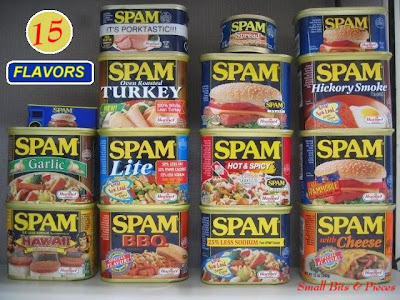 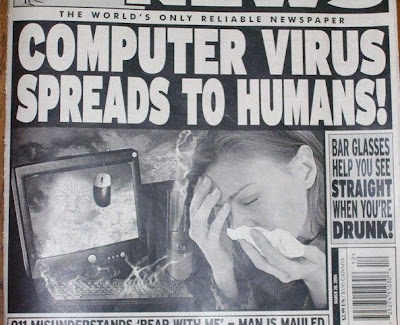 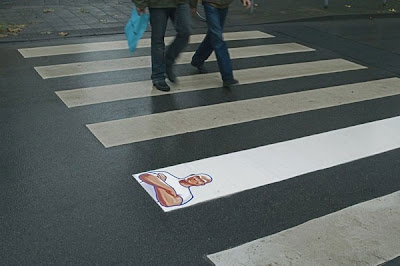 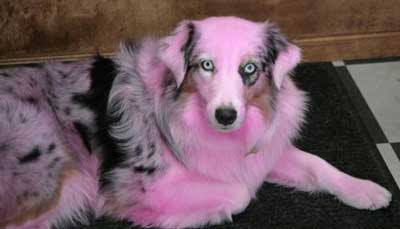 Dog forgives neutering, chooses veterinary office as home.
It’s not every day that a dog runs away from home to return to the veterinarian who neutered him. But Joplin vet Steve Walstad said that’s what he found when he drove past his office on Nov. 11. A black, mixed-breed dog named Radar was lying in front of the Animal Clinic at 710 S. New Hampshire Ave. 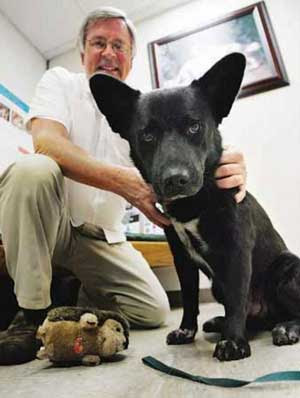 Walstad boarded Radar for several weeks and neutered him while the dog’s owner was out of town. When the owner, who did not want to be identified, came to pick him up on Nov. 8, Radar seemed hesitant to leave. Three days later, he jumped the fence at his home and was back at Walstad’s office.“I opened the door of the clinic and he ran right inside, into the back and settled right into his cage like he belonged there,” Walstad said. “I gave him some food and water and a hug, and he looked as happy as he could be.”

Walstad said most dogs have a sense of home that sometimes leads them over great distances back to their owners, but he said that in 28 years of practicing animal medicine in Joplin, he’s never heard of a dog returning to the vet’s office. Walstad said Radar’s owner had been looking for a new home for the dog and offered to let the vet keep him.

New cologne is the dog's whiskers. 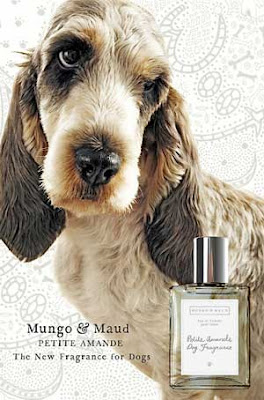 A new designer perfume has been launched - but not for humans - for the discerning designer dog. Pampered pooches everywhere, including celebrity canines, will be able to smell as good as their owners thanks to London pet shop Mungo and Maud. The perfume - called "Petite Amande" Dog Fragrance - is described as a "gentle scent inspired by nature with notes of French blackcurrant, mimosa and violet leaf on a base of sweet vanilla bourbon with a little almond". The shop's creative director Nicola Sacher said: "For some time we had wanted to create an original fragrance for dogs made with refined ingredients that wouldn't overpower the senses. "The scent is designed to refresh the dog and appeal to the human nose too."
Posted by The Man at 6:47 AM No comments:

The family that needs 3 heart transplants

Three members of the same family who are all waiting for heart transplants have urged more people to register as organ donors. Twins Lauren and Katie Williams, two, and their mother Louise Snape, 29, from Middleton, Greater Manchester, suffer from the same rare heart condition. The condition, dilated cardiomyopathy, causes the heart to enlarge and become less effective.

Doctors have said Ms Snape, who was diagnosed with the condition when she was pregnant with the twins, has between 12 and 15 years to live but this could be extended with a heart transplant. Katie was diagnosed shortly after she was born, but Lauren was only diagnosed a few weeks ago. The twins' hearts are now a lot weaker than those of healthy toddlers, and they are both struggling. Matching organs must come from a recently deceased child with the same tissue match and weight as theirs.
Posted by The Man at 6:39 AM No comments: