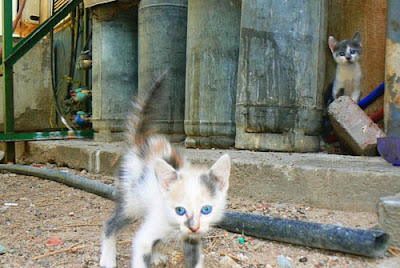 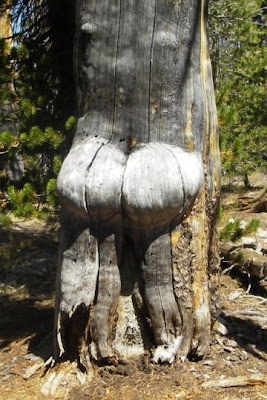 Go ahead, Look it up 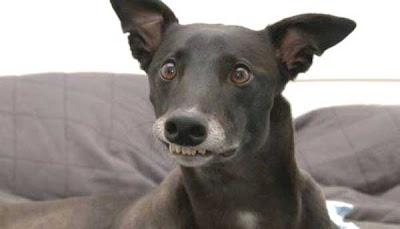 An interview with wildlife photographer
Paul Nicklen about his most memorable wildlife encounter. 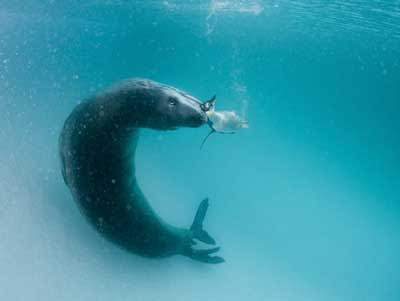 When he was photographing a story about leopard seals in Antarctica last year for National Geographic, he met this 12-ft-long, over 1,000-lb female leopard seal who adopted him and kept trying to teach him how to hunt penguins and over a period of several days kept bringing him penguins to eat. 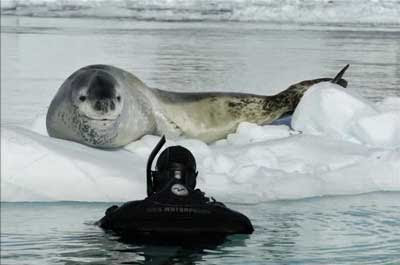 A Japanese man took his support for the country's fruit growers to extraordinary lengths today when he paid a record 650,000 yen (£3,100) for a single watermelon on the opening day of the annual season.
The black Densuke watermelon, grown only on Japan's northernmost island of Hokkaido, fetched the highest-ever price at a Japanese auction and may be the priciest watermelon in the world, according to local officials.
The premium watermelon, which weighed 7.7kg (17lbs), was bought by an unnamed seafood trader who made his sky-high bid to show his support for Japanese agriculture, local reports said.
The Japanese are no stranger to outrageously priced melons. Last month, a pair of coveted Yubari cantaloupe melons, another Hokkaido speciality, sold for a record 2.5 million yen, beating the previous year's highest price of 800,000 yen for a pair.
Melons, a popular antidote to Japan's humid summers, are often given as presents during the summer ochugen, or gift-giving season. Their status as luxury items - with hefty price tags to match - makes them an obvious choice among businessmen hoping to hold on to clients and office workers desperate to find their way into their boss's good books.
However, even veteran fruit traders gasped when the melon's buyer made his winning bid this morning. "This is the highest price on record for a Densuke watermelon, and that means it's probably the highest of any watermelon in Japanese history," Kazuyoshi Ohira a local agricultural cooperative spokesman, told the Associated Press.
The melon was the first of an initial batch of 65 and one of 9,000 that will be sold throughout the year. Growers say the unusually warm weather will mean this year's densuke watermelons should be sweeter and juicier than usual.
Fortunately for shoppers of more modest means, the melons will sell in supermarkets and department stores for between 20,000 and 30,000 yen - though many would doubtlessly consider this still a ridiculous sum for fruit.
Auction officials attempted to explain why anyone should part with just a few hundred dollars for a watermelon, let alone £3,000. The key, apparently, is in its unusual black skin and its crisp flesh.
"It's a watermelon, but it's not the same," Ohira said. "It has a different level of sweetness."

A kitten attempting to pester a fennec fox

A woman who was in a coma for six weeks was woken from her condition by her granddaughter’s scream. Devbai Patel, 56, of Neasden, north London, was left unconscious after she was hit by a lorry in a crash which killed the driver. Doctors reduced her sedatives to try to rouse her and her family talked to her, but she showed no reaction, so the medical staff suggested she might respond to her granddaughter Leela, aged 23 months. When they brought Leela in, she screamed to see her grandmother looking so ill, and Mrs Patel immediately opened her eyes. Her husband Kunverji, 57, said: "It's a miracle. We had tried everything but still she did not respond. "We brought in Leela and she was shocked to see her grandma like that, so she screamed and as soon as she did my wife opened her eyes. The doctors could not believe how quickly she got better once she had woken up." Mrs Patel , now recuperating with her family, said: "I'm glad to be home."
Posted by The Man at 7:23 AM No comments: