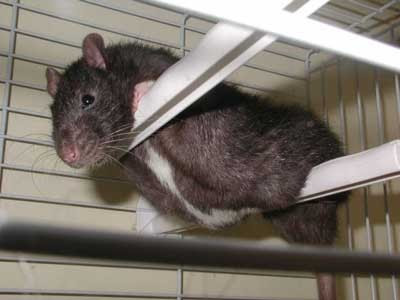 Russian pet shops are reporting a shortage of domestic rats, as shoppers snap them up ahead of the Chinese New Year - the Year of the Rat. Shoppers are said to be buying even mice, hamsters or gerbils.
But vets warn that some unwanted rats will be released in the streets. While Russia's main religion is Christian Orthodox, Chinese astrology is a pastime for many. Chinese New Year, based on the Moon's cycles, begins on 7 February this year.
Posted by The Man at 11:50 AM No comments: 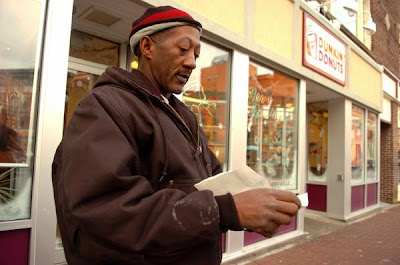 For just an instant Saturday night, Reggie Damone said he knew what it must feel like to hold a winning lottery ticket.
He picked up a nondescript envelope on the sidewalk in front of Dunkin’ Donuts in downtown Norwich to write down a phone number for a friend. He tore the corner to reveal a check for $185,000 inside. “This could pay my rent for ... for a long time,” Damone said. “I can’t even imagine what it must feel like to have that much money. It makes you kind of think of the lottery.
”He said he never was tempted to cash the check himself and even worried about holding it for too long. Images of police surrounding him with guns drawn came to mind, he said. The one thing he did think about was his own financial struggles. The 47-year-old from Jewett City is employed by McDonald’s restaurant in Lisbon and said food stamps help buy groceries — and an occasional pork chop when he feels like splurging. “My mother always told me if you take something, you lose three times that amount,” Damone said. “But if you so something good, something good will come back.
So after making several phone calls to find the rightful owner of the check, Damone rode the bus back to Norwich Monday to deliver it back to the rightful owner. The check was written to Ed Lord, owner of several properties in Norwich. He met with Kathy Lord-Richard Monday at a downtown bank, he said. She thanked him, and handed him a card with a $50 bill. He said he never expected a reward and was grateful. Lord-Richard could not be reached for comment.
A friend of Damone posed an interesting question Monday.“He said, ‘What it if was $185,000 in cash, would you still do it?’ I said, ‘Don’t go there,’ ” Damone said with another wide smile.

HONESTY IS ALWAYS THE BEST POLICY
Posted by The Man at 11:36 AM No comments:

How well can you read?

If you can raed tihs, pesale frworad it to a fiernd!
Posted by The Man at 11:33 AM No comments: