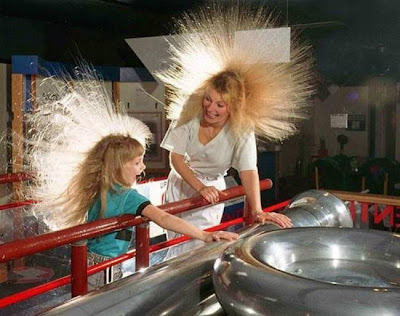 It's Important To Keep Your Eye On The Ball 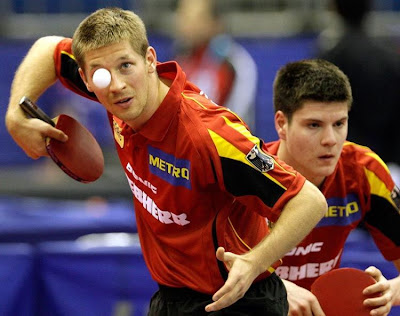 Cooking food on slabs of salt 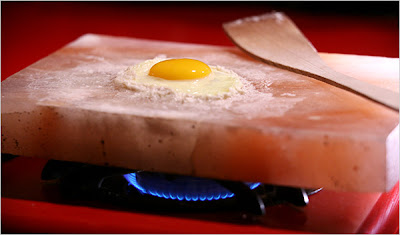 Pink Himalayan salt mined in Pakistan has caught the fancy of chefs, who have been using grains of it for seasoning, hunks of it for decorative accents and slabs of it for serving. Many food shops sell it in fine and coarse crystals.
Now, quartz-like slabs of it that can be used for cooking at home are being sold.
The thick 8-by-11-inch piece of solid salt can be placed directly on a stove burner and heated gradually; it will not melt. Lightly brushed with butter or oil, it will fry eggs that come away with quite enough salt. The same goes for jumbo shrimp, fish steaks or fillets, thin slices of beef and Portobelo mushroom caps. The slab can go in the oven or on a grill and can also be chilled or even frozen to use for serving sushi or other seafood. It will retain the cold for an hour or more.
Scrub it with a stiff brush or plastic scouring pad after use and rinse it quickly. It must be thoroughly dried overnight before heating again; water will degrade the surface.
The slabs are $40 at Sur La Table stores and surlatable.com. Slabs in a variety of sizes are also sold at saltworks.us.
.
Posted by The Man at 12:47 PM No comments:

Someone wanted to bring some smiles to the San Francisco public. They installed three red swings on the Bart Public Transit System. And then they left them there for the public to enjoy. Look at how much joy a swing can bring… 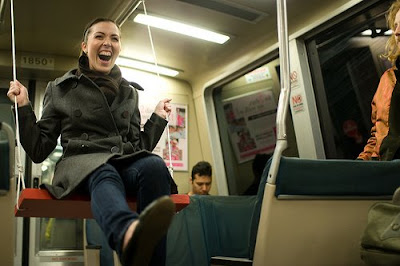 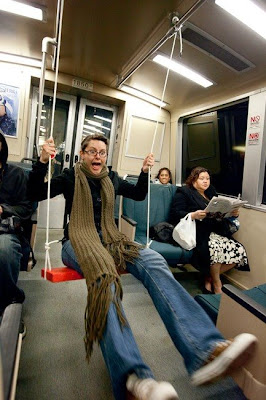 Flexible At Any Age

The next time you feel old, consider the flexibility displayed by 83-year-old Bette Calman. As you can see she doesn’t let her advanced age slow her down a bit. 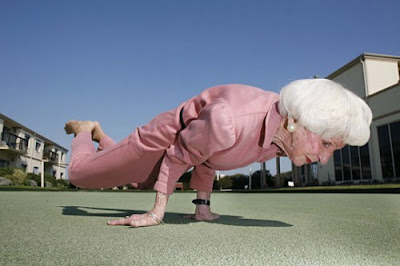 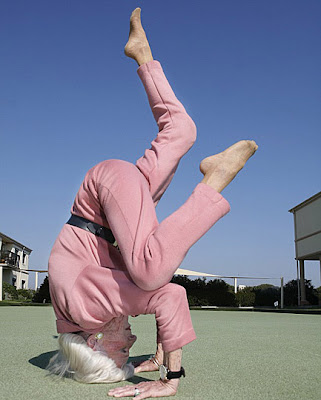 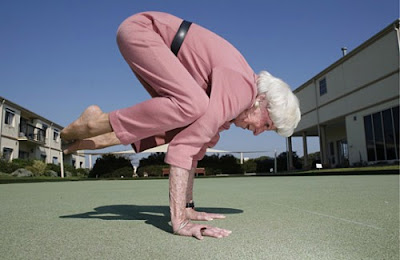 .
Calman says "You’re never too old.
The body is a remarkable instrument."
.
Posted by The Man at 12:19 PM No comments:

Smuggler had songbirds fastened to legs 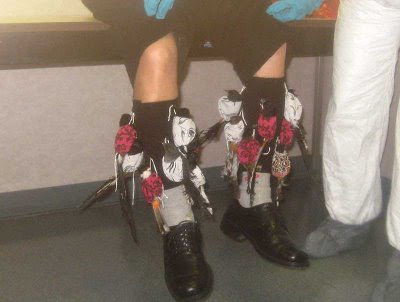 No airport should be without their bomb sniffing dogs and bird hunting cats.
A man was charged Tuesday with smuggling songbirds into the United States by hiding more than a dozen of them in an elaborate, custom-tailored pair of leggings during a flight from Vietnam to Los Angeles.
Sony Dong, 46, was arrested at Los Angeles International Airport in March after an inspector spotted bird feathers and droppings on his socks and tail feathers peeking out from under his pants.
Posted by The Man at 9:42 AM No comments: 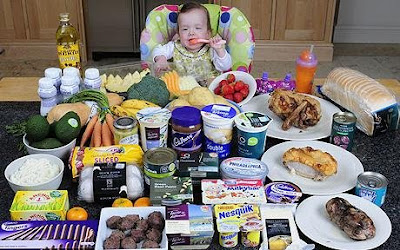 Baby Agatha Holloway who was born prematurely and underweight is eating food containing 20,000 calories each and every week to help her reach a healthy weight.
Agatha must plough through at least 3,000 calories a day – 500 more than the NHS recommends for men – after she was born three months prematurely weighing just 3lb 11oz.
At the age of 16 months, she still weighs only 17lb and has been advised by a paediatric dietician to eat the three full meals a day as well as fatty snacks.

Her diet typically includes porridge with clotted cream for breakfast and toast laden with chocolate spread, followed by midmorning snacks such as avocado and hummus.
Lunch usually consists of high fat roasted meats such as duck, lamb or pork, mashed potatoes with added cream, roasted vegetables in olive oil, and chocolate desserts and bananas.
The toddler has bagels spread in full fat cheese and chocolate fingers to keep her going through the afternoon.
She then eats tuna, mash with butter and baked beans followed by rice pudding and clotted cream in the evening, followed by a bed time snack of porridge with clotted cream and custard.
Her mother Samantha, who longs to feed her fruit and vegetables, said: "It's hard, and against your natural instincts as a mother, which is to give your child healthy food."
The 35-year-old management consultant from Cobham, Surrey, added: "But I know it's better than having her fed by tube.
"The dietician monitors everything and has told us there won't be any bad effects in the long term, as she'll eat healthy food when she's older.'
Agatha weighed 3lb 11oz when she was born on New Year's Eve 2007 at St George's Hospital in Tooting, South London.
.
Posted by The Man at 9:33 AM No comments: