There is a reason for signs 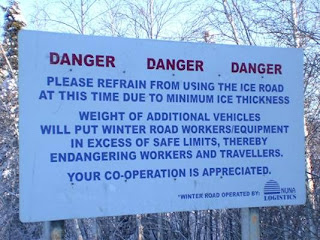 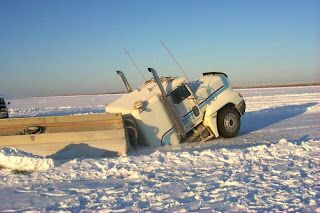 Crew cut gets teens cut from class
Three teens with crew cuts have been banned from their classes – until their hair grows back.
Pals Kieron Hawkins, Max Miller and a third pupil face sitting in the corridor for two weeks after getting their heads shaved.
The boys must study at desks in separate corridors at Oakmeeds Community College in Burgess Hill, West Sussex.
Kieron’s father Glenn says he is furious with the school and branded it "stupid" for taking such extreme measures.
He said: "Why should you have to be taught in isolation just because you have short hair? Kieron has had crew cuts before and always has quite short hair anyway."
Kieron, 14, and two of his friends used clippers to give each other grade one haircuts on Thursday.
Mr Hawkins was told by the head of his son’s tutor group that Kieron was not wanted in lessons because his hair was too short and it was against the school rules.
Picture and More
.
School bans students gelling their hair
A bald headmaster has threatened pupils with exclusion if they gel their hair too much.
Mark Perry has banned spiky hair that stands up at more than 90 degrees.
He says "exotic" styles contravene the school’s strict dress code.
But some furious students held a silent protest on the playing fields and refused to return to lessons after lunch.
One 15-year-old pupil said: "The toilet has been full of boys trying to get wax out of their hair.
"How does our hairstyle affect our learning? We are very upset. We were told it was not up for discussion."
Manesh Sivlal, 16, chairman of the student council, said: "Everyone should be able to express their feelings and individuality, and that includes having spiky hair."
Picture and More
Posted by The Man at 1:09 PM No comments:

With a winning bid of just $1.75, a Chicago woman has won an auction for an abandoned home in Saginaw, Michigan.
Joanne Smith, 30, recently was the top bidder for the home during an auction on eBay, The Saginaw News reported. Her bid was one of eight for the home.
"I am going to try and sell it," she told the newspaper. "I don't have any plans to move to Saginaw."
Smith said she hasn't seen the property or visited Saginaw, which has been hard-hit by economic troubles in recent years.
There's a notice on the door of the home saying a foreclosure hearing is pending, the newspaper said. She must pay about $850 in back taxes and yard cleanup costs.
Pictures
Posted by The Man at 1:07 PM No comments:

Dog Heavier At One End

Big Head, Small Body
Posted by The Man at 1:02 PM No comments: