Mom Had Her Children Steal $800 Pup

ST. CLOUD, FLORIDA Police say they arrested a mother for allegedly using her children to steal a puppy from a pet store in St. Cloud, Florida, located south of Orlando.

A police spokesman says after the local media aired a surveillance video from the store, viewers called in and identified the person.

Police say they arrested Tami Loechner and charged her with puppy theft and contributing to the deliquency of her children.

Police explained the mother can be seen in the video holding a baby while her other children stole an $800 Boston Terrier.

The puppy has been returned to the pet store owners.
Posted by The Man at 6:43 PM No comments: 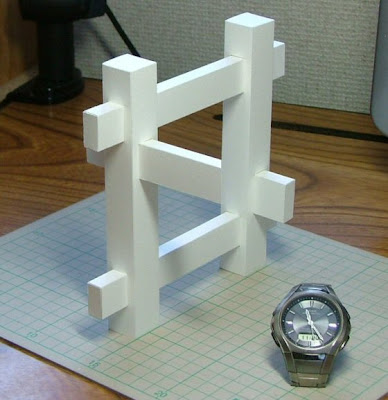 Frank Sinatra - 1938
Sex with a married woman (yeap, back then it was a crime) 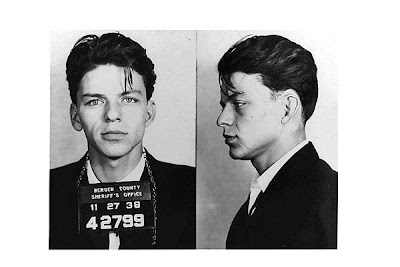 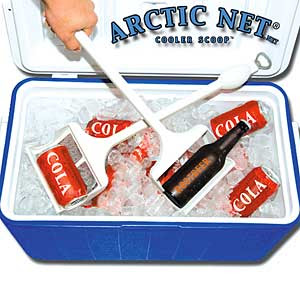 A Scorpion Mother with her Babies. 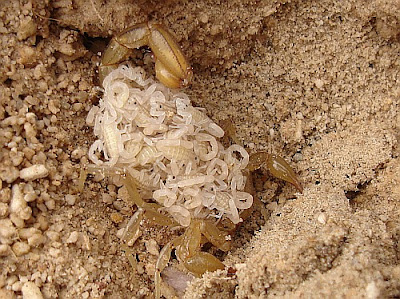 The scorpion is probably a Vaejovis species, and she is carrying around 25 tiny babies on her back. The scorpion mother gives live birth (vivipary). The babies climb on her back and stay with her for about 2 weeks before they wander away from her for good. While the babies are with the mother they also change their exoskeleton for the first time. I have seen mother scorpions eat the cast-off skin (exuvia) of her offspring. 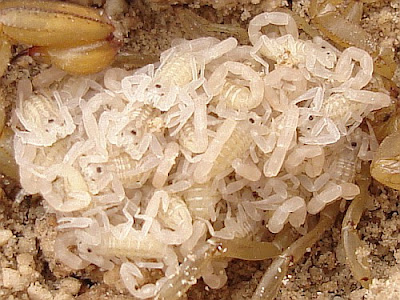 A close-up of the scorpion babies (scorplings).

To obtain out-of-reach food, the crow repeatedly took a piece of straight wire and bent it to create a hook.
New Caledonian crows living in the wild do create hooked probes from twigs, but the captive crow did something very different.
“To our knowledge, there are no confirmed reports of any animal making a hook out of unnatural material, such as wire, to solve a new problem,” said Alex Kacelnik, a behavioral ecologist who coauthored the report with Alex A. S. Weir and Jackie Chappell.
“The surprising thing about our crow is that, faced with a new problem, she worked out a new solution by herself,” said Kacelnik. “In the wild, New Caledonian crows make hooks by working on twigs, but they live in social groups and follow age-old techniques in response to problems that the species may have been exposed to for thousands of years.”
Full Article

And you thought you were having a bad day

A weak, ill, 75-year-old woman was found lying on a heap of rotting garbage in Erode, Tamil Nadu, on Sunday morning.
She told her rescuers she had been thrown there by her daughter and grandsons who wanted to get rid of her.
A local couple, Periaswamy and Mohanasundari, found the semi-paralyzed Chinnammal Palaniappan. She told them she had been living with the family of the youngest of her three daughters, who would quarrel incessantly over who should take care of their infirm mother. On Saturday night, Sarasa, the daughter, allegedly told her two sons to take their grandmother to a spot from where she could never return. The boys bundled Chinnammal into an auto rickshaw and threw her on the dump. “She never complained about her family’s behavior, only rued the fact that she couldn’t move without help,” Mohanasundari said. The couple took Chinnammal to the office of Jayabharath, a social organization, who on Wednesday informed the government. Social Welfare Minister Dr Poongothai expressed outrage. “I have asked the collector to take adequate care of the old lady, and take legal action against the children,” she said. But the family hasn’t been traced. “The lady can’t tell us the address,” KM Murgesan of Jayabharath said.
Posted by The Man at 6:09 AM No comments:

Recently, Pepper Ann topped even those feats. She and her sibling Zach were at Grandma's house, while Debbie and her husband were on vacation. Grandma had a friend over, who left a purse on the ground despite instructions not to leave anything in Pepper Ann's reach.

Sounds like the movie Gone in 60 Seconds when the dog ate the car keys.
Posted by The Man at 5:44 AM No comments: