Will you be able to avoid this??? 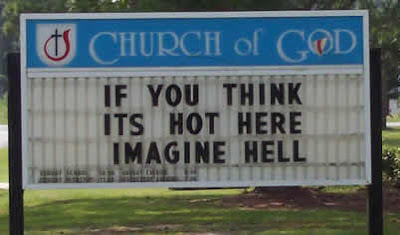 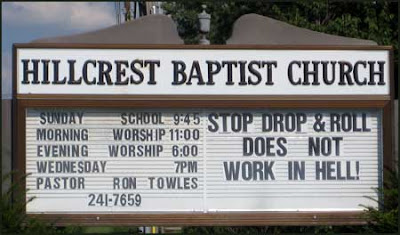 Nine million American children have no health insurance coverage in 2007.

Plastic Bottles,
Two million plastic beverage bottles, the number used in the US every five minutes.

Cell Phones,
426,000 cell phones, equal to the number of cell phones retired in the US every day.

Pain Killers,
213,000 the number of emergency room visits yearly in the US related to misuse or abuse of prescription pain killers.

Paper Bags,
1.14 million brown paper supermarket bags are used in the US every hour.

Plastic Bags,
60,000 plastic bags are used in the US every five seconds.

Cans,
106,000 aluminum cans are used in the US every thirty seconds. 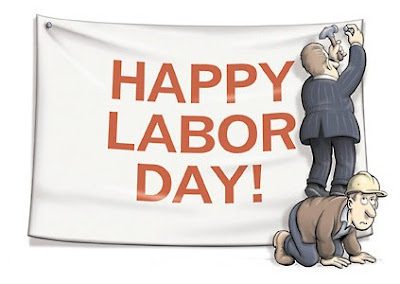 Here are the origins of several symbols we use in everyday life.

Question Mark
Origin: When early scholars wrote in Latin, they would place the word questio - meaning "question" - at the end of a sentence to indicate a query. To conserve valuable space, writing it was soon shortened to qo, which caused another problem - readers might mistake it for the ending of a word. So they squashed the letters into a symbol: a lowercased q on top of an o. Over time the o shrank to a dot and the q to a squiggle, giving us our current question mark.

Equal Sign
Origin: Invented by English mathematician Robert Recorde in 1557, with this rationale: "I will settle as I doe often in woorke use, a paire of paralleles, or Gmowe [i.e., twin] lines of one length, thus : , bicause noe 2 thynges, can be more equalle." His equal signs were about five times as long as the current ones, and it took more than a century for his sign to be accepted over its rival: a strange curly symbol invented by Descartes.

Ampersand
Origin: This symbol is stylized et, Latin for "and." Although it was invented by the Roman scribe Marcus Tullius Tiro in the first century B.C., it didn’t get its strange name until centuries later. In the early 1800s, schoolchildren learned this symbol as the 27th letter of the alphabet: X, Y, Z, &. But the symbol had no name. So, they ended their ABCs with "and, per se, and" meaning "&, which means ‘and.’" This phrase was slurred into one garbled word that eventually caught on with everyone: ampersand.

Octothorp
Origin: The odd name for this ancient sign for numbering derives from thorpe, the Old Norse word for a village or farm that is often seen in British placenames. The symbol was originally used in mapmaking, representing a village surrounded by eight fields, so it was named the octothorp.

Dollar Sign
Origin: When the U.S. government begin issuing its own money in 1794, it used the common world currency - the peso - also called the Spanish dollar. The first American silver dollars were identical to Spanish pesos in weight and value, so they took the same written abbreviations: Ps. That evolved into a P with an s written right on top of it, and when people began to omit the circular part of the p, the sign simply became an S with a vertical line through it.

Olympic Rings
Origin: Designed in 1913 by Baron Pierre de Coubertin, the five rings represent the five regions of the world that participated in the Olympics: Africa, the Americas, Asia, Europe, and Oceania. While the individual rings do not symbolize any single continent, the five colors - red, blue, green, yellow, and black - were chosen because at least one of them is found on the flag of every nation. The plain white background is symbolic of peace.

"The Symbol"
Origin: Okay, so we’re running out of symbols, but this is a great pop culture story: In 1993, Prince’s dissatisfaction with his record label, Warner Bros., finally reached its peak. Despite his superstar status and $100 million contract, the Purple One didn’t feel he had enough creative control over his music. So "in protest," Prince announced that Prince would never perform for Warner Brothers again - this unpronounceable symbol would instead. 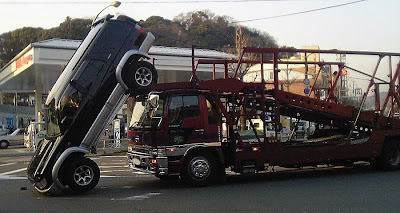 This guy loves his wet cat

Another Reason Not To Buy Chinese

Live worms found in Chinese chocolates
Last week worms and moths crawled out of a box of chocolates imitating a popular international brand, and even a few larvae. But by the time this was noticed, a few chocolate balls had been consumed. The chocolates were picked up by a Korean consumer on his trip to China. But local manufacturing experts say it looks as though the contamination happened during the manufacturing process. "It seems to be seriously contaminated during the manufacturing process since the larvae of Plodia Interpun were found," says Professor Ahn Young-chul at Eulji University.


Reports suggest that worms were found in some chocolates made in Korea as well. But the news about the 'China Chocolates' adds to the already-damaged "Made in China" brand. China, for it's part, dismisses the reports and defends the quality of its exports. The consumer who found worms in his chocolate said the Chinese manufacturer of the chocolate insisted he goes back to China with the product if he wanted any compensation.
Posted by The Man at 9:03 AM No comments:

Labels: FYI:, In the News, Not Right 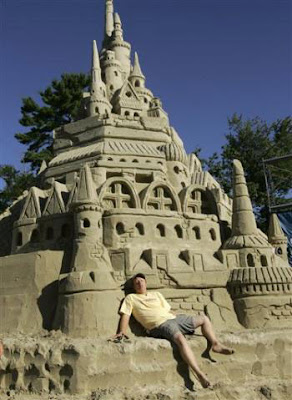 The creator of a sand castle built nearly 32 feet high to raise funds for terminally ill children and their families hopes the structure will be named the world's tallest.
Organizers of the event at the Point Sebago Resort in Casco, Maine, said the elaborate sand castle measured a height of 31 feet, 7 inches.
Verification paperwork is to be sent to the Guinness Book of Records, which will determine whether the castle makes the record book.
Posted by The Man at 8:59 AM No comments: