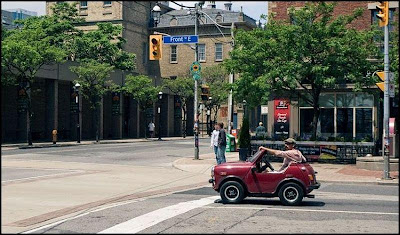 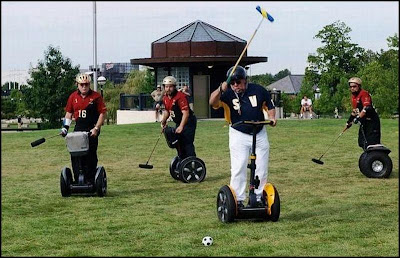 Children use pet dogs to cheat on pedometer study 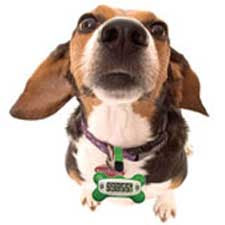 Children taking part in a study to measure how much exercise they do fooled researchers by attaching their pedometers to their pet dogs.
About 200 children in east London were given pedometers to automatically count how many steps they walked and ran.
Mile End Center for Sports and Exercise Medicine was surprised by the activity levels recorded in some obese children.
Professor Nicola Maffulli said: "Then we realised they were attaching the pedometers to their dogs' collars."
'Extremely active'
The pilot study in Whitechapel required 11 and 12-year-olds to clip a pedometer to their waists, with researchers at the center collecting the readings by satellite.
"But after a week we found there were some kids who were extremely active but still obese," said Professor Maffulli.
It was "not unheard of" for participants in previous studies to manipulate the readings of pedometers, he added.
Once adjusted to take into account the help from pets, the study indicated that boys in the borough walk or run 12,620 steps a day, below the recommended level of 15,000 steps.
It also found that girls take 10,150 steps, falling short of the recommended 12,000 steps.
It indicated that more than a third of 11 and 12-year-olds in the borough of Tower Hamlets are overweight or obese - 11% higher than the national average.
.
Posted by The Man at 3:38 PM No comments:

Bride pans her own gold for wedding rings
A Leeds student has told how she turned gold panned from British rivers into wedding rings for herself and her new husband.
Daisy Thurkettle-Roper, 25, has bee n panning for gold in Britain since she was a toddler, reports the Daily Telegraph.
"I've kept all the gold I have ever found and there seemed to be nothing more perfect and romantic than using it for our wedding rings."
.
Jackson Butter
Plans to erect a giant statue of Michael Jackson made from butter at the Iowa State Fair are being put to the vote.
Fair organizers announced their intention to create the butter tribute to the King of Pop just days after Jackson's death.
But the idea has proved so controversial that they are now to hold an online poll to decide whether or not to go ahead with it.
Spokeswoman Lori Chappell says Jackson was to be part of a sculpture commemorating the 40th anniversary of Neil Armstrong's moon landing.
She says because of the overwhelming response about the Jackson sculpture, both positive and negative, the fair are now conducting an online poll.
People can vote at Iowa State Fair
Results will be announced on 17 July, and the fair will run from 13 to 23 August.
.
Posted by The Man at 3:34 PM No comments:

You can Hug Me! 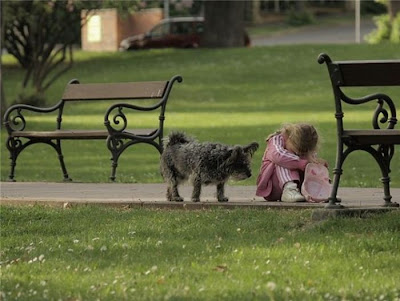 Watches and Cell Phones dates to the 17th century 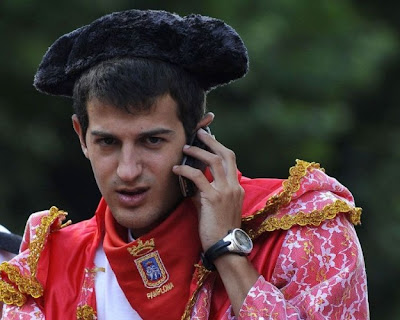 Jack Russell Terrier barking at himself, on video!

How to Open a Banana

.
.
We had some straight line winds that took out trees and utility poles so -
I wasn't able to post anything.
.
.
Posted by The Man at 1:44 AM No comments: