Don Callahan rescued his four-legged companion, Wyatt Earp, at an adoption fair held at the Detroit Zoo five years ago. Now, Wyatt Earp has returned the favor.
On January 23, Callahan collapsed while on a walk with the dog by Rotary Park on 13 Mile Road. Drivers and pedestrians couldn't see Callahan as he lay in the dark on the sidewalk.
His loyal companion stayed by his side and barked incessantly. Finally, someone called the police about the dog being a nuisance. When police responded, they found Callahan and rushed him to the hospital.
Callahan who is a diabetic, went into a coma after his blood sugar level dropped to 18, far below normal levels.
Besides being thankful for Wyatt Earp, Callahan says he is thankful to Marlene Burgess who called the police about the barking dog, which brought him the help he so greatly needed.
Callahan is recuperating at home with Wyatt Earp right by his side.
.
.
Posted by The Man at 10:58 AM No comments:

Retirement village is exclusively for cats 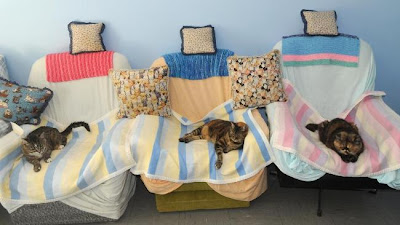 Homeleigh retirement village is a perfect place to spend the twilight years, with staff to clean and cook, a garden and immaculate quarters.
But forget about signing up - unless you are a cat.
Inside a fully functional house next to Keysborough Animal Shelter in outer Melbourne, the only residents are eight aged felines.
A shelter staff member visits every morning and night to feed the cats and human visitors pop and to spend a few hours.
Elizabeth Johns, one of the directors of the village, said the cats never fought and would roam the house and garden at will.
Ms Johns, who visits twice a week, said owners can rest easy knowing their pets will be cared for. That's the case even if an owner dies or is incapacitated.
"You can't often rehome a cat, especially an older cat, and people want peace of mind," she said.
To become a resident, cats must be at least eight years old and owners must donate $6000 to cover expenses for the cat's life.
.
Posted by The Man at 10:42 AM No comments:

Tiki the Chinchilla loves the guitar 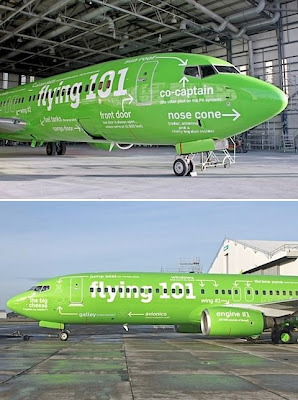