Everything you ever wanted to know about crayons. 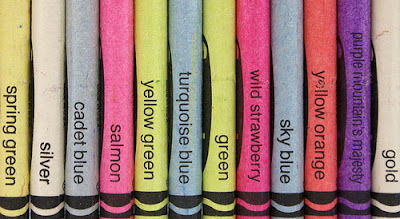 The first box of Crayola crayons was sold in 1903 for a nickel and included the same colors available in the eight-count box today: red, blue, yellow, green, violet, orange, black and brown.
.
In the last 98 years, more than 100 billion Crayola crayons have been made.
.
Most Crayola crayon color names are taken from the U.S. Commerce Department’s National Bureau of Standards book called "Color: Universal Language and Dictionary of Names." Many crayon names are also borrowed from traditional artists’ paints.
.
The average child in the United States will wear down 730 crayons by his 10th birthday (or 11.4 boxes of 64s). Kids, ages 2-8, spend an average of 28 minutes each day coloring. Combined, children in the US spend 6.3 billion hours coloring annually, almost 10,000 human lifetimes!
.
Crayola crayon color names rarely change. However, there are exceptions. In 1958, Prussian blue was changed to midnight blue in response to teacher recommendations that children could no longer relate to Prussian history. In 1962, the colour flesh was changed to peach recognizing that not everyone’s flesh is the same shade.
.
The name Crayola was coined by Alice Binney, wife of company founder Edwin, and a former school teacher. She combined the words craie, which is French for chalk, and ola, for oleaginous, because crayons are made from petroleum based paraffin.
Posted by The Man at 8:01 AM No comments: 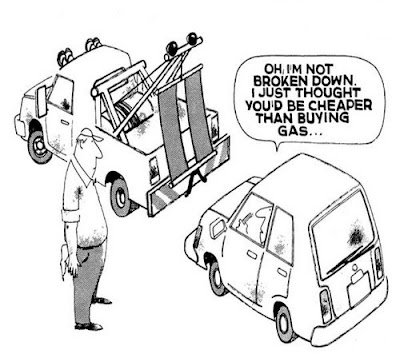 Kids will be kids….

Come Fly With Me 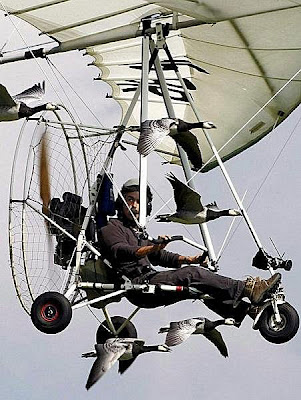 This dog opens the door and he lets the other dogs in first.

Dog owners in Switzerland will have to pass a test to prove they can control and care for their animal, or risk losing it, the Swiss government said yesterday.
Animal lovers will have to sit an examination and undergo a practical test under rules to be introduced in September.
Initially, owners will have two years to follow courses on animal care but by 2010 it will be necessary to pass the theory exam in order to keep any kind of dog, from a Chihuahua to an Irish wolfhound.
The move is part of a wider law on the protection of animals. Among the more unusual provisions is a requirement that guinea pigs and budgies be bought in groups of two or more, because they cannot bear solitude.
The law also requires farmers who keep more than three pigs, five horses, 10 sheep, 150 egg-laying hens and 200 chicks to take a course.
Posted by The Man at 7:39 AM No comments: