Dumbest crook leaves trail of evidence
Within an hour of being charged and bailed over other break-ins, Bendigo man Andrew Bawden, 36, was back in business, busting into cars and houses and robbing offices and a cathedral.
But his one-man crime wave came unstuck when he dropped his police charge sheet at one crime scene.
Two hours later he dropped the DVD of his police interview at another.
"You get crooks sometimes that leave one thing that's stupid. Both things are extraordinary," Bendigo police Sgt Brendon Murphy said.
"From the police perspective it's quite good. We appreciate people who leave this evidence for us."
.
'Why do I need to give my name, I have done nothing'
A 22-year-old man was arrested for resisting law enforcement after he wouldn't tell a deputy his date of birth, according to an Okaloosa County Sheriff's Office arrest report.
A deputy responded to a call of a disturbance at 955 Airport Road around 5:35 p.m. Feb. 9, the report said. When the deputy found the man standing on the sidewalk and asked him what was going on, the man said, "Nothing, I am just standing here."
The deputy asked the man what his name was, and the man said, "why do I need to give my name, I have done nothing," according to the report. The man then gave his name.
When the deputy asked for his date of birth, he said, "7, I am cold," according to the report, but would not provide his date of birth.
.
Posted by The Man at 6:27 PM No comments: 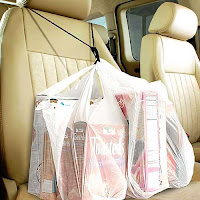 Clutch bag holder prevents messy spills in the car. Keep bags upright and contents securely inside with this uniquely designed holder. Just stretch the elastic cord around the passenger seat's headrest poles and secure bag's handles with hook and loop strip.
Holds four bags.
.
Posted by The Man at 6:21 PM No comments:

The term means variation in coloration.
Perhaps most striking when it involves coloration of the iris
. 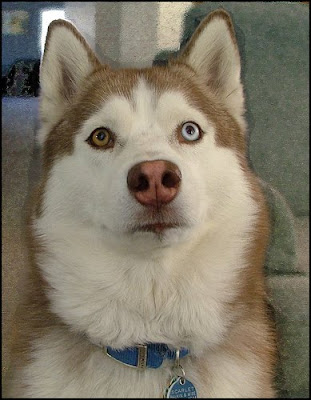 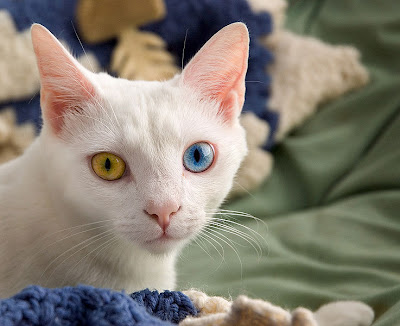 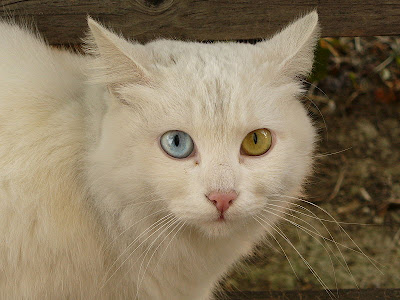 A trucker who ate evidence of breaking Swiss speed limits has paid the price -- a stomach ache from swallowing the discs which recorded his driving, police said Tuesday.
The 34-year-old trucker from the Balkans was stopped for speeding on a highway in the southern canton of Tessin and was found to have driven more than 1,000 kilometers (620 miles) in 18 hours without stop, local police said.
Hunkered down in his cab, the man reportedly gobbled up the paper discs of his truck's tacho graph, which records speed and the time driven. He was hospitalised after suffering stomach pains.
The incident posed no serious health consequences, police said, and the driver was fined for the infraction.
Tacho graphs are intended to ensure that truck drivers do not work overly long hours as part of overall road safety requirements.
.
Posted by The Man at 4:55 PM No comments: