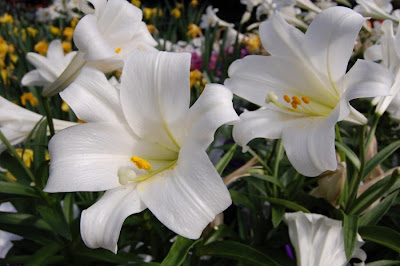 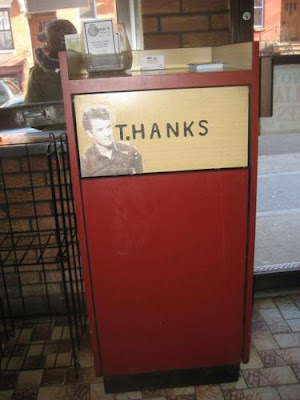 A man will have to pay more than $80,000 for illegally cutting a path through a sea cliff so his children could walk down to the beach. Franklin man Bryce Parsons has put his home up for auction to pay for the damage - which a judge said looked as though a large slice had been cut out of a living organism and its entrails spilled out on the foreshore. 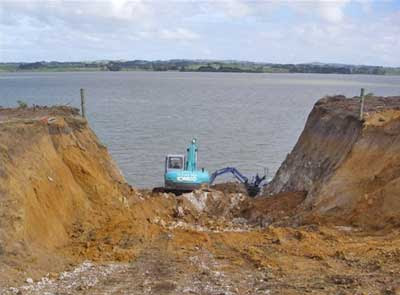 Judge Fred McElrea told Parsons in the Auckland District Court that it was a serious piece of damage to public land in a very sensitive situation with a high degree of recklessness. He fined the 43-year-old $20,000 and ordered him to pay $1260 in costs. 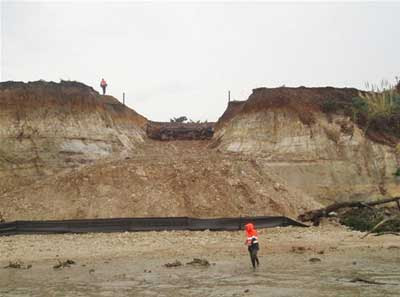 Parsons already faces a $60,000 bill for fixing the damage to the coastal esplanade next to his Glenbrook Beach Rd property. Parsons said yesterday he had not known he needed consents before making the cut from his property overlooking the Manukau Harbor. "We have three kids, and they want to get down to the beach. It was just for access from the property."
Posted by The Man at 11:54 AM No comments:

5th Grader Smarter Then The Smithsonian 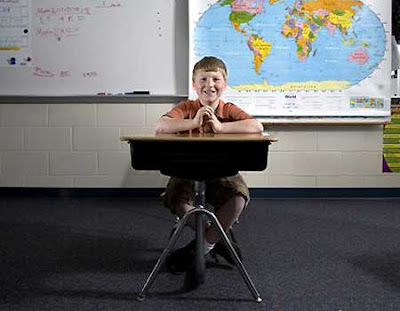 Michigan boy, 11, discovers decades old mistake during trip to the Smithsonian's National Museum of Natural History
The 11-year-old boy, who lives in Allegan but attends Alamo Elementary School near Kalamazoo, went with his family during winter break to the Smithsonian Institution's National Museum of Natural History in Washington.
Since it opened in 1981, millions of people have paraded past the museum's Tower of Time, a display involving prehistoric time. Not one visitor had reported anything amiss with the exhibit until Kenton noticed that a notation, in bold lettering, identified the Precambrian as an era.

Kenton knew that was wrong. His fifth-grade teacher, John Chapman, had nearly made the same mistake in a classroom earth-science lesson before catching himself.
"I knew Mr. Chapman wouldn't tell all these students" bad information, the boy told the Kalamazoo Gazette for a story published Wednesday.
So Kevin Stufflebeam took his son to the museum's information desk to report Kenton's concern on a comment form. Last week, the boy received a letter from the museum acknowledging that his observation was "spot on."
"The Precambrian is a dimensionless unit of time, which embraces all the time between the origin of Earth and the beginning of the Cambrian Period of geologic time," the letter says.
The solution to the problem would not involve advanced science but rather simply painting over the word "era," the note says.
"We did forward a copy of the comment and our paleobiology department's response to the head of the exhibits department," said Lorraine Ramsdell, educational technician for the museum.
While no previous visitors to the museum had brought up the error, it has long rankled the paleobiology department's staff, who noticed it even before the Tower of Time was erected 27 years ago, she said.
"The question is, why was it put up with that on it in the first place?" Ramsdell said.
Excited as he was to receive the correspondence from museum officials, he couldn't help but point out that it was addressed to Kenton Slufflebeam.