New Orleans phone book before and after Katrina 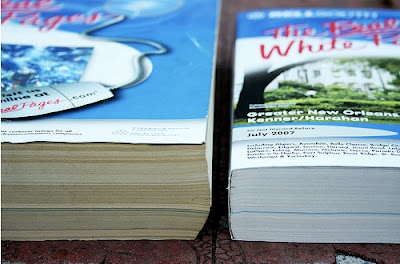 I posted this before but, it is still funny
Posted by The Man at 7:44 PM No comments:

All I want was McDonalds

Dispatchers use fast-food delivery ruse to track down girl, 4, who called 911 nearly 300 times
CARPENTERSVILLE, Ill. (AP) --- Authorities tracked down a 4-year-old girl who called 911 nearly 300 times last month by offering to deliver McDonald's to her suburban Chicago apartment. Unbeknownst to her mother, the girl used a deactivated cell phone to call dispatchers 287 times in June -- sometimes as often as 20 times a shift. Dispatchers heard the child's voice but could only track the phone's signal to the apartment complex. So authorities used a ruse to pinpoint her. "We asked (the caller) what she wanted. She said she wanted McDonald's," said Steve Cordes, executive director of QuadCom's emergency center, which covers Carpentersville. "We talked with her and we convinced her if she told us where she lives, we would bring her McDonald's," he said. "She finally gave us her address. So we sent the police over -- with no McDonald's." After police arrived, the girl's mother took away the phone, Cordes said. Under federal law, deactivated cell phones still must be able to access 911. Many deactivated phones will contact an emergency call center if the user holds down the nine key.
Posted by The Man at 1:17 PM No comments:

http://www.dailymail.co.uk/pages/live/articles/news/news.html?in_article_id=466219&in_page_id=1770
July 5, 2007
Marcia and Millie Biggs were hard to tell apart when they were born within minutes of each other a year ago.
But the twin sisters are growing up in a delightfully different way.
Blue-eyed Marcia has inherited their mother Amanda's fair complexion and strawberry blonde hair. Millie is more obviously of mixed race and clearly takes after their father, Michael, who is of Jamaican origin.
Scroll down for more... 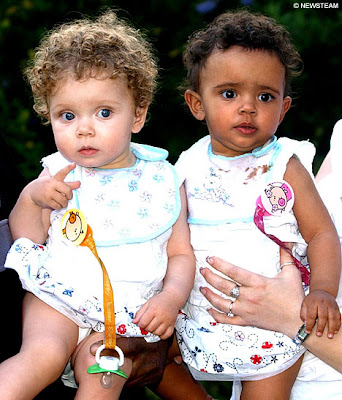 The twins: Marcia (left) takes after her mother while Millie is more of a Daddy's girl
As the sisters celebrated their first birthday, their 39-year-old mother said: "They weren't identical twins but they looked alike when they were born. It was only when they were a few weeks old that you started to notice the differences between them.
"Millie started getting darker skinned, much more like her dad, particularly on her legs.
"At more or less the same time, Marcia also started to develop a lighter complexion and her hair also began to get blonder and curlier.
Scroll down for more... 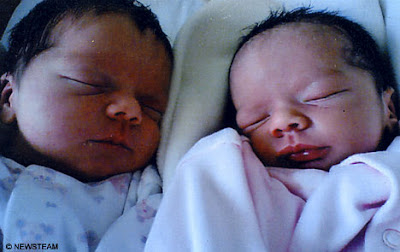 Marcia and Millie shortly after they were born
"People have said that it's one of those unusual things to do with the genes. It's very rare that it happens - a one-in-a-million chance. They are both well cherished."
She and Mr Biggs, 40, a car mechanic and panel beater from Erdington in Birmingham, have been together for ten years and conceived their long-awaited children after IVF treatment.
Scroll down for more... 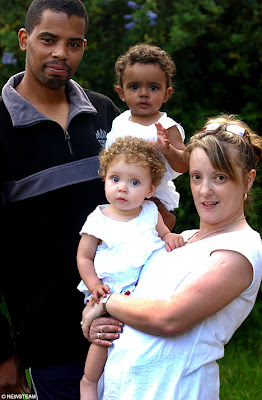 Michael and Amanda Biggs with twins Marcia, bottom, and Millie, top
Both come from families with a history of twins. Their own set were born by Caesarean section at Good Hope Hospital in Sutton Coldfield. Amanda said: "We never knew how different they were going to look. Their different appearance settled down after a few months, but it means that Millie now looks like her dad, with black hair and dark skin, and Marcia takes after me.
"But they're also now developing their own different personality. Marcia's the more laid-back, chilled one, and Millie's the crafty one."
Jane Denton, director of the Multiple Births Foundation, said: "This is an unusual case but it is difficult to say how rare. Nobody records the skin color of every twin in the UK. It wouldn't be politically correct to do such a thing.
"We have 10,000 twins a year in the UK and we can expect this to happen in certain situations.
"What has happened is that two separate eggs were fertilized by two separate sperm.
"The genes that go into defining skin color will be different which results in a combination of genes."
Posted by The Man at 9:31 AM No comments:

Kids are not the only ones that get their heads stuck 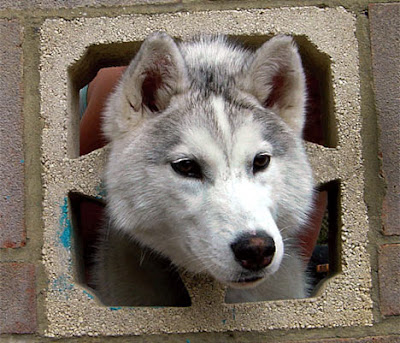 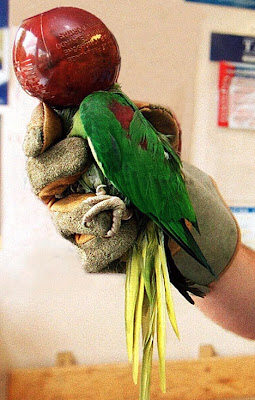 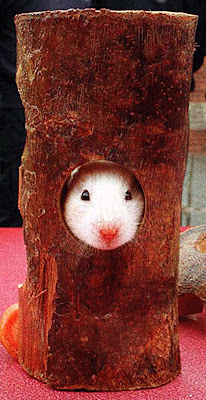 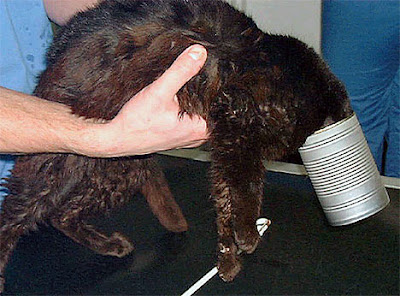 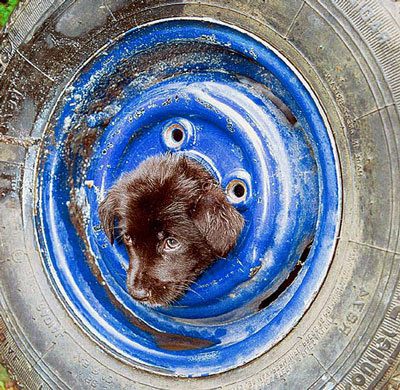 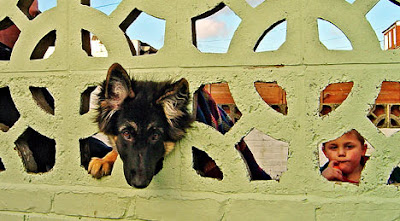 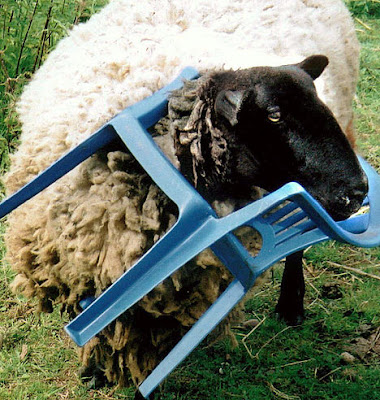 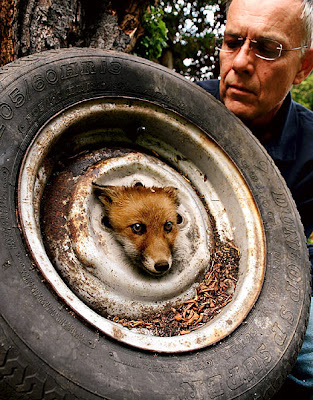 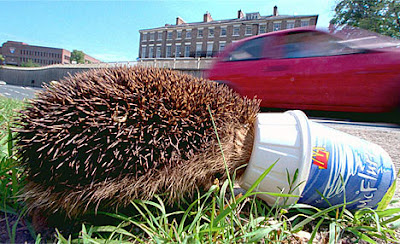 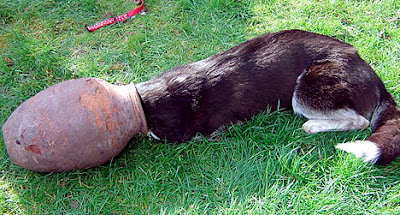