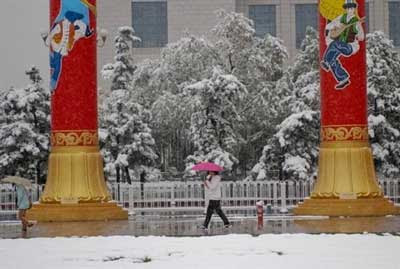 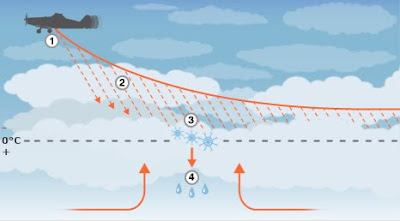 In February, snow fell after the authorities seeded clouds over Beijing in an attempt to alleviate the dry conditions.
However, many scientists - particularly in the UK - remain highly sceptical of the effectiveness of cloud seeding.
Even if it is theoretically possible, one of the problems for proponents has been to demonstrate that a rainfall or snowfall was caused by the seeding or simply occurred spontaneously.
In addition to cloud seeding, the government is building a huge network of tunnels and waterways that will funnel water from the south to the north, but the project is still five years from completion.
.
Posted by The Man at 5:49 PM 1 comment: