Playing with dolls is good for young boys, says toymaker

The best-known toymaker in France is seeking to counter the spread of video games by encouraging boys to play with dolls. Corolle has launched a campaign to persuade les filles to return to a product that they are abandoning and les garçons to join them. The company says that it hopes to prepare toddlers for an adult life as New Men — caring, sharing and looking after babies. Mathilde Gailly, marketing director at Corolle, said:“Today fathers spend a lot of time taking care of their babies, so there is no reason why boys should not start with dolls. “We have a lot of dolls dressed in pink. Why not some dressed in blue?” Mrs Gailly said that boys were happy to play with baby dolls, although not with Barbie-style toys. “They like giving bottles and changing nappies but not brushing hair and doing make-up.” Although dolls have been in existence for the more than 4,000 years, the company says that the modern child, female and male, needs help in understanding them. So it is setting up workshops in Paris this autumn where two nursery nurses, a man and a woman, will offer advice on how to feed, clothe and bathe them. 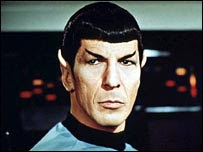 Deer has feeder removed from jaw

The deer had still been managing to feed

A deer which survived nine weeks with a metal bird feeder trapped in her mouth has had the object removed.
The wild deer, which has been named Mary, had still been managing to feed every night in Peter Sluggett's garden in Plymouth.
RSPCA officers managed to catch the deer on Wednesday night and were able to remove the feeder.
"She has become just like one of the family, we love her to bits. I can't thank them enough," said Mr Sluggett.

'Likes her food'
"It's clear the bird feeder had managed to get over the top of the lip and the teeth," said Neil Thomas from the RSPCA.

The deer only suffered a small bite to her tongue
The officers prepared a trap for the deer in Mr Sluggett's garden so they could catch her and remove the feeder.
She was not badly injured and was treated for a small bite to the tongue before being released.
"We have grown so used to her, we feed her every night and she really likes her food. "It's just fantastic," said Mr Sluggett.
Posted by The Man at 12:24 PM No comments:

Thought for the day... 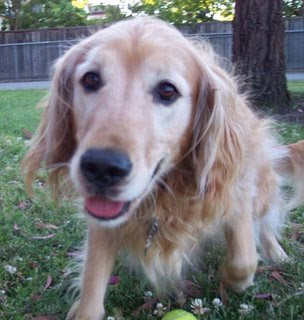 “May I always be the kind of person my dog thinks I am.”

Having a Bad Day at Bowling

"Does Polly want a Feather"

No one could possibly trained this parrot!!!
Here he's using one of his feathers to scratch his head.
Posted by The Man at 11:53 AM No comments:

Can You Do This? 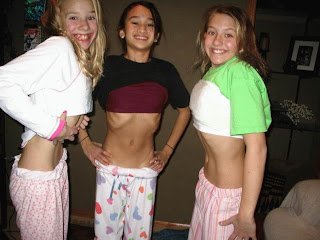