The Double Big Gulp and the Average Adult Human’s Stomach 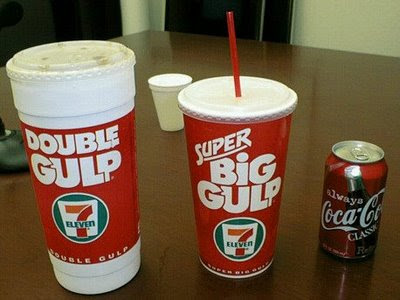 Court orders boy to clean bedroom and do chores
A boy who went on a rampage at home in the Republic of Ireland has been ordered by a judge to do the household chores for the next six months.
Judge Clare Leonard yesterday told the boy, 15, he must attend school, not lose his temper at home when his parents say "no", attend sporting clubs, and “clean his room and do cooking".
.
Queens
12-year-old girl Alexa Gonzalez from Queens was hauled out of school in handcuffs after getting caught doodling on desk
Alexa is the latest in a string of city students who have been cuffed for minor infractions. In 2007, 13-year-old Chelsea Fraser was placed under arrest for writing "okay" on her desk at Intermediate School 201. And in 2008, 5-year-old Dennis Rivera was cuffed and sent to a psych ward after throwing a fit in his kindergarten.
.
Wife laughs at husband with two left feet
.
Ex-Burger King employee breaks in, waits for police
.
NBC Serves Fried Chicken & Collard Greens
In Celebration Of Black History Month
.
Posted by The Man at 10:08 AM 1 comment: 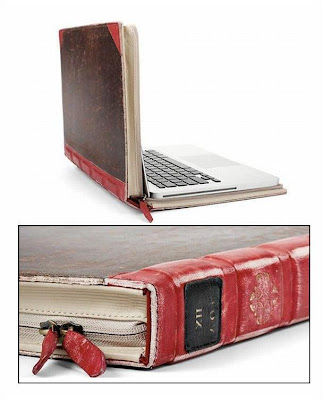 Six extra yolks in just one cartoon
A woman opening a box of eggs was left shell-shocked after beating odds of more than a trillion to one by cracking open six double-yolk eggs from the same carton.
. 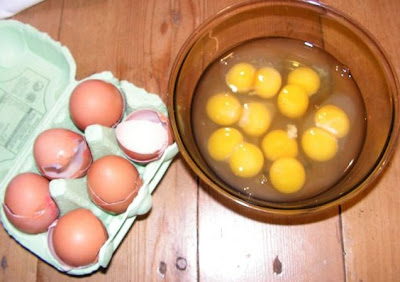 Giant snow sculptures attract thousands of tourists during a snow festival held in city of
Sapporo in Hokkaido. .
.
.
Posted by The Man at 9:43 AM No comments:

"I Have Been Prevented From Using My Own Driveway" 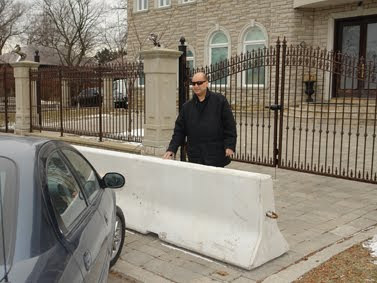 A blind man wakes up one morning and finds that the entrances to his driveway have been blocked by cement barriers. That man is suffering from physical disabilities has lost his sight and about two months ago underwent a kidney transplant. Naturally he could not witness with his own eyes the convoy which included a City of Toronto truck containing concrete blocks and two police vehicles, which arrived in his house and with a large crane blocked the two entrances to his driveway.
The city workers who blocked the driveway told Kadosh that it was too wide and needs to be narrowed down. They claimed they would do the job and then send him the bill. “The driveway was always this wide, even before I moved in. I never received any letter or even a phone call from them and the supervisor refused to give me a copy of the letter that was sent to my old address. The whole thing was done so quickly, in approximately half an hour so I couldn’t respond, and it was done in an insulting way with police on the scene. By blocking the driveway, they essentially prevented me from having access to my own house.”
The City of Toronto refused to comment on the issue. John Filion, a Toronto city councilor representing the ward Kadosh lives in, told Shalom Life that the driveway in Kadosh’s house is illegal. “There were more than ten cars parked on that driveway, making the whole thing illegal. He was given repeated notices to correct the illegalities and had ignored them.” Filion could not comment on the way the matter was handled by city employees or why the letter was sent to Kadosh’s old address in Thornhill.
Kadosh said that he never parked more than two cars on his driveway and so the city’s allegations were untrue.
.
Posted by The Man at 9:34 AM No comments: