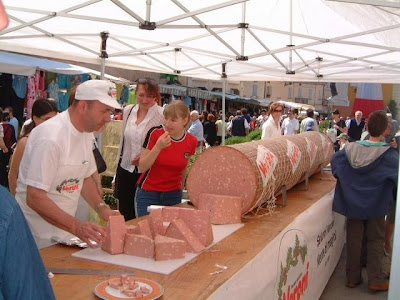 The boy who is allergic to food

When Kaleb Bussenschutt’s family sat down for his favorite meal of barbequed chicken on Monday night, he had to watch with envy, munching only on a cup of ice cubes.
Kaleb, 5, who lives with his family in Adelaide, South Australia, suffers from a rare allergy that means he cannot stomach any type of food.
Australian doctors are baffled by the child’s condition, which arose after his mother Melissa tried to wean him off breast milk when he was an infant.
"I tried giving him a little bit of a Vegemite sandwich or a tub of yoghurt, but it gave him constant diarrhea," Mrs Bussenschutt told The Times. "I knew something wasn’t right so I took him to hospital and they did a biopsy of his stomach and it showed that it was quite red and inflamed and full of ulcers."
Doctors initially thought Kaleb was milk or soy intolerant, so put him on a series of diets, including one consisting only of organic foods, but nothing seemed to work.
"We’ve tried everything," Mrs Bussenschutt said. "But from about the age of 18 months through to 5 he just increasingly got worse."
Kaleb’s condition became so bad last December that the Bussenschutts admitted him to hospital, where he did not stop vomiting for a week and would wake at 3am screaming in pain.
Doctors concluded that he suffers from multiple food allergies and intolerances and severe malabsorption, which means his body cannot cope with food. They are continuing to conduct tests to determine why he reacts so badly to food.
"All the doctors will tell me is that Kaleb is a very complicated child. No one knows what is wrong with him," Mrs Bussenschutt said.
.
Posted by The Man at 3:43 PM No comments: