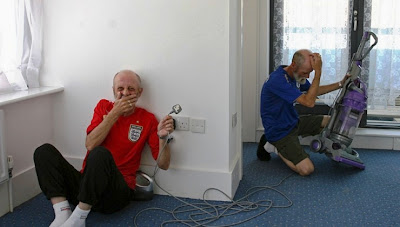 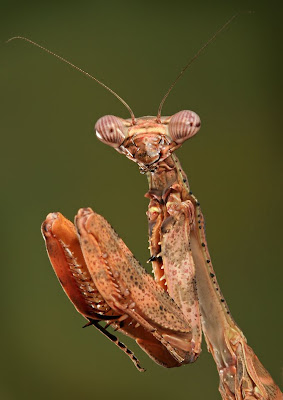 Q: Why do worms go onto the sidewalk when it rains? 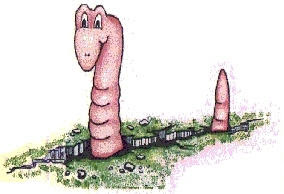 A: Most people assume that earthworms come to the surface during heavy rains to avoid drowning in their tunnels. In fact, worms can live totally submerged in water, so drowning isn’t the problem. But the rainwater that filters down through the ground contains very little oxygen, so the real reason earthworms come to the surface is to breathe.
Once above ground, earthworms are very sensitive to light, and even a brief exposure to the sun’s rays can paralyze them. Unable to crawl back into their burrows, they eventually dry out and die on the sidewalk. 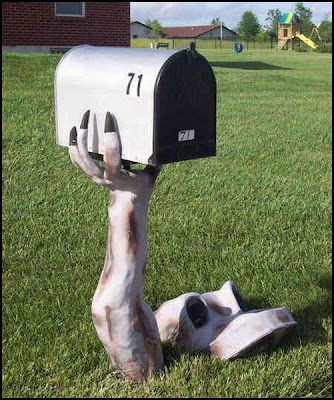 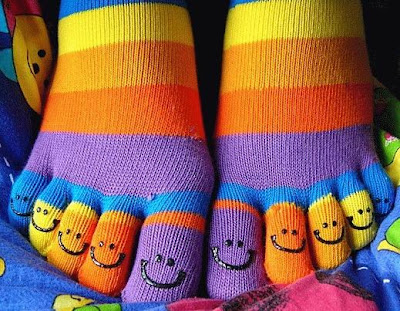 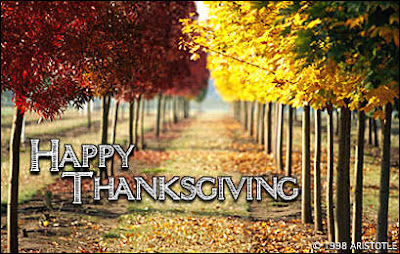 Try this Thanksgiving quiz.
http://home.aristotle.net/Thanksgiving/trivia.asp
Posted by The Man at 9:15 AM No comments:

Having kittens: Rabbit adopts new feline family
When veterinary nurse Melanie Humble took home a litter of kittens, she expected her cat Ellie to show some interest.
Instead it was her rabbit Summer who quickly developed a bond with the baby felines. Although only five-months-old, Summer has shown remarkable patience with the frisky five-week-old kittens, and lets them snuggle close to her. 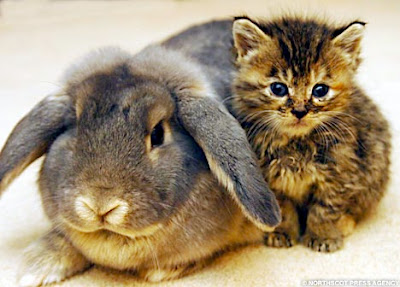 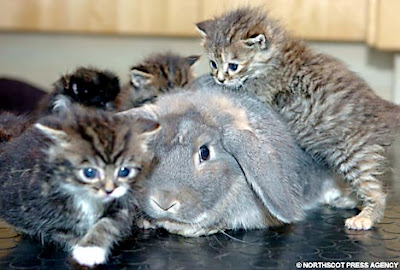 Summer the rabbit is mobbed by her new brood of kittens
"I brought Summer inside on bonfire night because I was worried about her being scared by fireworks," Melanie said.
"I did wonder how she would get on with the kittens tearing around the house, but she has been really great.
"I think they think she's their mum. She's a big, fat rabbit and she just sits there quite happily and lets them climb all over her. It is lovely to see them all together."
The kittens had been abandoned by their mother and were brought into the veterinary branch in Aberdeen where Melanie works. Melanie agreed to foster them until they reached eight-weeks-old. They were too small to feed themselves so Melanie has been giving them a special formula through a syringe every two to three hours.
"It's a bit of a full-time job," said Melanie.
"Wherever I go, the kittens have to go, too, but they're lots of fun."
Posted by The Man at 9:09 AM No comments: